It’s in the Tone: The Acoustics of Social Judgments and Linguistic Profiling, Aug. 20 at 1 p.m. ET

MELVILLE, N.Y., August 10, 2020 – The Acoustical Society of America (ASA) continues its series of virtual talks featuring acoustical experts as part of the International Year of Sound celebration. For the third presentation in the series, Nicole Holliday, an assistant professor of linguistics at the University of Pennsylvania, will examine how our voices convey meaning in their tone and what listeners perceive. Specifically, her virtual talk on Aug. 20 will reflect on what language can tell us about identity and inequality.

It’s in the Tone: The Acoustics of Social Judgments and Linguistic Profiling: Aug. 20 at 1 p.m. Eastern U.S. 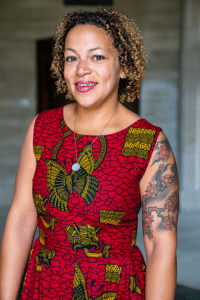 Using her work with parents from different races and their intonations to construct and perform racial identities, Holliday expands on how listeners make judgements about gender, age and race, and the assumptions made based on the voice itself instead of the words being spoken. She explains how those assumptions have implications for how marginalized groups and people experience the world, especially in institutions like education and the criminal justice system.

Holliday’s scholarly writing has appeared in journals, such as American Speech and Language in Society, and in general media outlets, such as NPR, Bloomberg News and The Washington Post.

The International Year of Sound is a global initiative to highlight the importance of sound-related sciences and technologies. For more information, visit https://sound2020.org/.

ABOUT ACOUSTICAL SOCIETY OF AMERICA

The Acoustical Society of America is the premier international scientific society in acoustics devoted to the science and technology of sound. Its 7,000 members worldwide represent a broad spectrum of the study of acoustics. ASA publications include The Journal of the Acoustical Society of America (the world’s leading journal on acoustics), Acoustics Today magazine, books, and standards on acoustics. The society also holds two major scientific meetings each year.