The days of grabbing a drink, brushing dust from your favorite record and playing it in the listening room of the house are long gone. Today, with the portability technology has enabled, almost everybody listens to music on their headphones. However, most commercially produced stereo music is mixed and mastered for playback on loudspeakers– this presents a problem for the growing number of headphone listeners. When a legacy stereo mix is played on headphones, all instruments or voices in that piece get placed in between the listener’s ears, inside of their head. This not only is unnatural and fatiguing for the listener, but is detrimental toward the original placement of the instruments in that musical piece. It disturbs the spatialization of the music and makes the sound image appear as three isolated lobes inside of the listener’s head [1], see Figure 1. 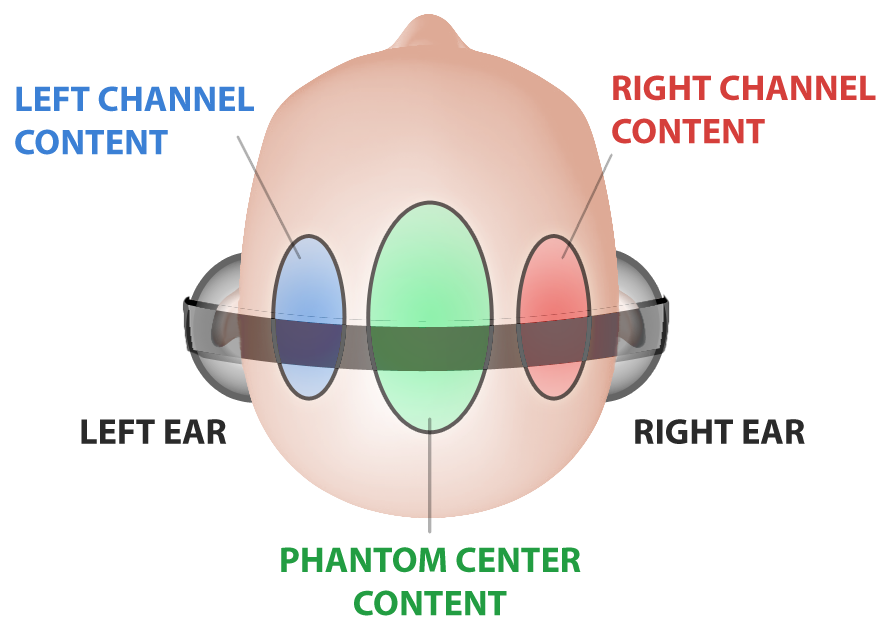 Hard-panned instruments separate into the left and right lobes, while instruments placed at center stage are heard in the center of the head. However, as hearing is a dynamic process that adapts and settles with the perceived sound, we have accepted headphones to sound this way [2].
In order to improve the spatialization of headphones, the listener’s ears must be deceived into thinking that they are listening to the music inside of a listening room. When playing music in a room, the sound travels through the air, reverberates inside the room, and interacts with the listener’s head and torso before reaching the ears [3]. These interactions add the necessary psychoacoustic cues for perception of an externalized stereo soundstage presented in front of the listener. If this listening room is a typical music studio, the soundstage perceived is close to what the artist intended. Our work tries to place the headphone listener into the sound engineer’s seat inside a music studio to improve the spatialization of music. For the sake of compatibility across different headphones, we try to make minimal changes to the mastering equalization curve of the music.
Since there is a compromise between sound quality and the spatialization that can be presented, we developed three different systems that present different levels of such compromise. We label these as Type-I, Type-II, and Type-0. Type-I focuses on improving spatialization but at the cost of losing some sound quality, Type-II improves spatialization while taking into account that the sound quality is not degraded too much, and Type-0 focuses on refining conventional listening by making the sound image more homogeneous. Since the sound quality is key in music, we will skip over Type-I and focus on the other two systems.
Type-II, consists of a head related transfer function (HRTF) model [4], room reverberation (synthesized reverb [5]), and a spectral correction block. HRTFs embody all the complex spatialization cues that exist due to the relative positions of the listener and the source [6]. In our case, a general HRTF model is used which is configured to place the listener at the “sweet spot” in the studio (right and left speakers placed at an angle of 30° from the listener’s head). The spectral correction attempts to keep the original mastering equalization curve as intact as possible.
Type-0, is made up of a side-content crossfeed block and a spectral correction block. Some headphone amps allow crossfeed between the left and right channels to model the fact that when listening to music through loudspeakers, each ear can hear the music from each speaker with a delay attached to the sound originating from the speaker that is furthest away. A shortcoming of conventional crossfeed is that the delay we can apply is limited (to avoid comb filtering) [7]. Side-content crossfeed resolves this by only crossfeeding unique content between the two channels, allowing us to use larger delays. In this system, the side-content is extracted by using a stereo-to-3 upmixer, which is implemented as a novel extension to Nikunen et al.’s upmixer [8].
These systems were put to the test by conducting a subjective evaluation with 28 participants, all between 18 to 29 years of age. The participants were introduced to the metrics that were being measured in the beginning of the evaluation. Since the first part of the evaluation included specific spatial metrics which are a bit complicated to grasp for untrained listeners, we used a collection of descriptions, diagrams, and/or music excerpts that represented each metric to provide in-evaluation training for the listeners. The results of the first part of the evaluation suggest that this method worked well.
We were able to conclude from the results that Type-II externalized the sounds while performing at a level analogous to the original source in the other metrics and Type-0 was able to improve sound quality and comfort by compromising stereo width when compared to the original source, which is what we expected. Also, there was strong content-dependence observed in the results suggesting that a different setting of improving spatialization must be used with music that’s been produced differently. Overall, two of the three proposed systems in this work are preferred in equal or greater amounts to the legacy stereo mix. 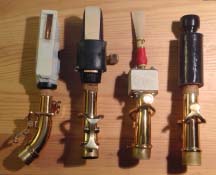