The considerable attention that the Internet of Things (IOT) received in the recent years, has led to the development of low-cost and miniaturized devices. One of the fields that had a chance to benefit from this development is the Body Area Network (BAN), which is a network across the human body used to connect wearable and implantable devices.

Traditionally, Radio Frequency signals are used for the communication between devices across the BAN, which suffer from high losses and lack of security. Recently, electro-quasistatic human body communication, that uses the body as a wire, has emerged as an alternative – enabling low-power communication, and ultra-low leakage from human body (Das et al., 2019).
Acoustic waves have a better ability than Radio Frequency waves to propagate through water-dominant media, like the human body, besides being safe and physically secured in the body. Hence, ultrasounds present a promising alternative for the communication between wearable and/or implantable devices across the BAN.

In this work, a theoretical study was presented to explore the possibility of using ultrasounds for the communication between devices attached on the body. The ultrasound waves are confined inside the human tissues (muscle, fat and skin), thus a secure communication can be achieved, making it difficult for eavesdroppers to snoop the transmitted signal. (see Figure 1). 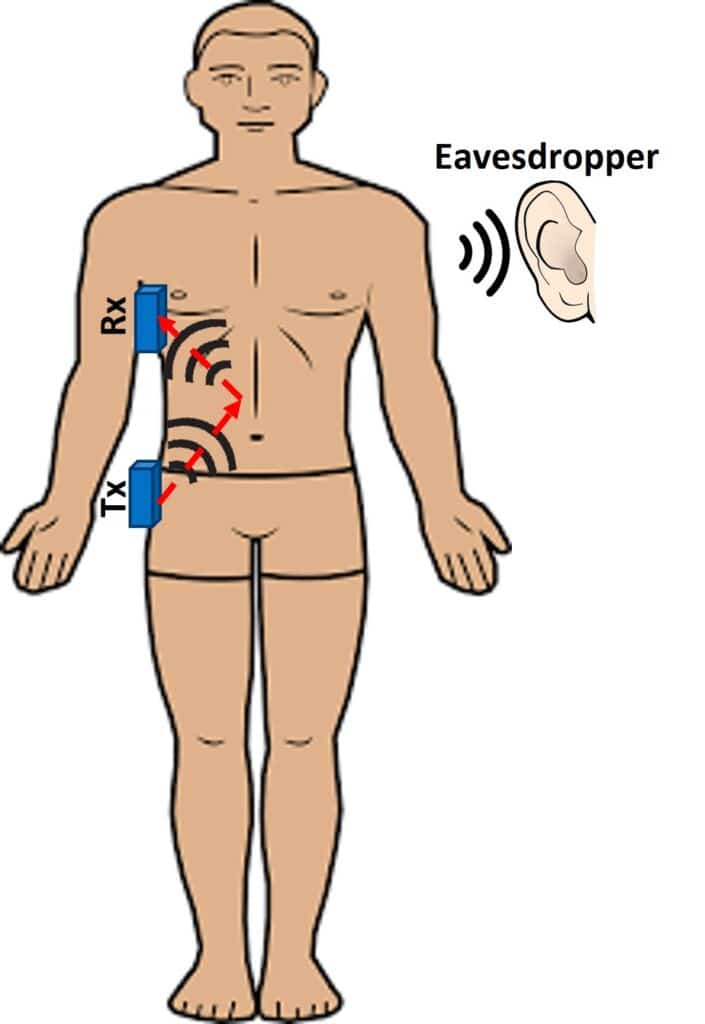 The confinement is achieved by avoiding the bone, a highly-attenuative tissue (has an attenuation of almost an order of magnitude higher than the other main tissues of the body), by having a total internal reflection on the bone/muscle interface through oblique incidence of ultrasounds on that interface. From the other side, the high acoustic impedance mismatch between the air and the skin, the outer layer of the human body, allows high reflection of the signal at the skin/air interface (~99.9%), thus confining most of the signal inside the body. By using directional acoustic wave propagation through the body and using total internal reflection, besides avoiding the bone, non-line-of-sight communication can be achieved as well between wearable devices with longer separations. This communication mechanism might be suitable in regions with thick bone (e.g. the leg).

Simulations are performed at an acoustic frequency of 100 kHz on a simplified cylindrical-shaped human body model, consisting of concentric layers of the four main tissues that form the human body: bone, muscle, fat and skin.

Total internal reflection on the bone is shown in Figure 2 , where a transmitter is placed in location A and the receiver should be placed in location B. Figure 3(a) shows a ray tracing for the transmitted acoustic wave from the transmitter to the receiver, while Figure 3(b) shows the power density distribution at the receiver site. A communication between wearable devices across a distance of around 1m is shown to be possible with losses < 50 dB and with leakage signal which is >20 dB below the received signal, hence making the communication secure. 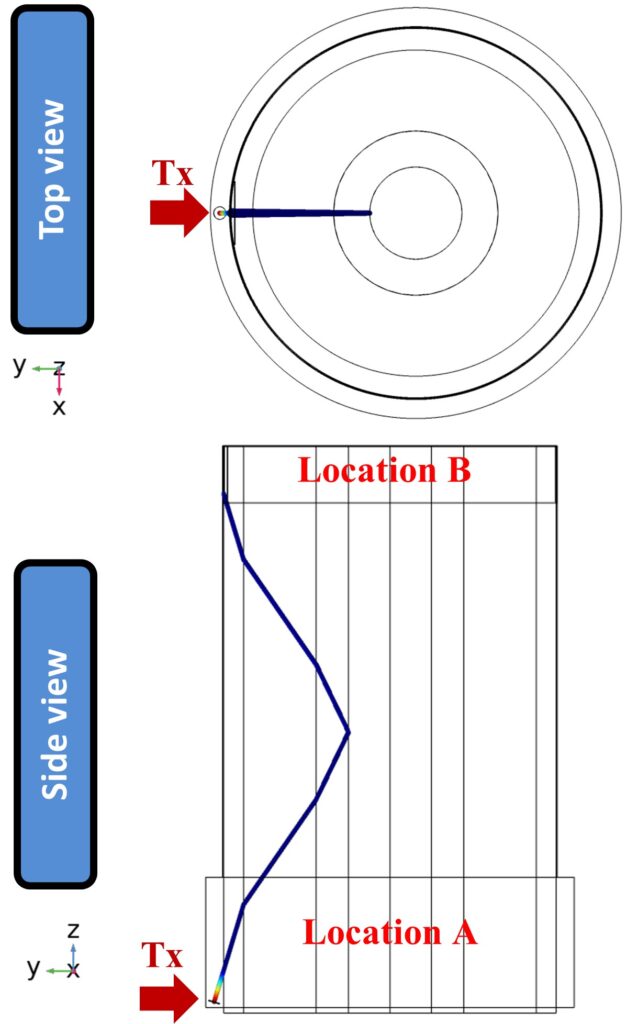 Figure 2. Total internal reflection of the acoustic waves on the bone. 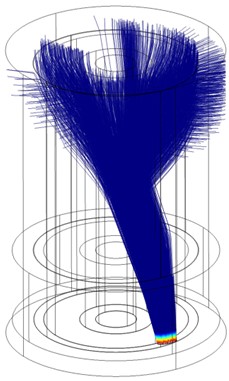 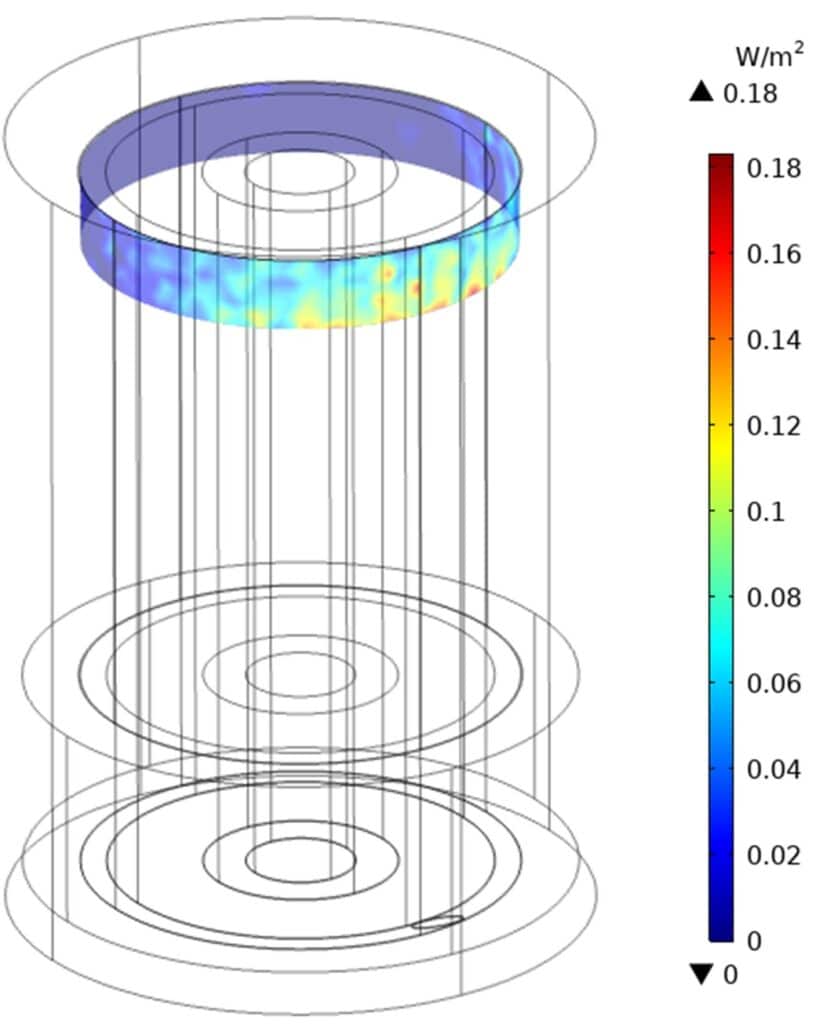 Figure 3(b). Power density distribution at the receiver site.