Popular version of 2aSA1-Directional passive acoustic structures inspired by the ear of Achroia grisella, presented at the 183rd ASA Meeting.

When most people think of microphones, they think of the ones singers use or you would find in a karaoke machine, but they might not realize that much smaller microphones are all around us. Current smartphones have about three or four microphones that are small. The miniaturization of microphones is therefore a desire in technological development. These microphones are strategically placed to achieve directionality. Directionality means that the microphone’s goal is to discard undesirable noise coming from directions other than the speaker’s as well as to detect and transmit the sound signal. For hearing implant users this functionality is also desirable. Ideally, you want to be able to tell what direction a sound is coming from, as people with unimpaired hearing do.

But dealing with small size and directionality presents problems. People with unimpaired hearing can tell where sound is coming from by comparing the input received by each of our ears, conveniently sitting on opposite sides of our heads and therefore receiving sounds at slightly different times and with different intensities. The brain can do the math and compute what direction sound must be coming from. The problem is that, to use this trick, you need two microphones that are separated so the time of arrival and difference in intensity are not negligible, and that goes against microphone miniaturization. What to do if you want a small but directional microphone, then?

When looking for inspiration for novel solutions, scientists often look to nature, where energy efficiency and simple designs are prioritized in evolution. Insects are one such example that faces the challenge of directional hearing at small scales. The researchers have chosen to look at the lesser wax moth (fig 1), observed to have directional hearing in the 1980s. The males produce a mating call that the females can track even when one of their ears is pierced. This implies that, instead of using both ears as humans do, these moths’ directional hearing is achieved with just one ear. 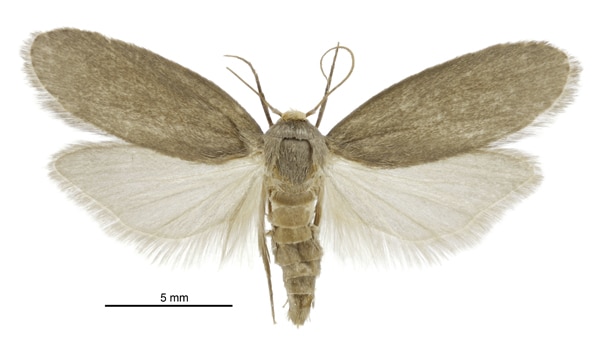 The working hypothesis is that directionality must be achieved by the asymmetrical shape and characteristics of the moth’s ear itself. To test this hypothesis, the researchers designed a model that resembles the moth’s ear and checked how it behaved when exposed to sound. The model consists of a thin elliptical membrane with two halves of different thicknesses. For it, they used a readily available commercial 3D printer that allows customization of the design and fabrication of samples in just a few hours. The samples were then placed on a turning surface and the behavior of the membrane in response to sound coming from different directions was investigated (fig 2). It was found that the membrane moves more when sound comes from one direction rather than all the others (fig 3), meaning the structure is therefore passively directional. This means it could inspire a single small directional microphone in the future. 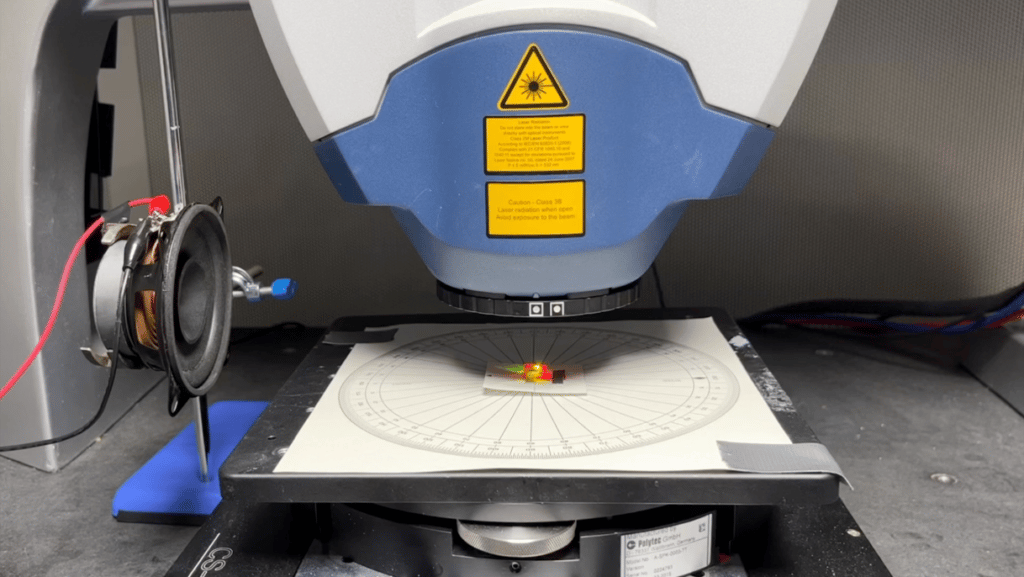 Laboratory setup to turn the sample (in orange, center of the picture) and expose it to sound from the speaker (left of the picture). Researcher’s own picture. 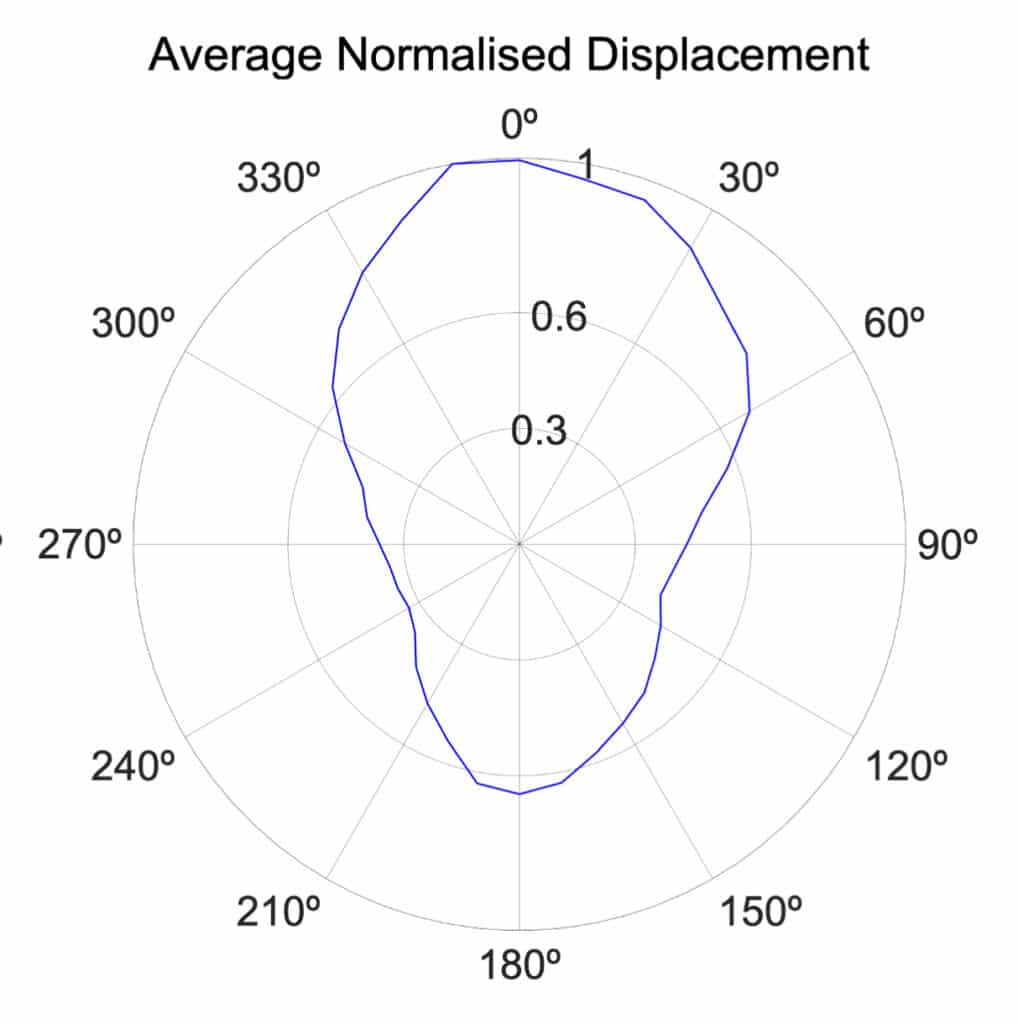 Image adapted from Lara Díaz-García’s original paper. Sounds coming from 0º direction elicit a stronger movement in the membrane than other directions.