This presentation examines how electric guitar effects helped pave the road to modern rock and roll music. Distortion effects provide sustain for the guitar similar to other core-ensemble instruments like the violin and piano in classical music. Distortion can also make the sound brighter to heighten the often aggressive sound of rock music. Other effects, like the chorus, phaser, and flanger, can help make the guitar sound much wider, something we are also used to listening to with classical orchestras. To some extent, electrical guitar effects substituted for and expanded upon the room reverberation that typically accompanies classical music, and they were instrumental in producing stereo Rock ‘n’ Roll records that provide spatial width, something old mono records do not provide. While often having favorable sound-color characteristics, the sound of mono recordings sits static in between both ears when listening through headphones or earbuds. This phenomenon, which is called inside-the-head locatedness, is not apparent when listening through a loudspeaker. Without electric sound effects, the electric guitar would not have become the distinctive instrument that Jimi Hendrix, Link Wray, Chuck Berry, and others defined.

Figure 1: Schematic depicting the stereo image (left/right balance) for examplary stereo recordings. Left: In Jazz albums like Miles Davis’ Kind of Blue, placing instruments to the left, center, or right worked well because of the transparent sound ideal of the genre; Center: Early rock/pop songs like the Beatles’ “Helter Skelter” used the same approach with less success; Right: Electronic effects later made it possible to widene the instrument sounds like it is the case for Nirvana’s “Smells like teen spirit” — reflecting the genre’s sound ideal to perceptually fuse sounds together.

A brief survey was conducted to investigate the extent to which electrical sound effects provide a desirable guitar sound beyond the sustain and spatial qualities these effects can provide. The outcome for a group of 21 participants (guitarist and non-guitarists) suggests that listeners have their distinct preferences when listening to a blues solo. It appears that they prefer some but not all distortion effects over a clean, non-distorted sound. 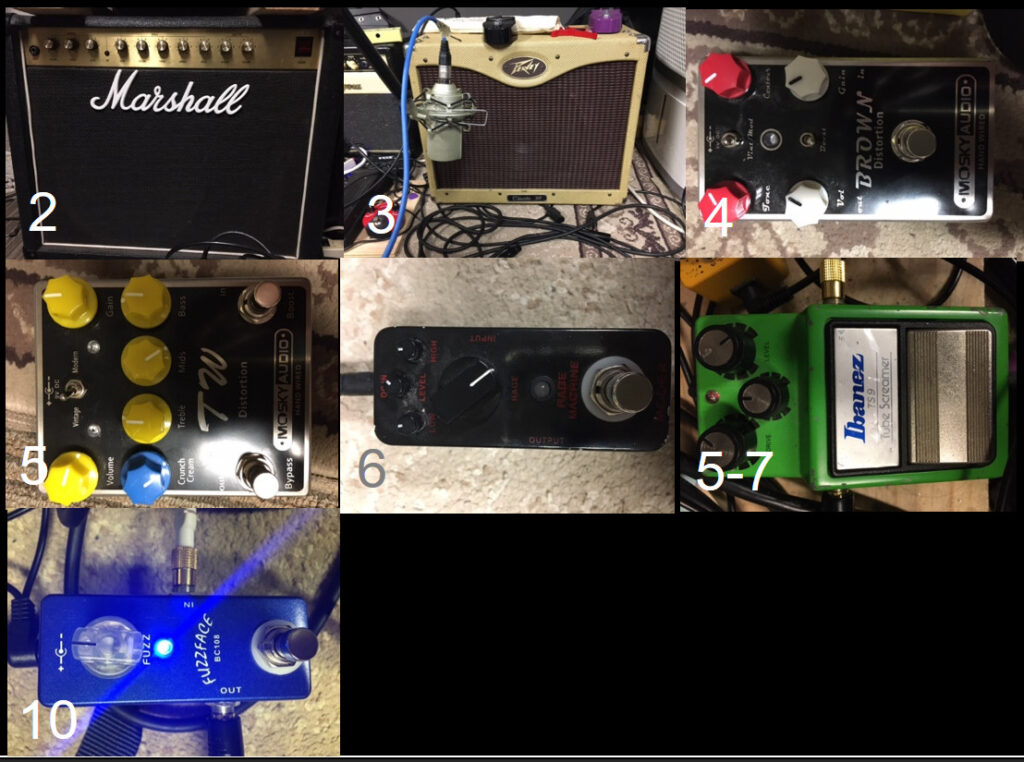 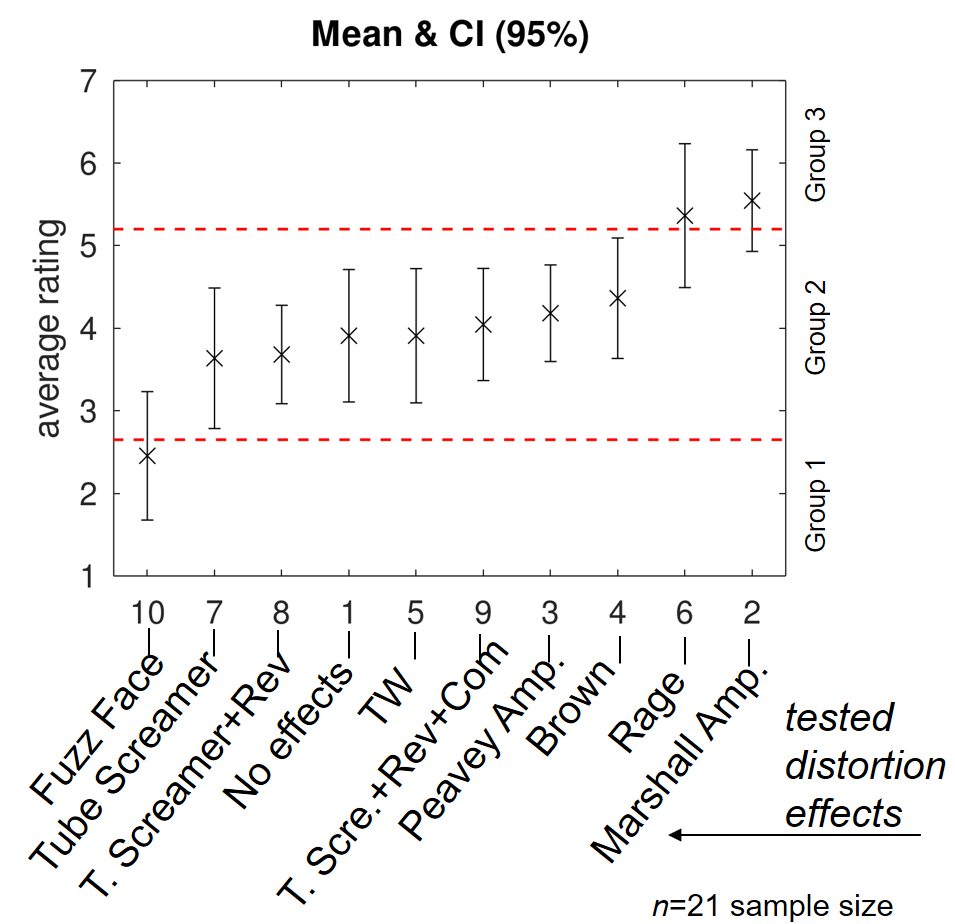 Figure 3: Results of the listening survey. The average preference over 21 listener is shown as a function of 10 different guitar distortion effects that were used in the survey. Three percpetually distinct groups were found.  Two effects rated significantly higher than the other eight, and one effect was rated significantly lower than all other ones. The clean (no effect) condition was in the center group, so dependent on the type of distortion, the effect can make the guitar sound better or worth.