The Sound of Drones

Good afternoon, dear readers! I represent a research team from Russia and in this brief sci-pop summary, I would like to tell you about the essence of the work carried out recently. Our main goal was to study the sound generated by drones during flight in order to solve the problems of their automatic finding and recognition. It’s no secret that unmanned aerial vehicles or drones are now developing and progressing extremely fast. The drones are beginning to be used everywhere, for example, for filming, searching for missing people, delivery of documents and small packages. Obviously, over time, the number of tasks completed and the number of unmanned aerial vehicles will continue to increase. This will inevitably lead to an increase in the number of collisions in the air >.

Last year, as part of our expedition to the Arctic region, we personally encountered a similar problem.

Our expeditionary team used two drones to photograph a polar bear, which nearly caused them to collide. That is, two quadrocopters almost collided in circumstances when there was no other drone within a radius of a thousand kilometers. Imagine the danger of air traffic, when many devices are flying nearby? Within the framework of civilian use, such a problem can be solved by using active radio beacons on drones, but in official use, for example, in military tasks, it is obvious that such systems will be unacceptable. To solve such problems, a large number of optical systems for recognizing drones have already been created, but they do not always give a accurate results and often significantly depend on weather conditions or the time of day. That is why our research group has set itself the goal of studying the acoustic noise generated by unmanned aerial vehicles, this will allow us to find new ways to solve the urgent problem of detecting and determining the location of drones.

In the course of the experiments, the sound generated by typical electric motors of drones with the installation of propellers with different numbers of blades were studied in detail. The analysis of the results obtained allowed us to conclude that the main factor to the noise is created by the rotational speed of the blades, which is equal to the rotational speed of the engine shaft, multiplied by the number of blades. At the same time, due to the presence of small defects in the blades, the sound of each specific blade are slightly different. The studies also examined the noise generated by two popular household drone models DJI Mavic 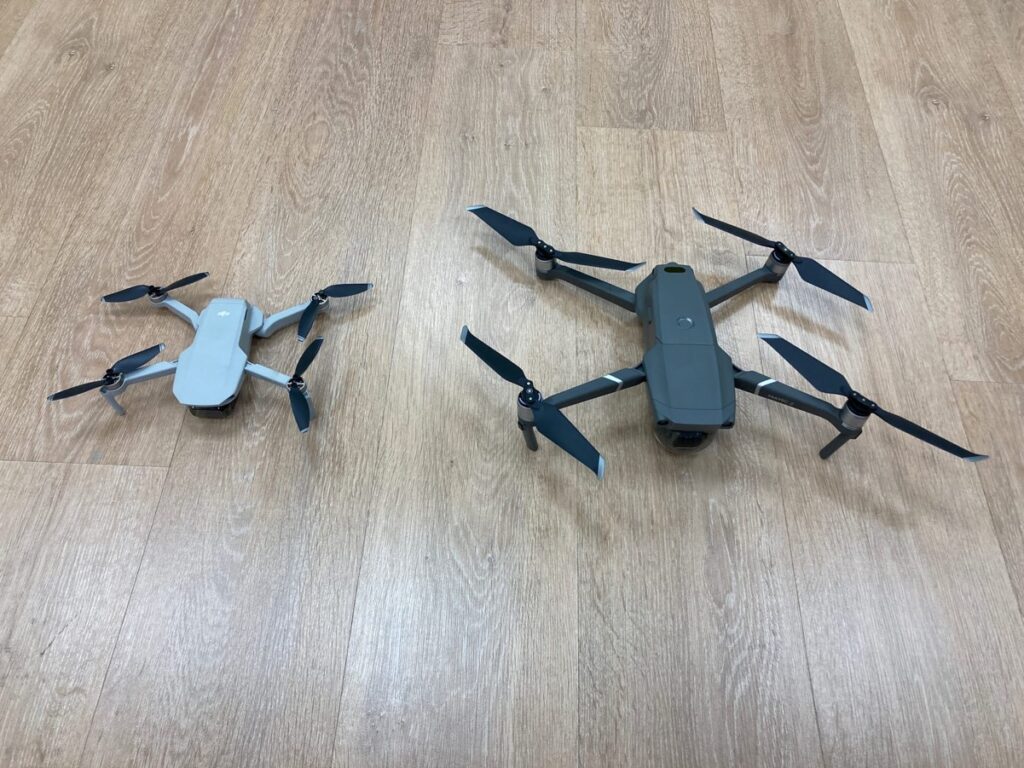 Used household drone models DJI Mavic.  in dense urban environments with high levels of urban acoustic noise. It was found that at distances exceeding 30 meters, the acoustic signal level disappears in the background to urban noise, which can be explained by the small size and small power of the models studied. Undoubtedly, outside the city or in a quiet place, the detection range of drones will be significantly greater. In the course of the experiments, it was found that the main sound generated by drones lie in the frequency range 100 – 2000 Hz 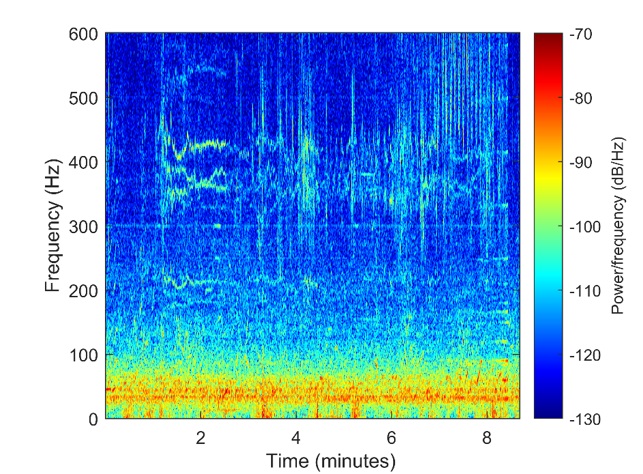 In addition to field experiments, mathematical modeling was also carried out, the results of which coincide with the obtained experimental data. An algorithm based on the use of artificial neural networks technology has been developed for automated recognition of drones. At the current time, the algorithm allows detecting a drone with a 94% accuracy. Unfortunately, the probability of false positives is still high and amounts to about 12%. This will require us to carry out in the near future both additional research and work on a significant improvement of the recognition algorithm.