Tranquillity Trails in the city?

Tranquil spaces can be found and made in the city, and their promotion and use by residents and visitors is an important means of building resilience. Studies have shown that spaces rated by visitors as tranquil are more likely to produce higher levels of relaxation and less anxiety that should ultimately result in health and well-being benefits.

Such spaces can therefore be classed as restorative environments. Tranquil spaces are characterized by a soundscape dominated by natural sounds and low levels of man-made noise. In addition, the presence of vegetation and wild life has been shown to be an important contributory factor. Levels of rated tranquillity can be reliably predicted using a previously developed model called TRAPT, and then used it to design and identify tranquil spaces, improve existing green spaces and develop Tranquillity Trails to encourage usage.

Tranquillity Trails are walking routes designed to enable residents and visitors to reflect and recover from stress while receiving the benefits of healthy exercise. This paper describes Tranquillity Trails designed for three contrasting areas. Predictions of the rated tranquillity have been made along these routes and feedback from users was elicited at one site that confirmed the expected benefits.

The aim is to design a route that starts near the center, is simple and safe to follow and will allow users to experience a relatively degree of tranquility despite being in an urban area. Clearly the challenge is greater in a city with higher concentrations of people and traffic than for a town. The first three TTs designed are in Bradford, Kingsbridge and Guildford. These are all in England, though further ones are currently being develop in the US, Ireland and Hong Kong.

Below is an example of a Tranquillity Trail leaflet for Guildford, a large town in the UK. It is folded into three panels for ease of handling. A pdf file of the leaflet can be downloaded from: 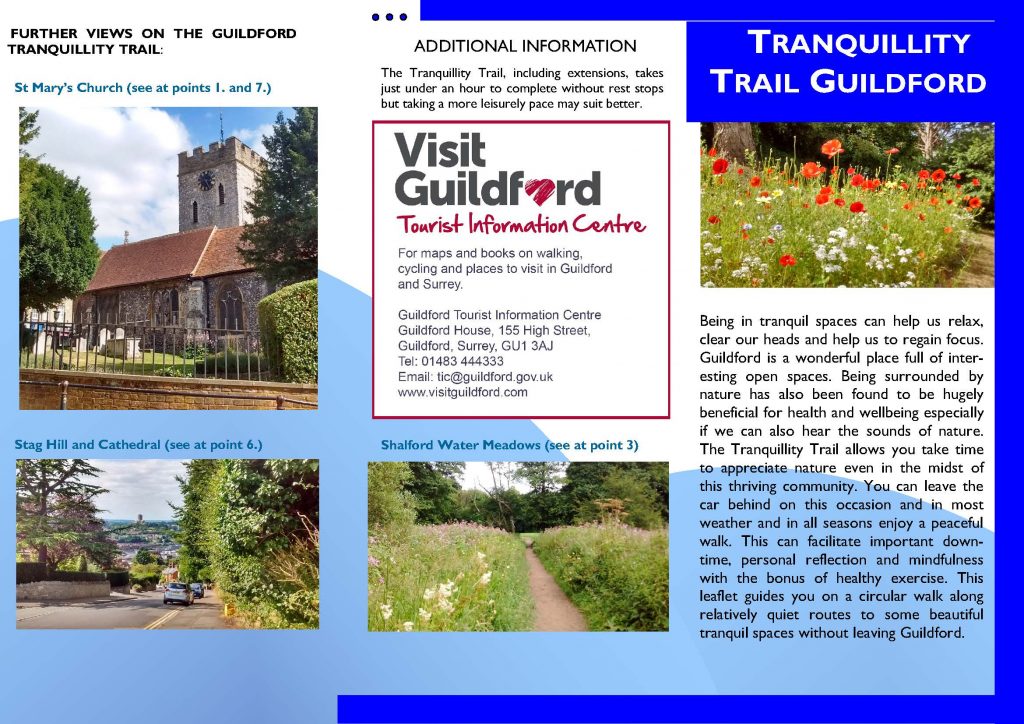 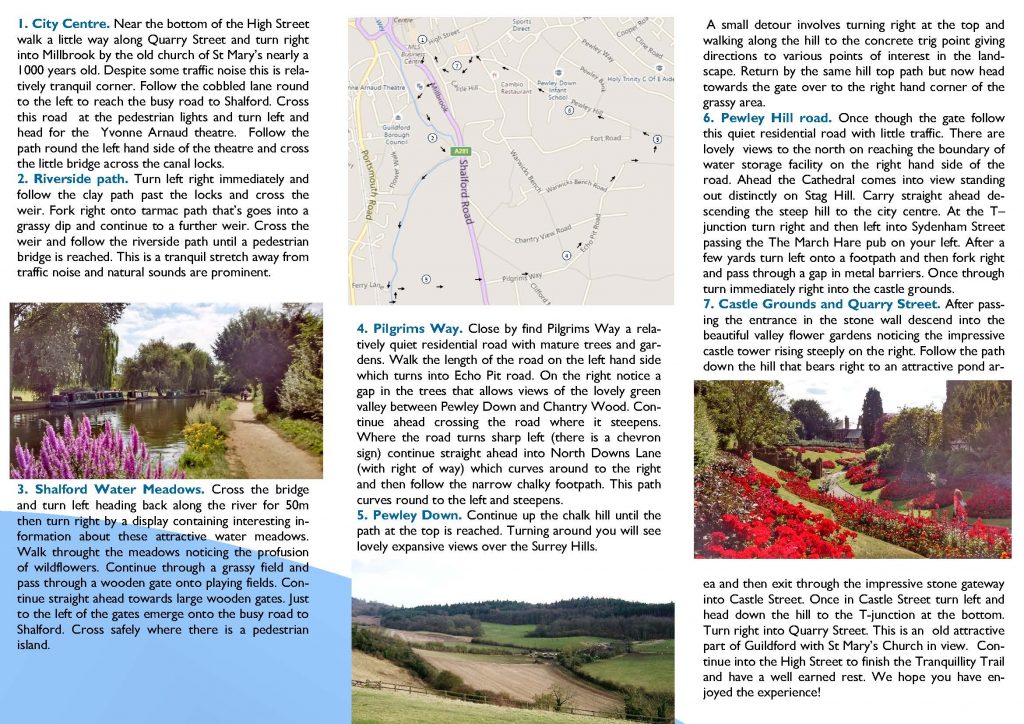 In addition, an app for a smart mobile devices describing interesting features of this route together with a map and cursor showing current position is freely available from:  http://www.handheldtours.co.uk/