The “Sounds of Silence” at a Wildlife Conservation Center

The acoustic environment is essential to wildlife, providing vital information about prey and predators and the activities of other living creatures (biophonic information) (Wilson, 1984), about changing weather conditions and occasionally geophysical movement (geophonic), and about human activities (anthrophonic) (Krause 1987). Small sounds can be as critical as loud, depending on the species trying to listen. Some hear infrasonically (too low for humans, generally considered below 20 Hz), others ultrasonically (too high, above 20 kHz). Biophonic soundscapes frequently exhibit temporal and seasonal patterns, for example a dawn “chorus”, mating and nurturing calls, diurnal and crepuscular events.
Some people are attracted to large parks due in part to their “peace and quiet” (McKenna 2013). But even in a desert, a snake may be heard to slither or wind may sigh between rocks. Does silence in fact exist? Finding truly quiet places, in nature or the built environment is increasingly difficult. Even in our anechoic chamber, which was purpose built to be extremely quiet, located in the heart of our now very crowded and busy urban campus, we became aware of infrasound that penetrated, possibly from nearby construction equipment or from heavy traffic that was not nearly as common when the chamber was first built more than 30 years ago. Is anywhere that contains life actually silent?

Figure 1: In the top window, the waveform in blue indicates the amplitude over time each occasion that a pulse of sound was broadcast in the anechoic chamber, as shown in the spectrogram in the lower window, where the frequency is shown over the same time, and the color indicates the intensity of the sound (red being more intense than blue). Considerable very low frequency sound was evident and can be seen between the pulses in the waveform (which should be silent), and throughout at the bottom of the spectrogram. The blue dotted vertical lines show harmonics that were generated within the loudspeaker system. (Measurements shown in this study were by a Roland R26 recorder with Earthworks M23 measurement microphones with frequency response 9Hz to 23kHz ±1/-3dB)

As human populations increase, so do all forms of anthrophonic noise, often masking the sounds of nature. Does this noise cease at night, especially if well away from major cities and when humans are not close-by? This study analyzed the soundscape continuously recorded beside the southern white rhinoceros (Ceratotherium simum simum) enclosure at Fossil Rim Wildlife Center, about 75 miles southwest of Dallas Texas for a week during Fall 2013, to determine the quietest period each night and the acoustic environment in which these periods tended to occur. Rhinos hear infrasound, so the soundscape was measured from 0.1 Hz to 22,050 kHz. Since frequencies below 9 Hz still need to be confirmed however, these lowest frequencies were removed from this portion of the study. 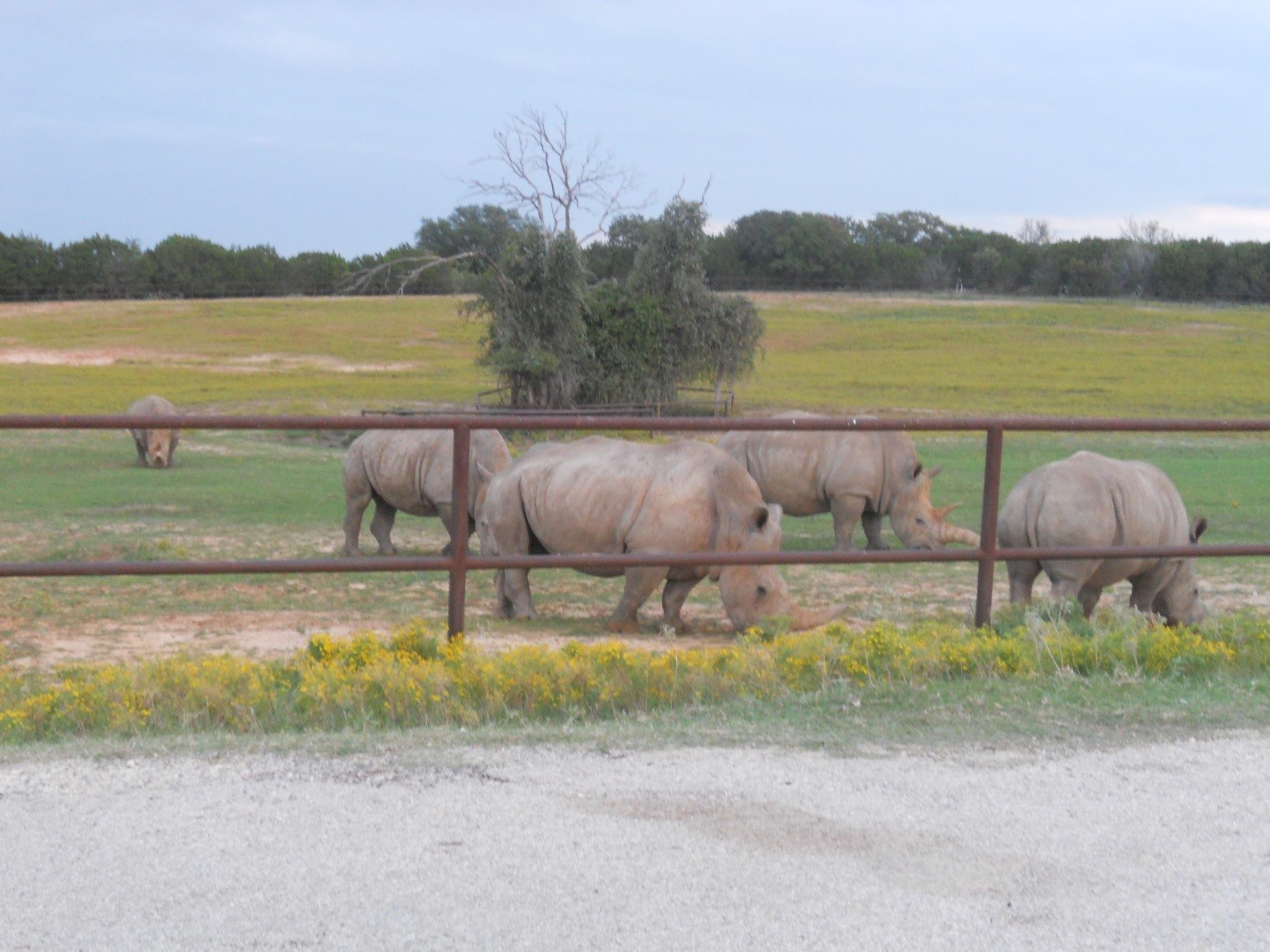 Figure 2: Part of the white rhinoceros enclosure of Fossil Rim Wildlife Center, looking towards the tree line where the central recorder was placed

Figure 3 illustrates the rhythm of a day at Fossil Rim as shown by the sound level of a fairly typical 24 hours starting from midnight, apart from the evening storm. As often occurred, the quietest period was between midnight and the dawn chorus.

Figure 3: The sound pressure level throughout a relatively quiet day at the rhino enclosure. The loudest sounds were normally vehicles, machinery, equipment, aircraft, and crows. The 9pm weather front was a major contrast.
While there were times during the day when birds and insects were their most active and anthrophonic noise was not heard above them, it was discovered that all quiet periods contained anthrophonic noise, even at night. There was generally a low frequency, low amplitude hum – at times just steady and machine-like and not yet identified – and depending on wind direction, often short hums from traffic on a state highway over a mile away. Quiet periods ranged from a few minutes to almost an hour, usually eventually broken by anthrophonic sounds such as vehicles on a nearby county road, high aircraft, or dogs barking on neighboring ranches. However there was also a strong and informative biophonic presence – from insects to nocturnal birds and wildlife such as coyotes, to sounds made by the rhinos themselves and by other species at Fossil Rim. Geophonic intrusions were generally wind, thunder or rain, possibly hail.
The quietest quarter hour was about 4am on the Friday depicted in figure 3, but even then the absolute sound pressure level averaged 44.7 decibels, about the level of a quiet home or library. The wind was from the south southeast around 10 to 14 mph during this time. Audio clip 1 is the sound of this quiet period.

Figure 4: The quietest quarter hour recorded at Fossil Rim appears between the vertical red selection lines, with an average absolute sound pressure level of 44.5 decibels. The fairly constant waveform shown in blue in the top graph and the low frequency noise at the bottom of the spectrogram seemed to comprise the machine-like hum, the distant traffic hum which varies over time, and insects. The blue flashes between 3 and 5 Hz were mainly bird calls.
By contrast, the loudest of the “quietest nightly periods” was less than six minutes long, around 5am on Wednesday 23rd October, as shown between the vertical red lines in figure 5. Despite being the quietest period that night, it averaged a sound pressure level of 55.5 decibels, which is roughly the equivalent of a spoken conversation.

Figure 5: The loudest “quietest period each night” reveals broadband machine noise (possibly road work equipment somewhere in the district?) which continued for some hours and appears as the blue flecks across all frequencies. The horizontal blue line at 16.5 kHz is characteristic of bats. All species identification is being left to biologists for confirmation. Audio clip 2 is this selection.

Either side of the “quiet” minutes were short bursts of low frequency but intense truck and/or other machine noise indicated in red, some of which partially covered a clang when a rhino hit its fence with its horn, and distant barks, howls, moos and other vocalizations. The noise may have masked the extremely low frequency hums and insects that had been apparent on other nights or to have caused the insects to cease their activity. The strata below 2.5 kHz appear more ragged, indicating they are not being produced in such a uniform way as on quieter nights, and they are partially covered by the blue flecks of machine noise. However the strata at 5.5, 8.5, 11 and especially at 16.5 kHz that appeared on other nights are still evident. They appear to be birds, insects and bats. Audio clip 3 contains the sounds that broke this quiet period.

At no point during the entire week was anything closely approaching “silence” apparent. Krause reports that healthy natural soundscapes comprise a myriad of biophony, and indeed the ecological health of a region can be measured by its diverse voices (Krause 1987). However if these voices are too frequently masked or deterred by anthrophonic noise, animals may be altered behaviorally and physiologically (Pater et al, 2009), as the World Health Organization reports to be the case with humans who are exposed to chronic noise (WHO 1999). Despite some level of anthrophonic noise at most times, Fossil Rim seems to provide a healthy acoustic baseline since so many endangered species proliferate there.
Understanding soundscapes and later investigating any acoustic parameters that may correlate with animals’ behavior and/or physiological responses may lead us to think anew about the environments in which we hold animals captive in conservation, agricultural and even domestic environments, and about wildlife in parts of the world that are being increasingly encroached upon by man.