Miniature microphones are a technology that everyone uses everyday without thinking about it. They are used in smartphones, laptops, tablets, and more recently in smart home equipment. However, working with sound technology always means there are issues, like how to deal with background noise. Engineers have always looked for ways to make technology better, and in miniature microphones one of the paths for improvement has been to look at how insects hear. If you want to design a really small microphone, then why not look at how the ear of a really small animal works?

In the 1990’s researchers discovered that a small fly (Ormia ochracea) had a very directional ear. That is, it can tell the direction that sound was coming from with a lot higher accuracy than predicted. Since that discovery many engineers have made attempts to make microphones copying the mechanism in the Ormia ear. Much of the effort has spent been trying to get round the problem that the Ormia is only interested in hearing one specific frequency. Humans want microphones that cover all the frequencies we can hear. Why bother copying this insect ear? If you could make a tiny directional microphone then a lot of background noise drops simply because the microphone points towards the person speaking.

At Strathclyde we have developed a variety of microphones based on the Ormia ear mechanism. The main push in this work has been to try and get more sensitive microphones working across more frequencies. To do this we have put four microphones into one Ormia type design, as in Figure 1. So instead of a single frequency, the microphone works as a miniature directional microphone across four main frequencies [1]. 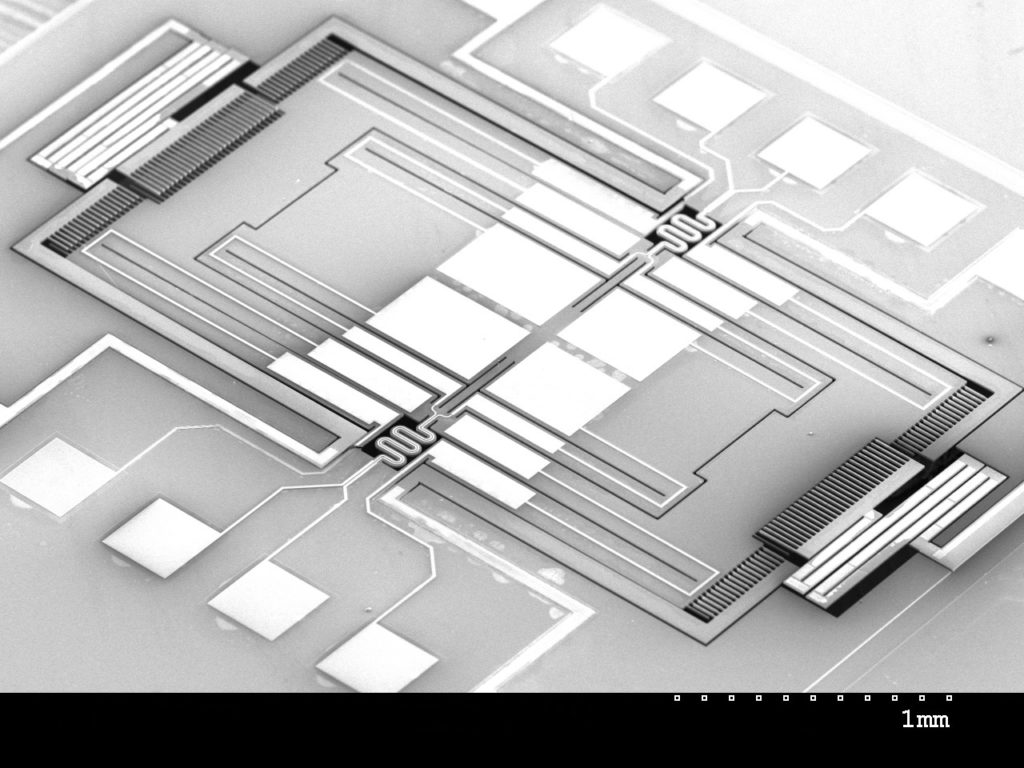 Work on the Ormia system at Strathclyde encouraged us to think of other things that insect ears do, and their structure, to see if there are other advantages to find. This work has taken two main themes. Firstly, many hearing systems in nature are not just simple mechanical systems; they are active sensors. That is they change how they function depending on what sound they’re listening to. So for a quiet sound they increase the amplification of the signal in the ear, or for a loud sound they turn it down. Some ears also change their frequency response, changing the frequencies they are tuned to. Strathclyde researchers have taken these ideas and produced miniature microphone systems that can do the same thing [2]. Why do this, when you can just do it in signal processing? By making the microphone “smart” you can free up processor power to do other things, or reduce the delay between a sound arriving and the electronic signal being used.

Figure 2. Graphs showing the results of a miniature microphone actively changing its frequency (A) and gain response (B).

Secondly, we thought about how you make miniature microphones. The ones we use in phones, computers etc today are made using computer chip technology, so are made very flat out of very hard silicon. Insect ears are made of a relatively soft material, and come in a huge variety of three dimensional shapes. The obvious thing it seemed to us was to try making insect inspired microphones using 3D printing techniques. This is very early work, its not easy to do. But we have had some success making microphone sensors using 3D printers [3]. Figure 3 shows an “acoustic sensor” that was inspired by how the locust hears sound. 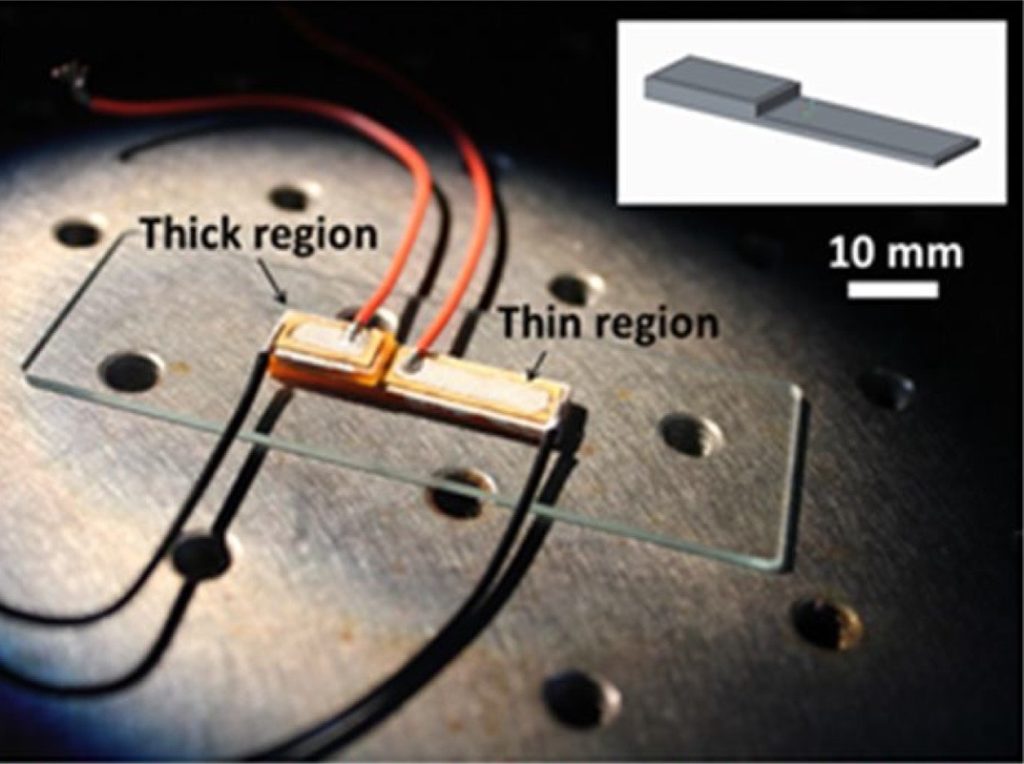 Figure 3. 3D printed acoustic sensor inspired by the ear of a locust.

There is still a lot of work to do, both on developing these techniques and technologies, and on working out how best to use them in everyday technologies like the smartphone. Then again, a huge number of different insects have ears, each working in slightly different ways to hear different things for different reasons, so there are a lot of ears out there we can take inspiration from.