In 2014, one out of every four internet users in the United States wore a wearable device such as a smart watch or fitness monitor. As more people incorporate wearable devices into their daily lives, better techniques are needed to enable real, accurate health measurements.
Currently, wearable devices can make simple measurements of various metrics such as heart rate, general activity level, and sleep cycles. Heart rate is usually measured from small changes in the intensity of the light reflected from light-emitting diodes, or LEDs, that are placed on the surface of the skin. In medical parlance, this technique is known as photoplethysmography. Activity level and sleep cycles, on the other hand, are usually measured from relatively large motions of the human body using small sensors called accelerometers.
Recently, researchers have improved a technique called ballistocardiography, or BCG, that uses one or more mechanical sensors, such as an accelerometer worn on the body, to measure very small vibrations originating from the beating heart. Using this technique, changes in the heart’s time intervals and the volume of pumped blood, or cardiac output, have been measured. These are capabilities that other types of noninvasive wearable sensors currently cannot provide from a single point on the body, such as the wrist or chest wall. This method could become crucial for blood pressure measurement via pulse-transit time, a promising noninvasive, cuffless method that measures blood pressure using the time interval from when blood is ejected from the heart to when it arrives at the end of a main artery.
The goal of the preliminary study reported here was to demonstrate similar measurements recorded during immersion in an aquatic environment. Three volunteers wore a waterproof accelerometer on the chest while immersed in water up to the neck. An example of these vibrations recorded at rest appear in Figure 1. The subjects performed a physiologic exercise called a Valsalva maneuver to temporarily modulate the cardiovascular system. Two water temperatures and three body postures were tested as well to discover differences in the signal morphology that could arise under different conditions.

Figure. 1. The underwater BCG recorded at rest.
Measurements of the vibrations that occurred during single heart beats appear in Figure 2. Investigation of the recorded signals shows that the amplitude of the signal increased during immersion compared to standing in air. In addition, the median frequency of the vibrations also decreased substantially. 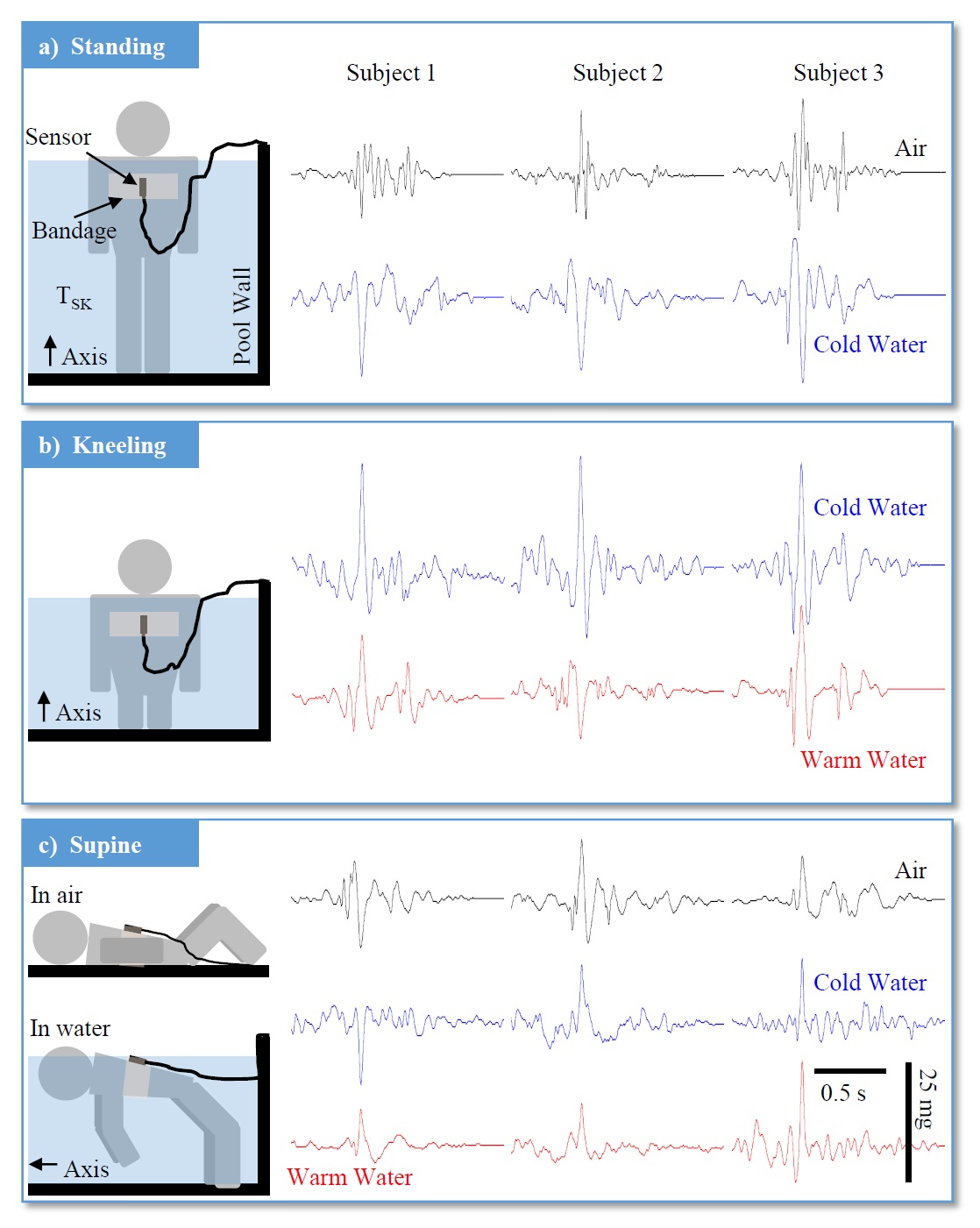 Figure. 2. Single heart beats of the underwater BCG from three subjects in three different environments and body postures.
One remaining question is, why did these changes occur? It is known that a significant volume of blood shifts toward the thorax, or chest, during immersion, leading to changes in the mechanical loading of the heart. It is possible that this phenomenon wholly or partially explains the changes in the vibrations observed during immersion. Finally, how can we make accurate physiologic measurements from the underwater wearable BCG? These are open questions, and further investigation is needed.