Work funded by an Army SBIR

Figure 1. Median daytime ambient sound level produced by anthropogenic and natural sources.
Next, we estimated the natural sound level (Figure 2) by applying the machine learning model to environmental variables that we modified to remove the influence of humans. The natural sound level is loudest in areas with significant biodiversity, such as rainforests. 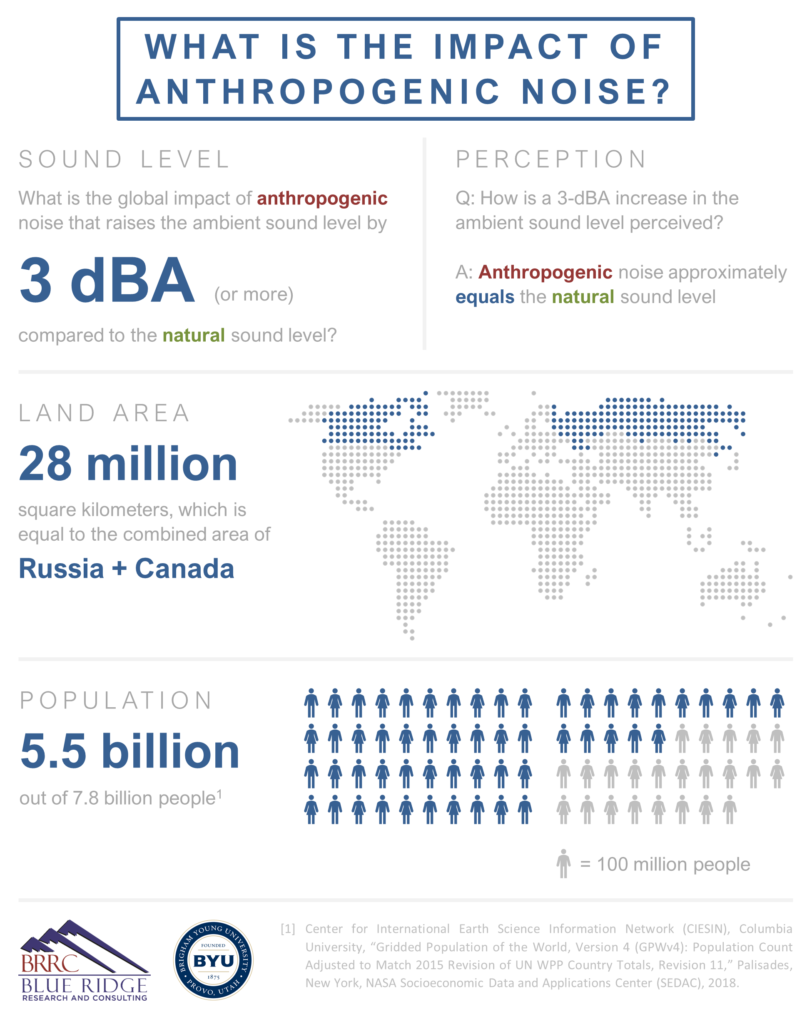 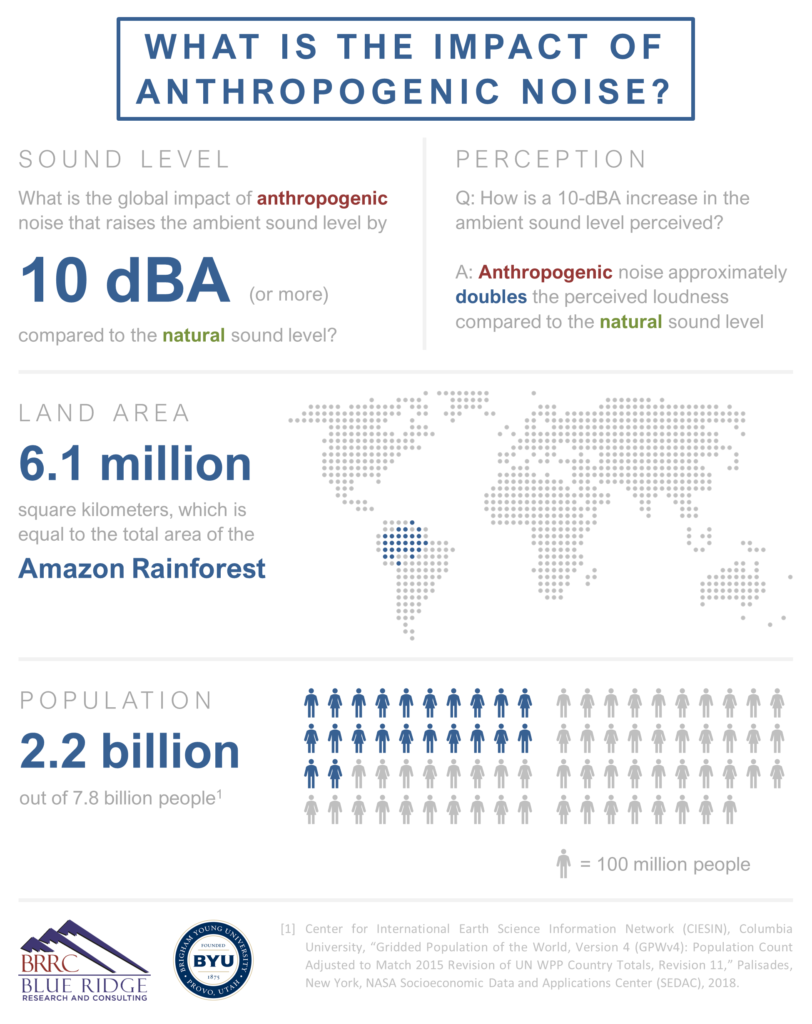