Bubbles on kidney stones in humans

Kidney stones affect 1 in 11 Americans, with an associated annual cost exceeding $10 billion. Most people are diagnosed with kidney stones using x-ray or CT when they go to the emergency room with severe side pain. Ultrasound can also be used, but the greyscale images can be difficult to interpret. Even though Doppler ultrasound is usually used to monitor blood flow, when you image a kidney stone with Doppler ultrasound, it appears as rapidly changing color, called the twinkling artifact (Fig. 1). This can enhance kidney stone detection with ultrasound, but it doesn’t appear on all stones. Recently, bubbles on the stone were suggested to cause the twinkling artifact because small changes in pressure influence the appearance of twinkling. However, these studies were done on stones outside of the human body, where exposure to air could artificially introduce the bubbles.

In this presentation, we look at the origin of the twinkling artifact on kidney stones by imaging kidney stones in humans with ultrasound while inside a pressure or hyperbaric chamber (Fig. 2). Seven human subjects were exposed to 4 atmospheres of pressure while imaging with ultrasound. We found that twinkling was reduced by 39% at 4 atmospheres compared to twinkling at atmospheric pressure, which was statistically significant. This result suggests, for the first time, that bubbles exist in humans on the surface of kidney stones!

We were also curious as to whether these bubbles existed only on the stone surface, or whether they could be embedded in the stone during the stone formation process. In the lab, stones that had been removed from humans were imaged with high resolution CT while reducing the pressure around the stone. We found regions within the stone that grew when we reduced the pressure (Fig. 3), suggesting that bubbles can exist inside the stone, too.

NASA funded the study because they are interested in ultrasound for spaceflight and have found that changes in gas composition on space vehicles and pressure in spacesuits affects bubbles associated with decompression sickness and ultrasound imaging. Spaceflight increases the risk of forming kidney stones because bones demineralize, releasing calcium into the blood that is filtered through the kidney. Only four times have astronauts prepared for emergency return to Earth, and one was for a stone that eventually passed. Because of the risk to astronauts and people on Earth, both NASA and NIH have funded researchers at the University of Washington to develop an ultrasound system to image, fragment, and expel stones from the kidney. The key to using this system is being able to see the stone with ultrasound, which is where this work on understanding the twinkling artifact plays an important role. 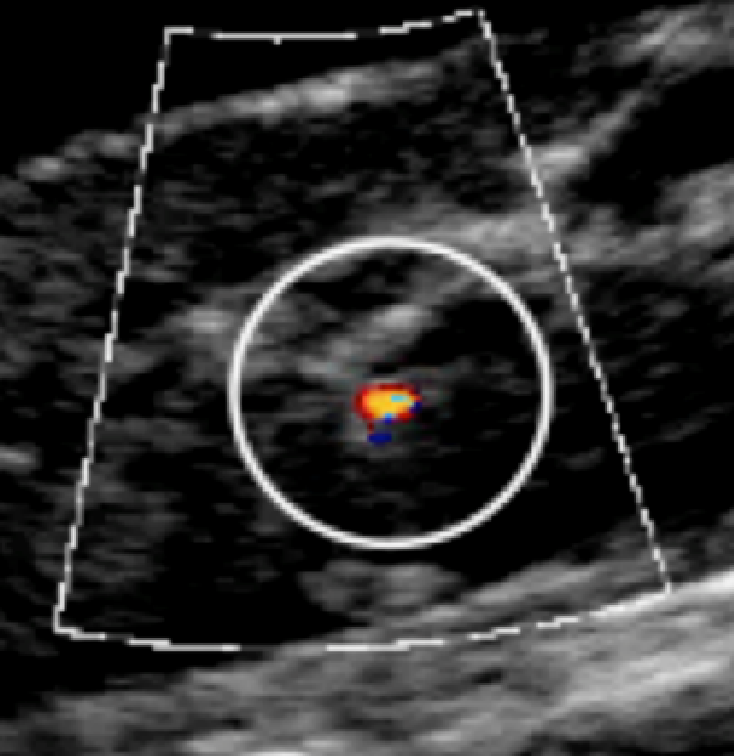 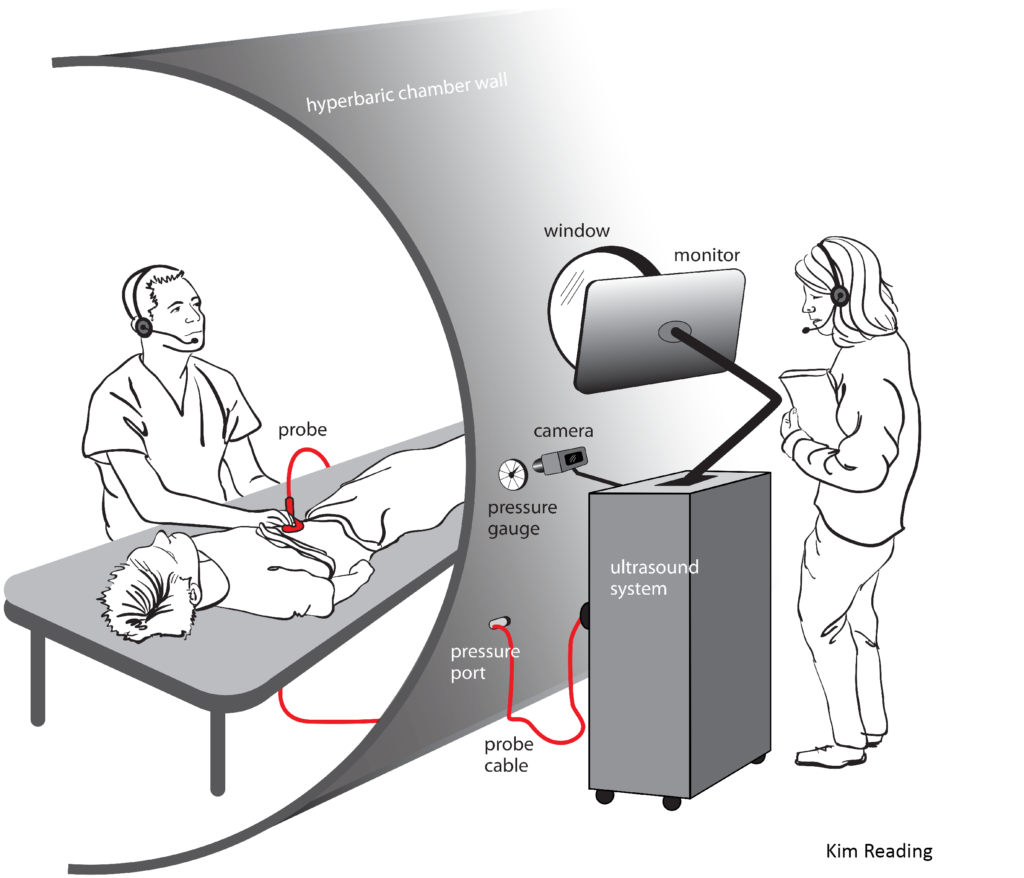 Fig. 2: Imaging people with kidney stones inside a hyperbaric chamber. Due to the risk of fire, the ultrasound system was outside the chamber with the transducer inserted through a port.

Fig. 3: A high-resolution CT scan of a human kidney stone shows a small, dark region within a crack that expands when the ambient pressure is reduced (yellow circle), suggesting the bubbles are contained within the kidney stone.