“Evolution of the piano”

The piano was invented 300 years ago by Bartolomeo Cristofori, who in his “day job” was responsible for the instruments owned by the famous Medici family in Florence, Italy. Many of those instruments were harpsichords, and the first pianos were very similar to a harpsichord with one crucial difference. In a harpsichord the strings are set into motion by plucking (as in a guitar) and the amplitude of a pluck is independent of how forcefully a key is pressed.  In a piano the strings are struck with a hammer and Cristofori invented a clever mechanism (called the piano “action”) through which the speed of the hammer and hence the volume of a tone is controlled by the force with which a key is pressed. In this way a piano player can vary the loudness of notes individually, something that was not possible with the harpsichord or organ, the dominant keyboard instruments of the day. This gave the piano new expressive capabilities which were soon exploited by composers such as Mozart and Beethoven.

Figure 1 shows one of the three existing Cristofori pianos. It is composed almost entirely of wood (except for the strings) and has a range of 4 octaves – 49 notes. It has 98 strings (two for each note), each held at a tension of about 60 Newtons (around 13 lbs), and is light enough that two adults can easily lift it. A typical modern piano is shown in Figure 2. It has a range of 7-1/3 octaves – 88 notes – and more than 200 strings (most notes have three strings), each held at a tension of around 600 Newtons. This instrument weighs almost 600 lbs. 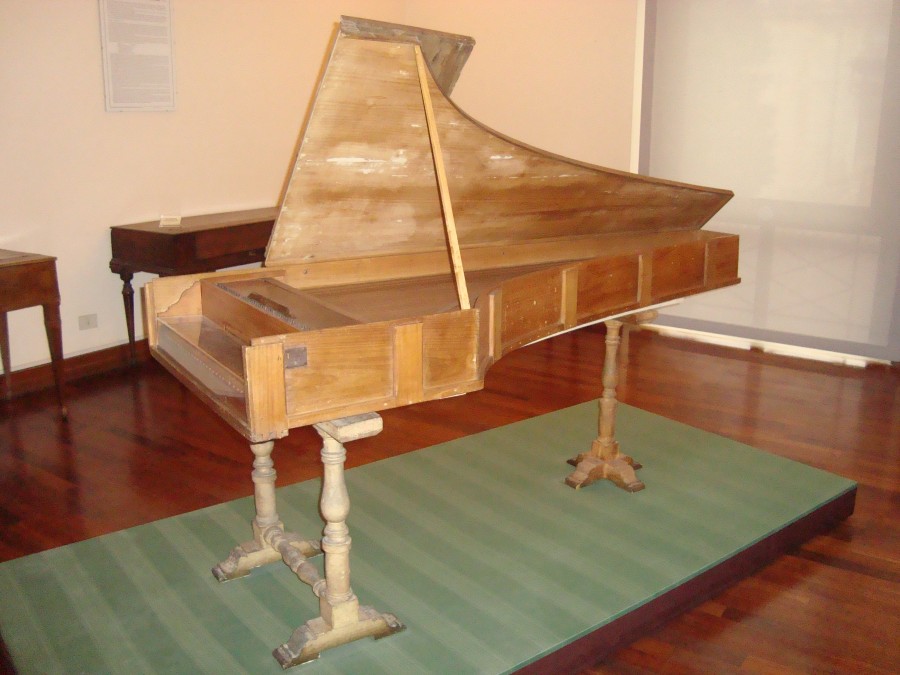 Figure 1 caption. Piano built by Bartolomeo Cristofori in 1722. This piano is in the Museo Nationale degli Strumenti Musicali in Rome. Image from Wikimedia Commons (wikimedia.org/wikipedia/commons/3/32/Piano_forte_Cristofori_1722.JPG). The other pianos made by Cristofori and still in existence are in the Metropolitan Museum of Art in New York City and the Musikinstrumenten-Museum in Leipzig. 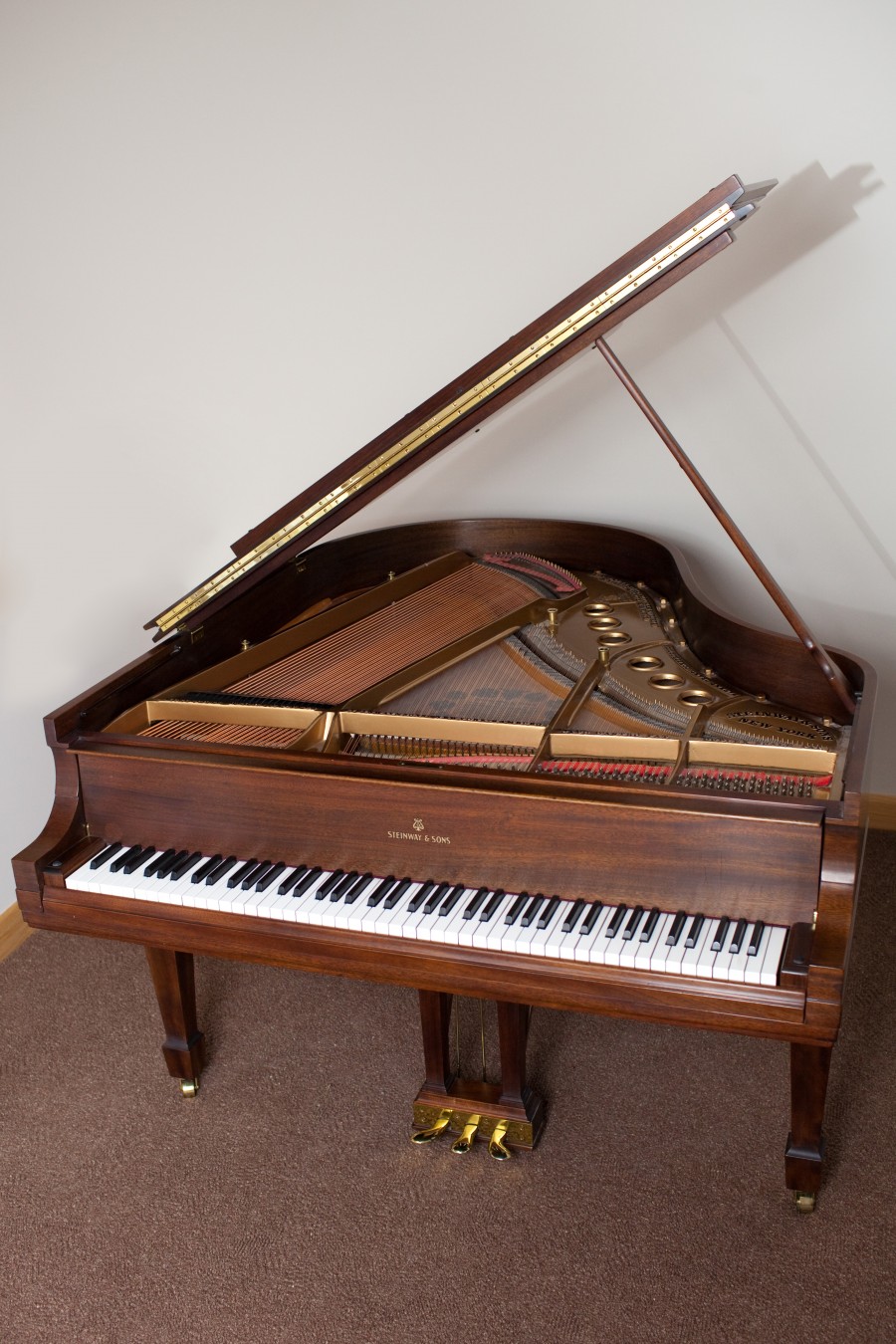 Figure 2 caption. A typical modern piano. This is a Steinway model M that belongs to the author. Photo by Lizz Giordano.

My conference paper considers how the piano in Figure 1 evolved into the instrument in Figure 2. As is described in the paper, this evolution was driven by a combination of factors including the capabilities and limitations of the human auditory system, the demands of composers ranging from Mozart to Beethoven to Rachmaninoff, and developments in technology such as the availability of the high strength steel wire that is now used for the strings.

The modern piano has nearly twice as many notes as the pianos of Cristofori. These additional notes were added gradually over time. Most of the keyboard music of J. S. Bach can be played on the 49 notes of the first pianos, but composers soon wanted more. By Mozart’s time in the late 1700s, most pianos had 61 notes (a five octave range). They expanded to 73 notes (six octaves) for Beethoven in the early 1800s, and eventually to the 88 notes we have today by about 1860. The frequency range covered by these notes extends from around 25 Hz to just over 4000 Hz. The human ear is sensitive to a much wider range so one might ask “why don’t we have even more notes?” The answer seems to lie in the way we hear tones with frequencies that are much outside the piano range. Tones with frequencies below the piano range are heard by most people as clicks [1], and such tones would not be useful for most kinds of music. Tones with frequencies much above the high end of the piano range pose a different problem. In much music two or more tones are played simultaneously to produce chords and similar combinations. It turns out that our auditory system is not able to perceive such “chordal” relationships for tones much above the piano range [1]. Hence, these tones cannot be used by a composer to form the chords and other note combinations that are an essential part of western music. The range of notes found in a piano is thus determined by the human auditory system – this is why the number of notes found in a piano has not increased beyond the limits reached about 150 years ago.

The piano strings in Cristofori’s piano were thin (less than 1 mm in diameter) and composed of brass or iron. They were held at tensions of about 60 N, which was probably a bit more than half their breaking tensions, providing a margin of safety. An increase in tension allows the string to be hit harder with the hammer, producing a louder sound. Hence, as the piano came to be used more and more as a solo instrument and as concert halls grew in size, piano makers needed to incorporate stronger strings. These improved strings were generally composed of iron with controlled amounts of impurities such as carbon. The string tensions used in piano design thus increased by about a factor of 10 from the earliest pianos to around 1860 at which time steel piano wire was available. Steel wire continues to be used in modern pianos, but the strength of modern steel wire is not much greater than the wire available in 1860, so this aspect of piano design has not changed substantially since that time.

The increased number of strings in a modern piano combined with the greater string tension results in much larger forces, by about a factor of 20, on the case of a modern instrument as compared to the Cristofori piano. The case of an early piano was made from wood but the limits of a wooden case were reached by the early 1800s in the pianos that Beethoven encountered. To cope with this problem, piano makers then added metal rods and later plates to strengthen the case, leading to what is now called a “full metal plate.” The plate is now composed of iron (steel is not required since iron under compression is quite strong and stable) and is visible in Figure 2 as the gold colored plate that extends from the front to the back of the instrument. Some piano makers objected to adding metal to the piano, arguing that it would give the tone a “metallic” sound. They were evidently able to overlook the fact that the strings were already metal. Interestingly, the full metal plate was the first important contribution to piano design by an American, as it was introduced in the mid-1820s by Alphaeus Babcock.

As the string tension increased it was also necessary to redesign the piano hammer. In most early pianos the hammer was fairly light (about 1 g or less), with a layer of leather glued over a wooden core. As the string tension grew a more durable covering was needed, and leather was replaced by felt in the mid-1800s. This change was made possible by improvements in the technology of making felt with a high and reproducible density. The mass of the hammer also increased; in a modern piano the hammers for the bass (lowest) notes have a mass more than 10 times greater than in Cristofori’s instruments.

How has the sound changed?

We have described how the strings, case, hammers, and range of the piano have changed considerably since Cristofori invented the instrument, and there have been many other changes as well. It is thus not surprising that the sounds produced by an early piano can be distinguished from those of a modern piano. However, the tones of these instruments are remarkable similar – even the casual listener will recognize both as coming from a “piano.” While there are many ways to judge and describe a piano tone, the properties of the hammers are, in the opinion of the author (an amateur pianist), most responsible for the differences in the tones of early and modern pianos. The collision between the hammer and string have a profound effect on the tone, and the difference in the hammer covering (leather versus felt) makes the tone of an early piano sound more “percussive” and “pluck-like” than that of a modern piano. This difference can be heard in sound examples that accompany this article.

The future of the piano

While the piano is now 300 years old, its evolution from Cristofori’s first instruments to the modern piano was complete by the mid-1800s. Why has the piano remained unchanged for the past 150 years? We have seen that much of the evolution was driven by improvements in technology such as the availability of steel wire that is now used for the strings. Modern steel wire is not much different than that available more than a century ago, but other string materials are now available. For example, wires made of carbon fibers can be stronger than steel and would seem to have advantages as piano strings [2], but this possibility has not (yet) been explored in more than a theoretical way. Indeed, the great success of the piano has made piano makers, players, and listeners resistant to major changes. While new technologies or designs will probably be incorporated into the pianos of the future, it seems likely that it will always sound much like the instrument we have today.

The evolution of the piano is described in more detail in an article by the author that will appear in Acoustics Today later this year. Much longer and more in-depth versions of this story can be found in Refs. 3 and 4.

Both of these audio examples are the beginning of the first movement of Mozart’s piano sonata in C major, K. 545. The first one is played with a piano that is a copy of an instrument like the ones Mozart played. The second audio example was played with a modern piano.