The aim of this study was to develop a method of visual recording and analyzing the vibrations of guitar strings using high-speed cameras and dedicated video processing algorithms. The recording of a plucked string reveals the way in which the deformations propagate, composing the standing and travelling wave. The paper compares the results for a few selected models of classical and acoustic guitars, and it involves processing the vibration image into to the sound recording. The sound reconstructed in this way is compared with the sound recorded synchronously with the reference measurement microphone.

The measurements were made for three different models and types of guitars (Fig. 1a,b,c). The Martin D-45 is one of the best mass produced acoustic guitars in the world. Its top plate is made from spruce, its sides and back from Indian rosewood, its neck from mahogany, and its fingerboard from ebony. The guitar shape is of the Dreadnought type. In the experiments, acoustic strings were used, metal, thickness of 0.52.

Defil guitar is a classical instrument made in 1978 by a Polish company, designed for amateur players. In the experiments, the classic nylon strings were used, with a thickness of 0.44. 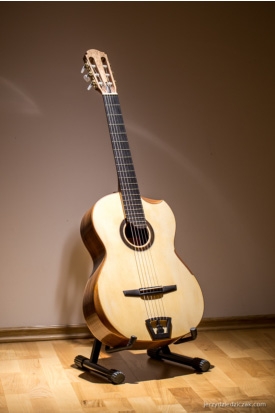 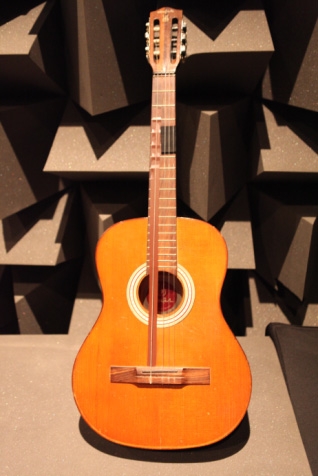 Fig. 2 shows the layout of the experimental setup. Video tracking and measurement of vibration are made through the use of two identical and synchronized cameras, acquiring 1,600 frames per second video with a resolution of 2000×128 pixels, and the exposure time of 100ms. A high-class measurement microphone along with an acquisition system were used for the audio recording simultaneously with video shooting. The cameras are placed side by side and oriented towards: a foothold in the bridge, the area above the opening of the sound hole, the neck section up to fret 19 (the first camera) and a section of the neck from fret 19 to fret 6 (second camera).

Fig. 2. Setup for the video and audio recordings of the strings vibrations.

METHOD OF RECONSTRUCTING SOUND FROM IMAGE

It was noticed that the string at rest acted on the bridge with the strength of its tension. Stimulation of the strings was associated with its deformation – increased stress and delivery of energy. After a substantial simplification of the analysis it was possible to perform a simple summation of the deviations of each point on the string and the conversion of the value obtained into a sound sample for each video frame.

Analysis of the averaged spectra highlights the differences between the image acquired and microphone recorded sound (Fig. 3.) Spectra were scaled so as that the amplitude of the first harmonic f = 110 Hz was equal for both recordings.

Martin and Luthier guitars (Fig. 3a, 3b) had very thick acoustic strings, which do not deflect much. Defil guitar (Fig. 3c) has soft strings for classical play that easily deform and vibrate with a large amplitude. The colors of generated sounds are different: the ratio between the harmonics is not maintained. This is due to the participation of the soundboard in the generation of sound. 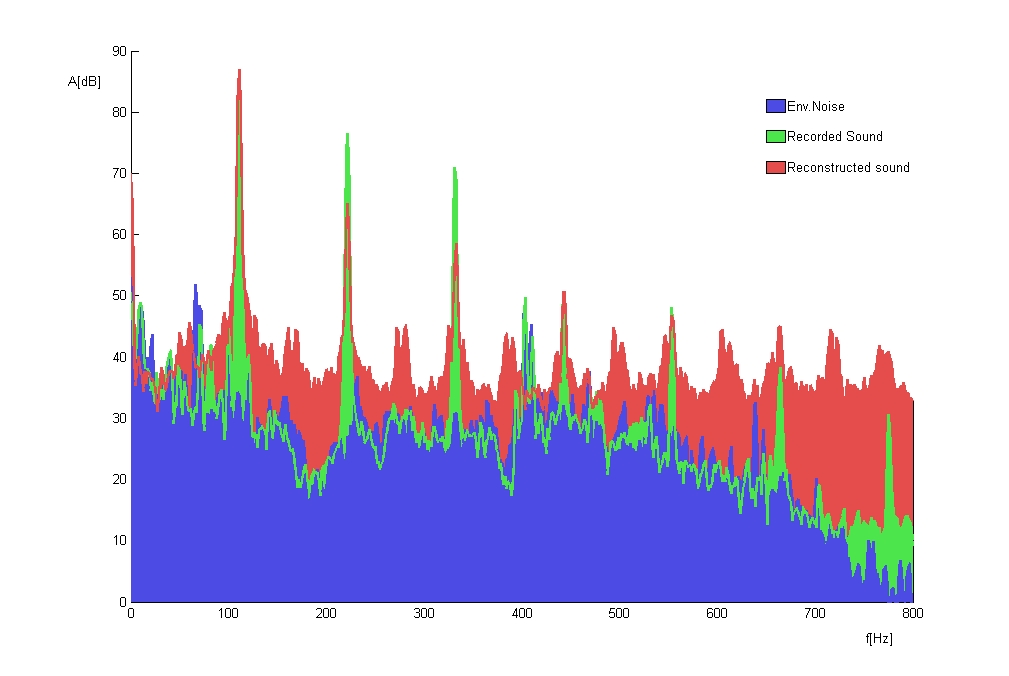 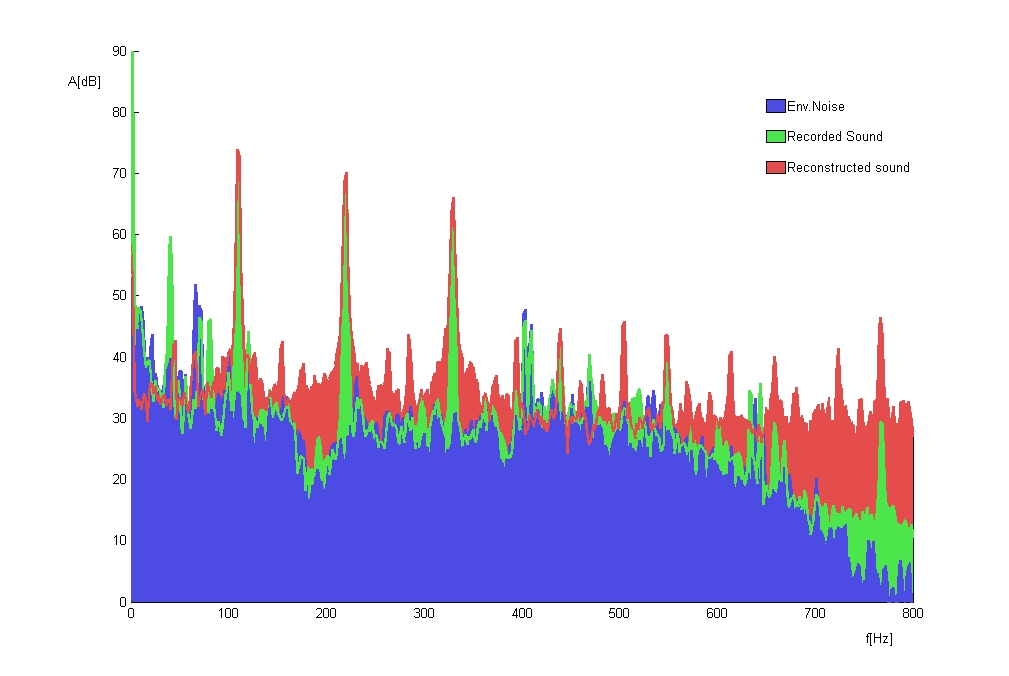 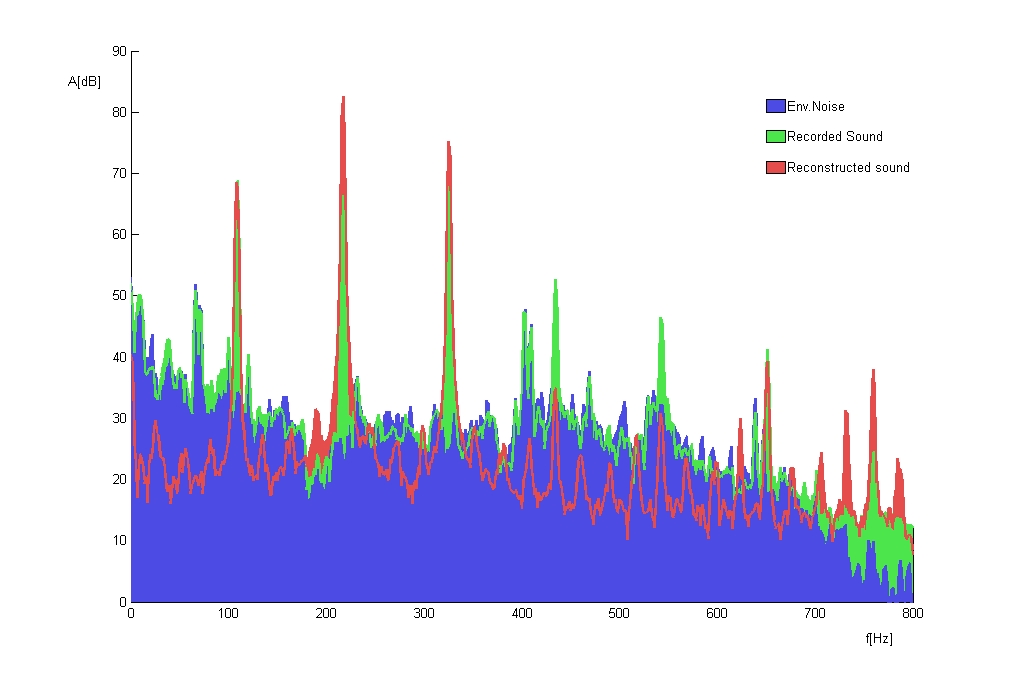 Fig. 3. Comparison of the average spectra for the signals obtained from the microphone and reconstructed by an optical method: a) Martin Dreadnought D-45 acoustic guitar, b) SEGA MGP 145 classic c) classical guitar Defil

A method of obtaining the string deformation characteristics from an image and acquiring sound samples from the observed vibrations was presented. Significant differences resulting from not taking into account the impact of soundboard were observed, therefore further work in this area will focus on the systematic study of differences in the spectra and modelling the participation of the guitar soundboard in the creation of sound.

This research study was supported by the grant, funded by the Polish National Science Centre, decision number DEC-2012/05/B/ST7/02151.

The authors wish to thank Chris Gorski and Sergiusz Stańczuk for providing the guitars.