Like humans, cats grow stones in their kidneys. As these stones pass through the urinary tract, they can become stuck and block the outflow of urine. This obstruction can cause pressure in the kidney and may lead to kidney failure, pain, and other complications. Unfortunately, the minimally invasive technologies used in humans to break apart or remove stones can’t be used on a cat. A veterinarian’s only option for definitive treatment is a complex and costly surgery.
Our team has developed a new, noninvasive method to fragment kidney stones using a handheld ultrasound transducer placed against the skin of a patient. The ultrasound travels through the body and is focused onto a stone, were the high-amplitude pressure waves cause stresses that fracture the stone to pieces that are small enough to pass naturally through the urinary tract. This technology, called burst wave lithotripsy (BWL), has been demonstrated to be effective and safe in preclinical studies, and is now being tested in clinical trials in humans. The goal of this project was to adapt the technology to cats, so that we can provide a noninvasive option for treatment of their stones.
Because of the smaller anatomy of a cat vs. a human, the ultrasound transducer was scaled to a smaller size, and focused at a shorter depth from the skin where we anticipate the stones will be located. We also changed the ultrasound frequency emitted by the transducer. This characteristic controls the size of fragments remaining after the stone is broken apart. By using a higher frequency (650 kHz in cats vs. 350 kHz in humans), the stones are broken mostly into fragments less than 1 mm. Such fragments are usually small enough to pass through the ureter (the narrow tract between the kidney and bladder) and not obstruct urine flow.

Figure 1. The left image shows a BWL system designed for cats. The right image shows the small, handheld head of the therapy transducer, which is placed against the cat’s skin during a procedure.

We designed and built prototypes of the transducer and the electronics that power it. An ultrasound imaging probe was incorporated so a veterinarian or radiologist operating the system can use this imaging to target the stone before breaking it apart. The system was tested on natural feline stones in a benchtop experiment. Between 73-96% of the stone mass was reduced to fragments smaller than 1 mm, indicating a high probability of success in treatments. 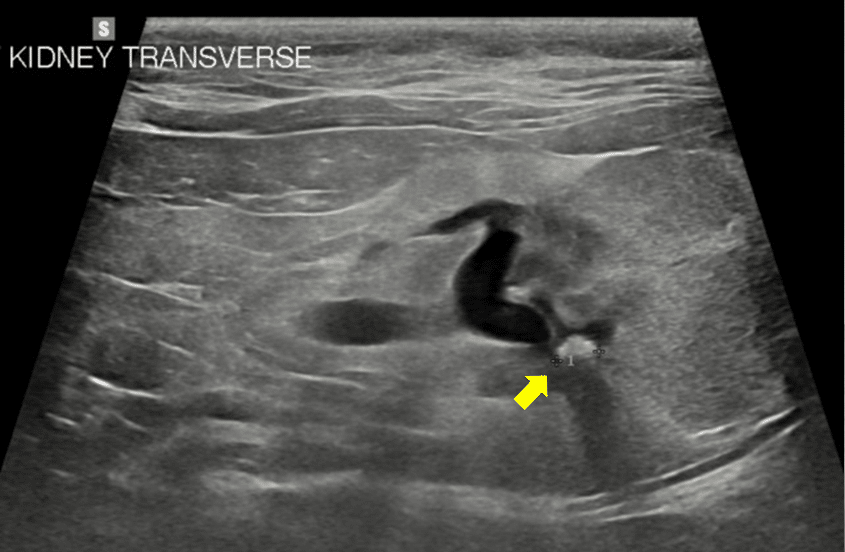 Figure 2. An ultrasound image of a cat’s kidney with a stone (yellow arrow). Ultrasound imaging is used to detect and target a stone. 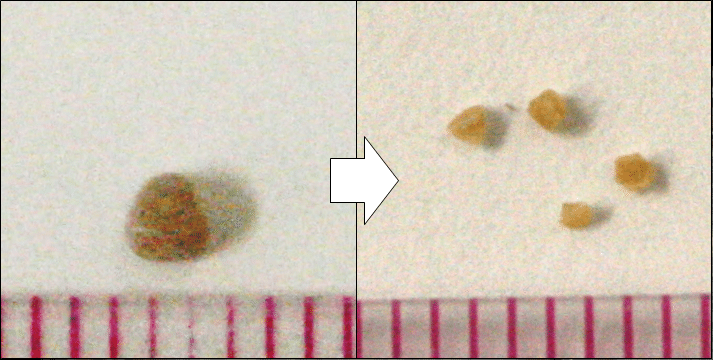 Figure 3. (Left) A 3-mm natural feline calcium stone that was exposed to BWL and broke into several small fragments after treatment.

We are now preparing to perform veterinary clinical testing. Once its benefit is demonstrated, this technology could be made available as a safer and less invasive alternative to treat obstructing stones in cats. This work supported by NIDDK P01DK043881 and the EveryCat Health Foundation.