Ultrasound is a widespread diagnostic method due to its ease of use and relatively low cost of equipment. However, it is impossible to accurately determine the state of viscera using ultrasound. That is because the method is based on the detection of the boundaries between media with significantly different elastic properties. But ultrasound allows to track the movement of the medium precisely. More than two decades ago, academician of the Russian Academy of Science, professor O.V. Rudenko proposed a method in which a shear wave is excited at a certain depth. The shear wave velocity is defined primarily by the shear modulus of the medium. This elastic parameter changes significantly when the functional state of the medium changes. The values of the shear modulus of different organs range from several pascals to several gigapascals (Fig. 1). Therefore, the registration of the propagation of a shear wave, in contrast to ultrasound, allows one to determine the functional state of body organs and tissues. 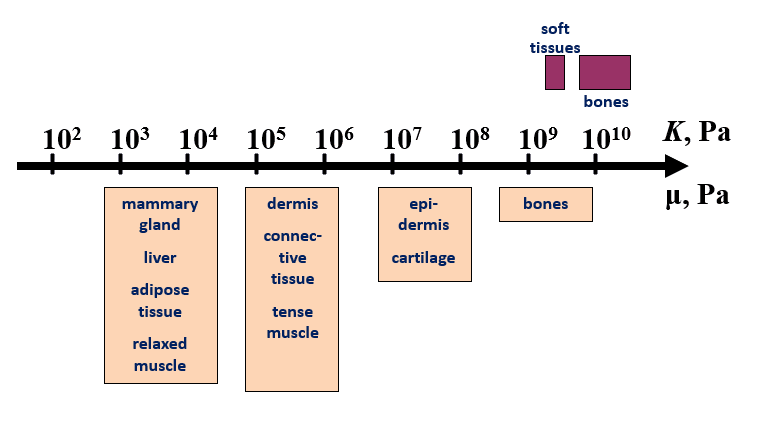 Figure 1: The values of the shear modulus of different body organs

Skeletal muscle is a rather complex and unique entity. Many widely used elastic models are inapplicable to them. In this work, we used the above-mentioned method for measuring the shear modulus of skeletal muscles. The method was modified by focusing the ultrasonic beam into a shape called “blade” (Fig. 2). 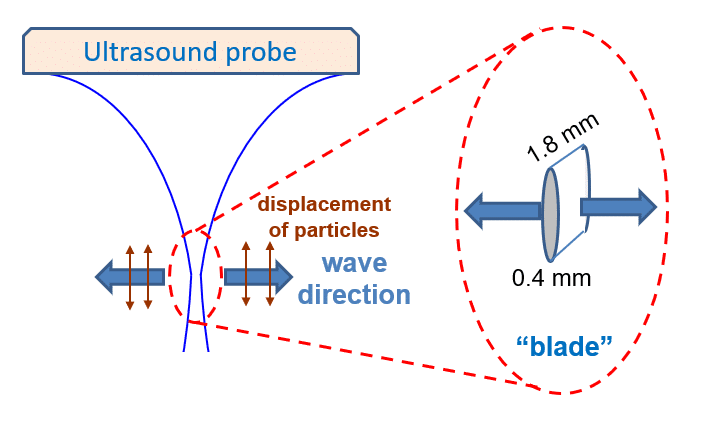 Figure 2: The ultrasonic beam focused in a shape of “blade”

When focusing the ultrasonic beam, the “blade” shape makes it possible to excite a shear wave along the ultrasonic probe only. The excited wave then propagates to the left and to the right from the axis of symmetry of the ultrasound probe (Fig. 2). In anisotropic media, including skeletal muscles, this approach increases the measurement accuracy. “Blade” shape in the beam focus is not currently used in existing clinical equipment. However, measurements of the shear wave velocity in skeletal muscles can still be carried out on existing equipment that use the SWEI algorithm built into the ultrasound diagnostic device. For this purpose, the ultrasound probe is first placed along and then across the muscle fibers. Muscle fibers are visible in the standard B-mode, which allows measurements at two specified probe positions.

We obtained experimental data in healthy volunteers, whose biceps were loaded with the barbell plates. And with several loads, we measured the shear modulus along and across the muscle fibers of the biceps (Fig. 3). 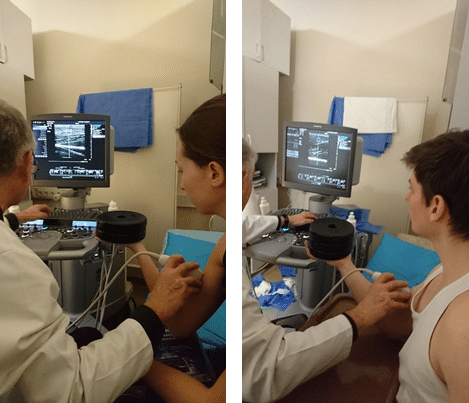 It turned out that with an increase in the load on the biceps, the shear modulus along the muscle fibers increases nonlinearly. The shear modulus across the muscle fibers does not depend on the applied load. The algorithm is clinically tested. It can be used to determine the functional state of skeletal muscles. The proposed method can already be used today to assess how various physical activities and nutrition systems affect skeletal muscles, as well as to identify the location of shear modulus inhomogeneities that cause muscle malfunction.