1aMU4 – In search of huge sound… or huge strings, at least – Pawel Bielski

In search of huge sound… or huge strings, at least

Meet Adam. Adam loves the nines (that is, 0.09-inch gauge, or 9’s, named by the diameter of the high E string). When he touches a guitar stringed with the 9’s, it seems soft and responsive under his fingers. This phenomenon is called “feel”. Adam picks a guitar with a proper feel and unites with the instrument. Suddenly physical bounds disappear. Adam believes in supernatural traits of the 9’s and no research can change his mind.

But we can still try.

Guitar players are obsessed with string gauges. From the super slinky 7’s of Billy Gibbons, through the agile 8’s and 9’s of Jimi Hendrix and Jimmy Page, massive sound of Joe Bonamassa (11) and Stevie Ray Vaughan (13), to Pat Martino’s super fat 15’s and extreme twang of Dick Dale (16’s). A wide selection of string gauges covers a variety of guitar playing styles. 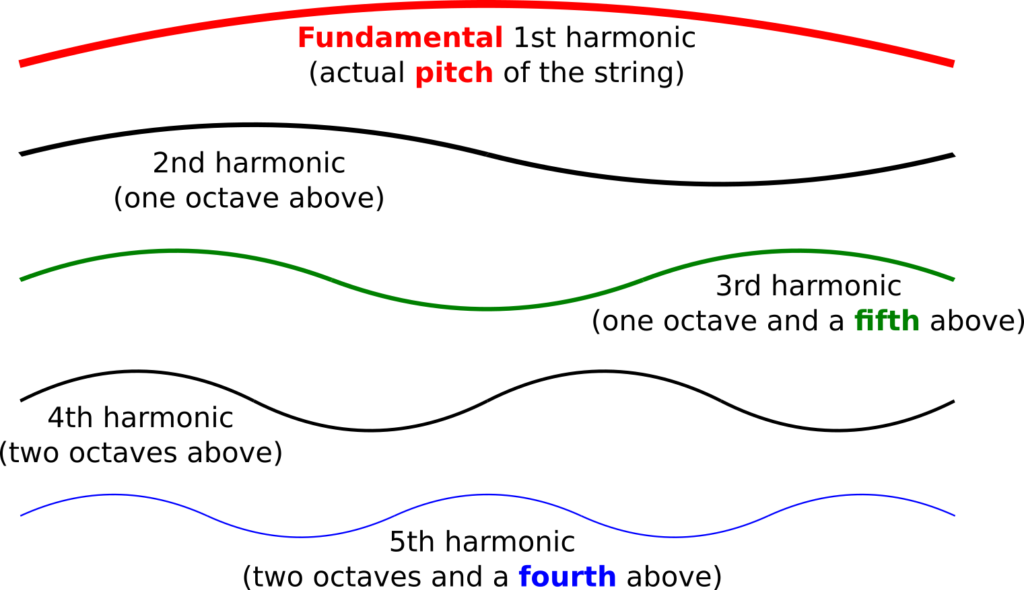 Fundamental mode and upper harmonics of a vibrating string

Depending on the gauge, the total force carried by electric guitar strings ranges from the weight equivalent of a ten-year-old child to an adult man. It makes nearly triple the difference. Acoustic guitars offer a more humble selection of 10’s – 13’s string gauges, but the choice might be even more critical. The acoustic sound is raw and less processed. It depends on the physical features of the instrument. Fiddling with the pulling force and vibrating mass on a resonant guitar body must make a difference. The body gets tenser and stiffer. It is driven hard and significantly deformed. Will it be able to breathe freely?

Imagine borrowing your general practitioner’s stethoscope and listening to the acoustic guitar’s soundboard while it plays. This is roughly how we used accelerometers. Low E strings of different gauges were repeatedly tested for their volume, sustain (duration of sound), and harmonic composition. The samples were recorded with a microphone too. We analyzed the sound spectrum during different stages of the sound. 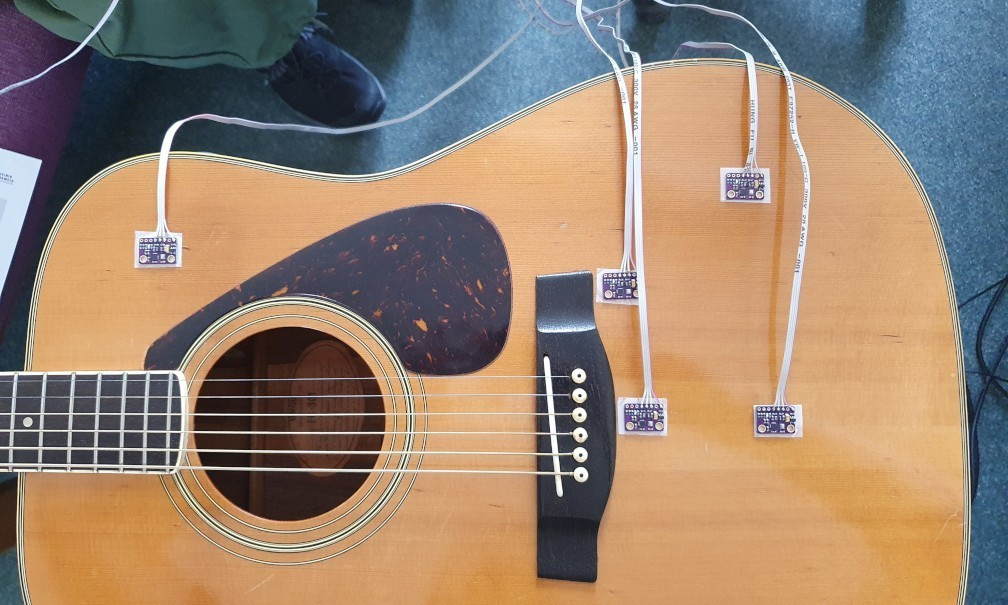 Most findings agree with the general beliefs regarding string gauges besides one major exception. The weak sustain of heavy strings might be a surprise to many guitar players. Thick strings have a rich and loud attack yet immediately lose their superb qualities. They seem to excel at quick, punchy notes, but struggle with slow-paced singing solos. In the long run, light strings were more sustainable, retaining their harmonics in time.

Advantages of the different gauges shown at two scales

Adam will probably not readjust his beliefs, but maybe you will? 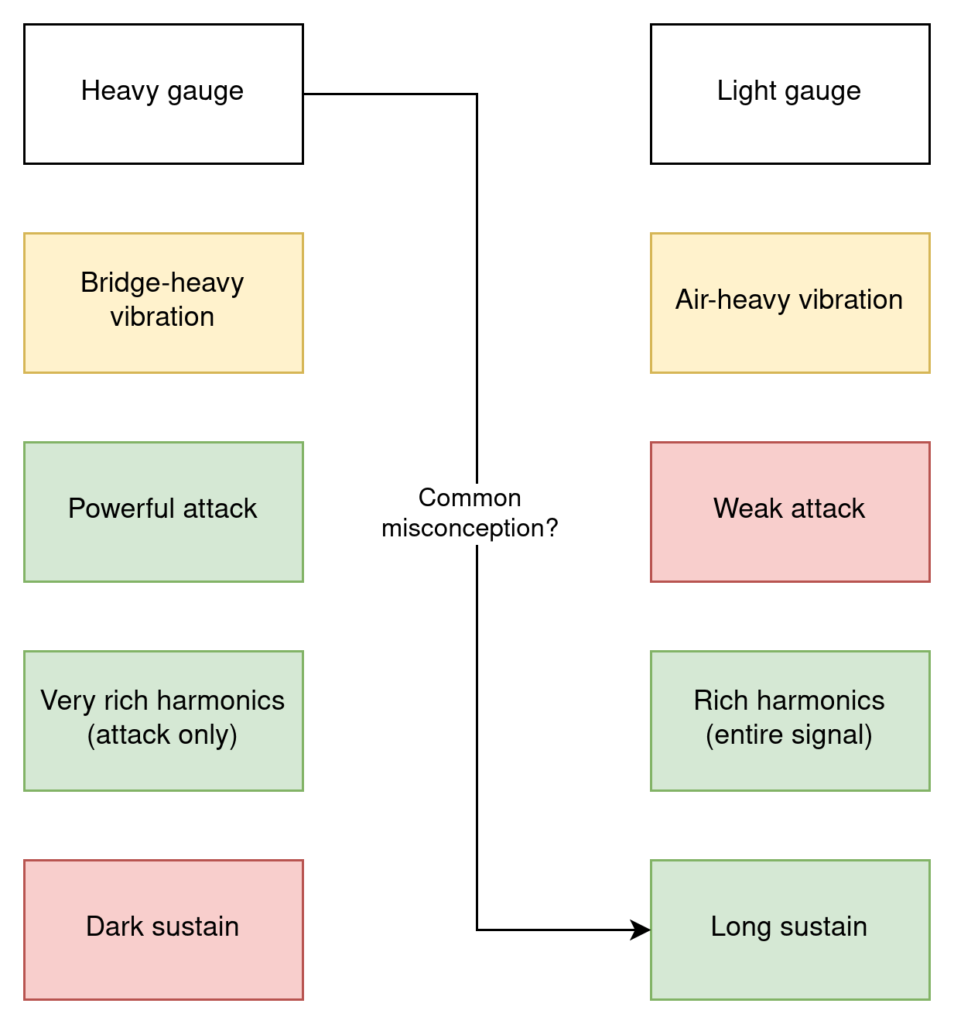 Summary of the findings