During disasters, such as earthquakes or shipwrecks, every minute counts to find survivors.

Unmanned Aerial Vehicles (UAVs), also called drones, can better reach and cover inaccessible and larger areas than rescuers on the ground or other types of vehicles, such as Unmanned Ground Vehicles.  Nowadays, UAVs could be equipped with state-of-the-art technology to provide quick situational awareness, and support rescue teams to locate victims during disasters.

[Video: Field experiment using the MEMS system mounted on the drone to hear impulsive sounds produced by a potential victim.mp4]

Survivors typically plead for help by producing impulsive sounds, such as screams. Therefore, an accurate acoustic system mounted on a drone is currently being developed at Fraunhofer FKIE, focused on localizing those potential victims.

The system will be filtering environmental and UAV noise in order to get positive detections on human screams or other impulsive sounds. It will be using a particular type of microphone array, called “Crow’s Nest Array” (CNA) combined with advanced signal processing techniques (beamforming) to provide accurate locations of the specific sounds produced by missing people (see Figure 1). The spatial distribution and number of microphones in arrays have a crucial influence on the estimated location accuracy, therefore it is important to select them properly.

The system components are minimized in quantity, weight and size, for the purpose of being mounted on a drone. With this in mind, the microphone array is composed of a large number of tinny digital Micro-Electro-Mechanical-Systems (MEMS) microphones to find the locations of the victims. In addition, one supplementary condenser microphone covering a larger frequency spectrum will be used to have a more precise signal for detection and classification purposes. 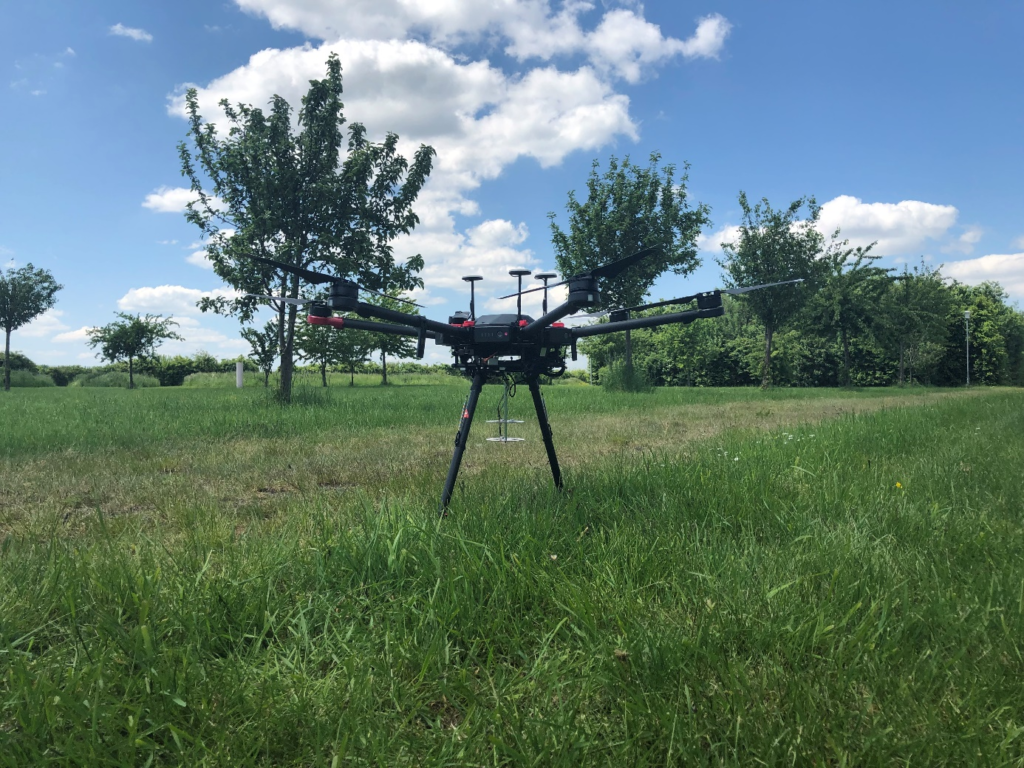 Different experiments, including open field experiments, have successfully been conducted, demonstrating the good performance of the ongoing project.