“Investigating clarinet articulation with an artificial blowing and tonguing machine”

Clarinet and saxophone players create sounds by blowing into the instrument through a mouthpiece with an attached reed, and they control the sound production by adjusting the air pressure in their mouth and the force that the lips apply to the reed. The role of the player’s tongue is to achieve different articulation styles, for example legato (or slurred), portato and staccato. The tongue touches the reed in order to stop its vibration and regulates the separation between notes. In legato the notes are played without separation, in portato the tongue shortly touches the reed and in staccato there is a longer silence between notes. A group of 11 clarinet players from the University of Music and Performing Arts Vienna (Vienna, Austria) tested these tonguing techniques with an equipped clarinet. Figure 1 shows an example of the recorded signals. The analysis revealed that the portato technique is performed similarly among players, whereas staccato requires tonguing and blowing coordination and it is more player-dependent. 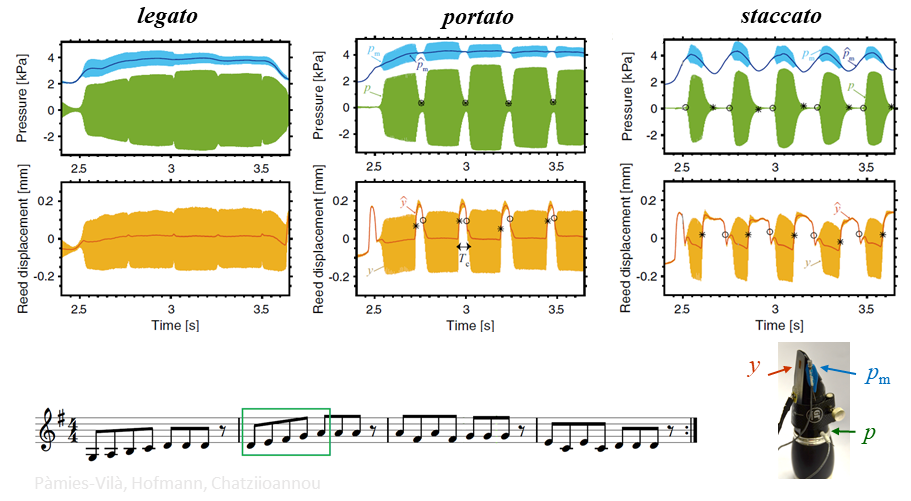 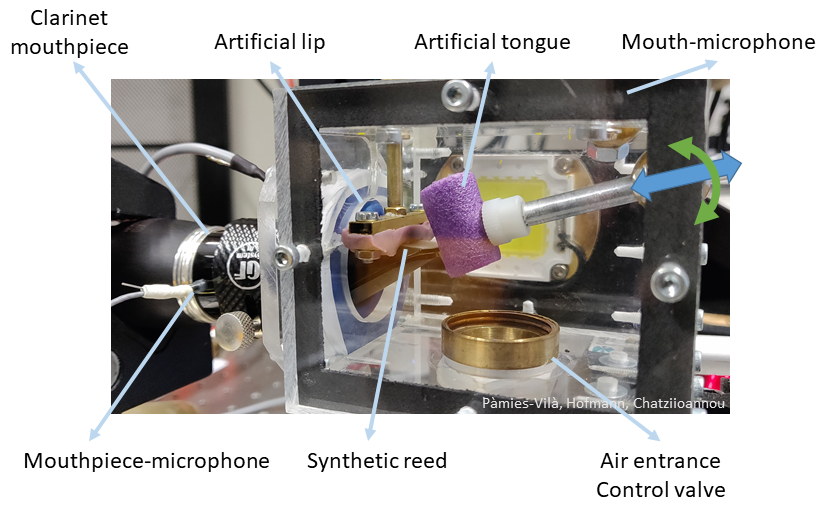 Figure 2: The clarinet mouthpiece is placed through an airtight hole into a Plexiglas box. This blowing machine allows monitoring the air pressure in the box, the artificial lip and the motion of the artificial tongue, while recording the mouth and mouthpiece pressure and the reed displacement.

The signals recorded with the artificial setup were compared to the measurements obtained with clarinet players. We provide some sound examples comparing one player (first) with the blowing machine (second). A statistical analysis showed that the machine is capable of reproducing the portato articulation, achieving similar attack and release transients (the sound profile at the beginning and at the end of every note). However, in staccato articulation the blowing machine produces too fast release transients.

Comparison between a real player and the blowing machine.

This artificial blowing and tonguing set-up gives the possibility to record the essential physical variables taking part in the sound production and helps into the better understanding of the processes taking place inside the clarinetist’s mouth during playing.