(Undercut or side cut of bars for making musical sound?

When you hit a rectangular bar, it makes sound. But the sound is not necessarily nice to hear because the higher mode frequencies are not tuned in harmony. Empirically, people have gotten to know that changing geometrical shapes is a way of tuning sounds. For example, undercutting the bars, like for xilophone or marimba bars is a familiar method. The middle part of each bar is undercut and as a result the 1st mode frequency is lowered as the 2nd mode frequency becomes 4 times higher than the 1st [1]. This change of mode frequency ratios makes the good sound. 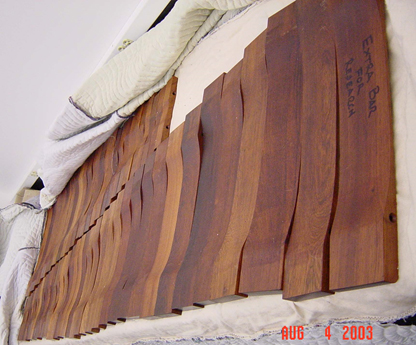 Are there any other ways of tuning rectangular bars? Korean stone chimes, called pyeongyeongs (Figure 2), provide another example of tuning sound by change geometrical shape of bars [2]. In Asian countries, stone chimes have been cherished musical instruments from the Stone ages [3].

Stone chimes have taken a number of different forms, but generally they have two legs which meet at a vertex. The longer leg is often called the drum, because it is where the chime is struck, and the shorter leg is called the femur or thigh. A Korean stone chime has 115o angle between the drum part and the femur part, and the concave curved base forms a smooth L-shape (Figure 3). The shape is said to be the “shape of the heaven that curves to cover the earth[4].”

Does the shape only have such a philosophical meaning without any acoustical meaning?

In this study, we examine the effects of geometry on the tuning and the sound quality of stone chimes. By changing the vertex angle from 0 o to 180 o and the shapes of the base line, we estimate modal shapes and modal frequencies by means of finite element methods, and these results are compared to modal shapes and frequencies of existing stones, determined by holographic interferometry and by experimental modal testing [2].

At the end, we can conclude the existing shape of Korean L-shape stone chime with 115o vertex angle and the concave curved base is the optimized one. Also, we measured and analyzed frequencies of historical 261 pyeongyeong stones mainly from the 14th to 19th centuries to confirm the above conclusion. 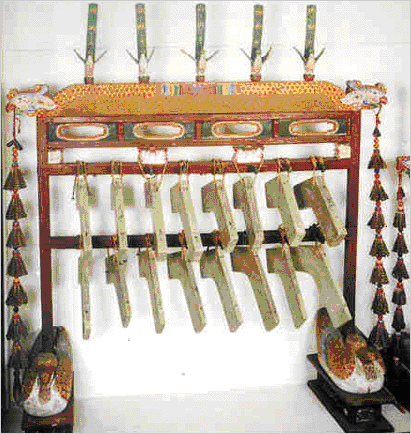 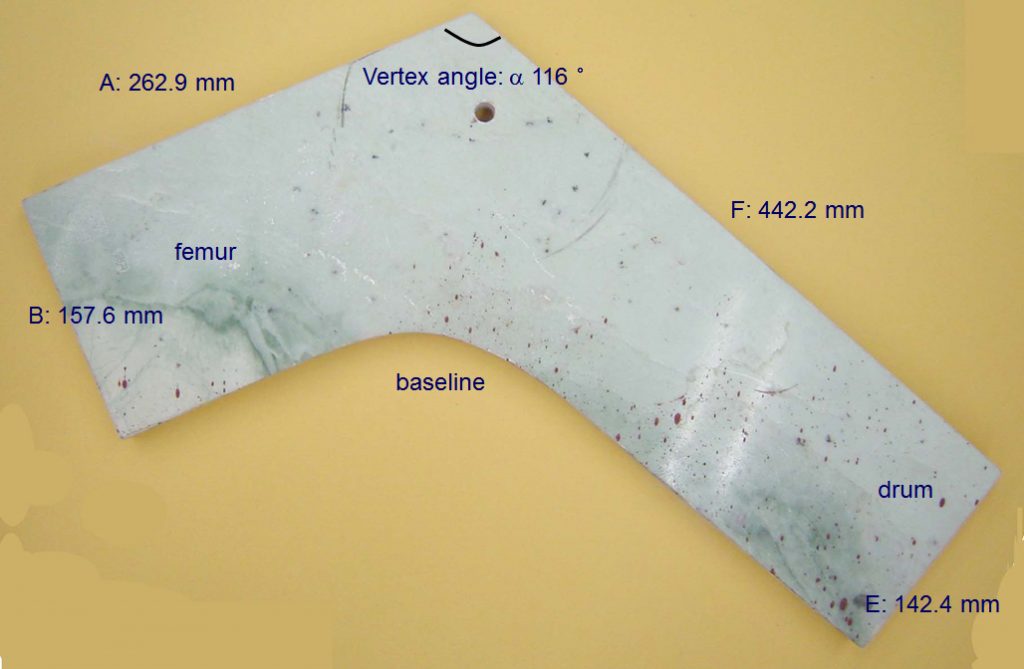 Figure 3. Shape of a Stone Chime 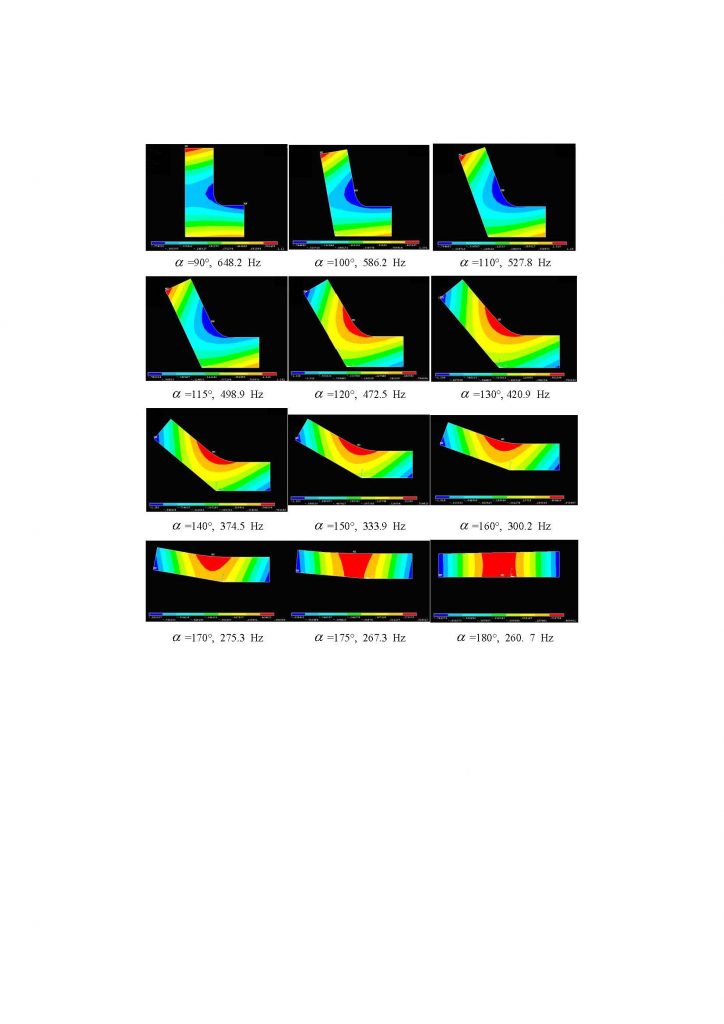 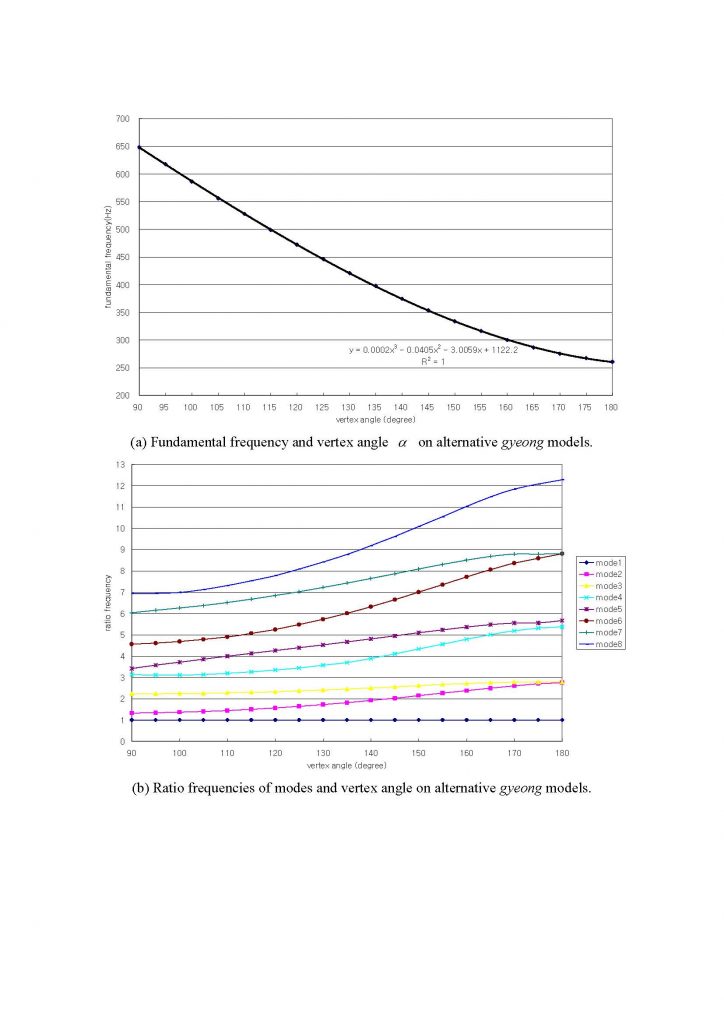