Everyday noise affects human health and is a major irritant for people of all ages. Automotive exhaust noise is the one of the most common community noises. Exhaust noise is generated in the engine, travels down the exhaust pipe with the exhaust gases, and is radiated out to the atmosphere. Due to the presence of enormous numbers of automobiles, people are exposed to significant levels of exhaust noise over their lifetime and, so it is important to control the exhaust noise through engineering noise control technology.

Carbon nanotubes (CNT) are carbon nano-structures which when stretched form extremely lightweight, flexible films. These films adhere to any conductive surface to form a thermal speaker and when current is passed through them; their surface temperature fluctuates very rapidly. These fluctuations produce pressure waves in the medium near the film, thereby producing sound. The speaker uses no moving parts to produce sound and hence it is solid state in operation.

As the operating temperature of CNT speakers is high as compared to the temperature of the exhaust gases, the speakers can be mounted directly onto the tailpipe. The design of the CNT speaker is a coaxial transducer in the form of a co-axial spool. In addition, compared to the other components of the speaker, the CNT film itself is massless and so the overall weight of the speaker is much less compared to traditional loudspeakers with magnets. When tested in the laboratory for noise cancellation, an average cancellation of 12 – 15 dB was achieved across exhaust frequency ranges.

Figure 2: Passive control system schematic indicating the location of a single muffler along the tailpipe 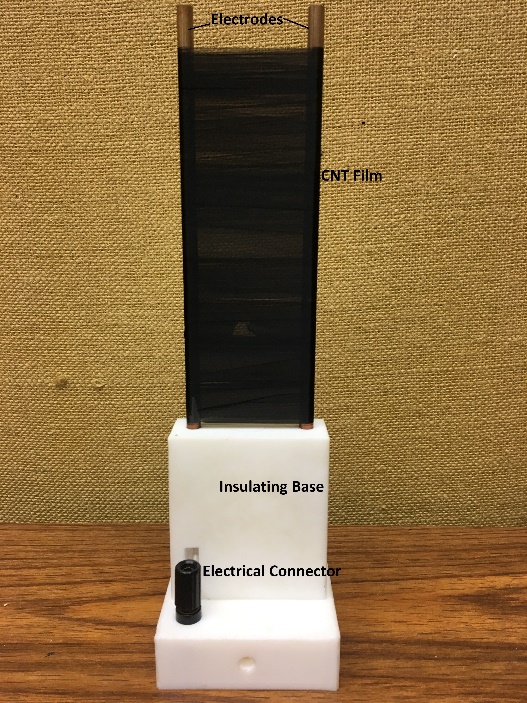 Figure 4: Planar CNT speaker having the film stretched between two electrodes and attached to an insulating base with electrical connector 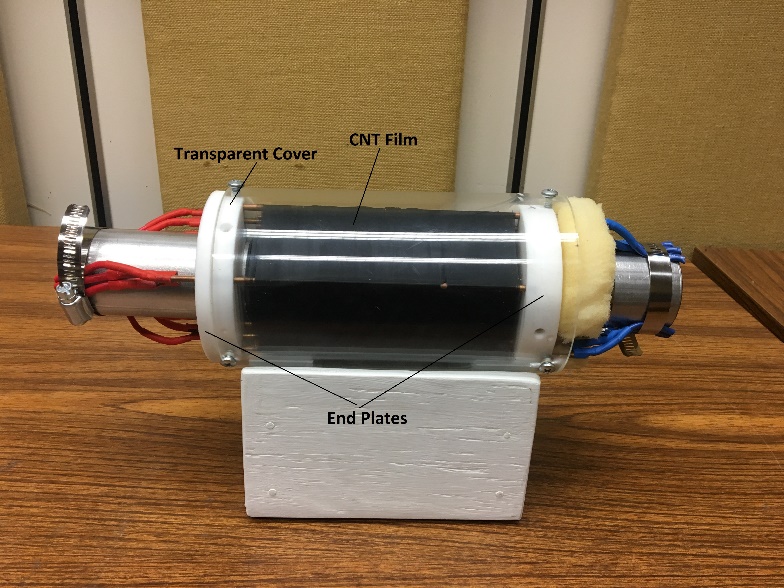