Audio processing is often used to deal with a single person’s voice, but how do things change when dealing with an entire crowd? While it is relatively easy for a person to judge whether a crowd is booing or cheering, teaching a computer to differentiate between different crowd responses is a challenging problem. Of particular interest herein is the challenge of determining when a crowd is making a concentrated, unified, or focused effort. This research has applications in rewarding crowds, sales, and riot prevention. 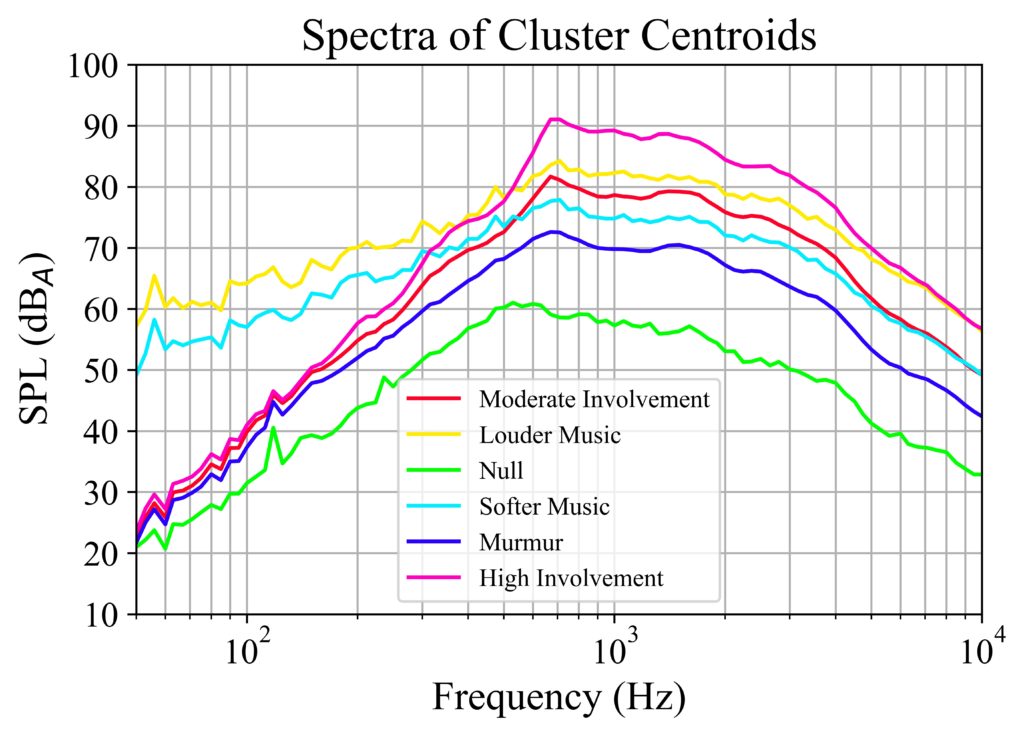 Figure 1 (BasketballSpectra.jpg) shows the representative frequency-dependent spectral sound levels for these different groupings.  Using other features common to audio signal processing allows us to automatically divide signals into other sub-groups, one of which appears to correspond to the aforementioned focused crowd effort.

Video 1 (BasketballCrowd.mp4) presents a graphical representation of some of these features, and how they fluctuate with time; the colors in the video show the different sub-groups found, and by examination, the purple sub-group is found to consist primarily of audio that demonstrate the most focused crowd effort.

The purpose of this investigation is to determine if a similar process can be followed to find focused crowd efforts in another type of crowd, namely that at a Mardi Gras parade, as recorded from a microphone mounted on a float. There are some challenges here, arising from differences in frequency between crowds and because the audio from the Mardi Gras crowd shows very little variation—essentially the crowd is cheering the entire time, and so changes in crowd behavior get buried in the crowd’s clamorous cacophony.

There is still something we can do, however. Within the high-involvement basketball data sub-group we find two audio features—flux, which is the change in energy over time, and slope, which marks how quickly the energy increases as frequency increases—with very large numerical values. By setting a threshold for these values, we can mark all the Mardi Gras data that exceeds these values as likely to exhibit focused crowd involvement.

Video 2 (MardiGrasCrowd.mp4) presents a graphical representation of the Mardi Gras parade crowd noise, where audio segments which surpass the threshold and so are likely to contain a concentrated crowd effort are shown in green, and all other segments are shown in red. While validation is ongoing, these results show promise for being able to automatically identify focused crowd involvement in different types of crowds.