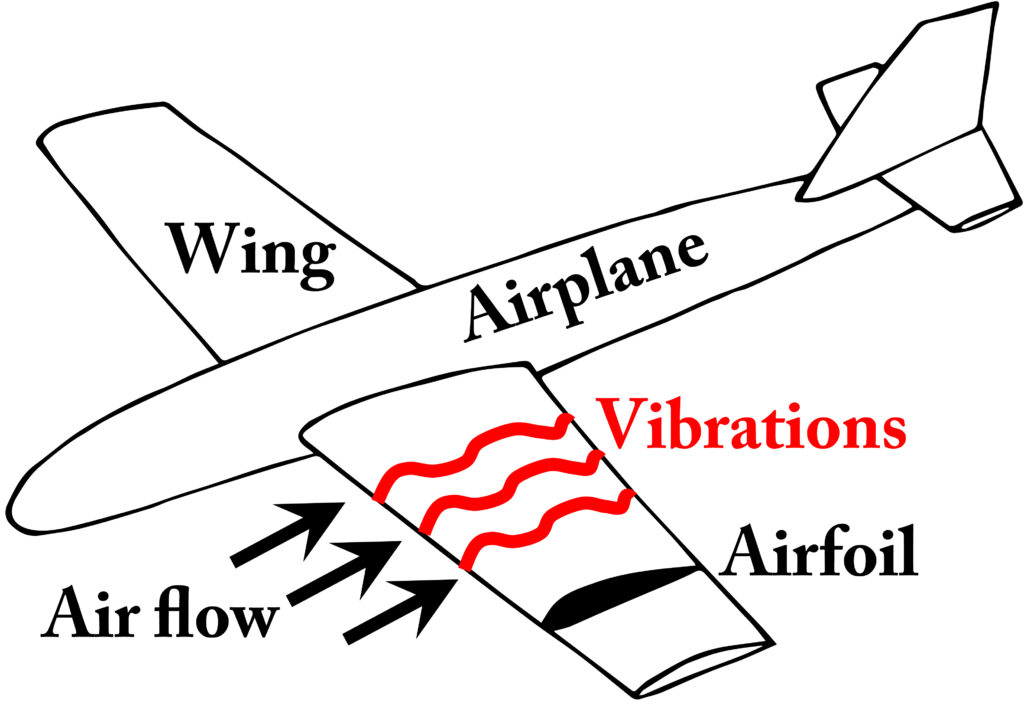 In 1988, Mironov pointed out that vibrations that strike on one end of a beam may never make it through if the other end is tapered gradually enough all the way down to a ‘zero thickness’. In other words, those vibrations get trapped or absorbed inside forever – also known as the ‘acoustic black hole’ effect. In reality, since it isn’t possible to make an edge have zero thickness, scientists have figured out that sticking some damping material near the edge (similar to foam or rubber on furniture feet) works almost as well.
In this study, we explore a way this effect could help reduce those airfoil vibrations. For the airplane, only the shape on the outside of the airfoil matters, not the inside. We take advantage of this fact and show that it is possible to design an airfoil with these black holes inside, without changing either the outside shape or the total weight.
Shown below are three of the designs that we tested. We fix the mass of the structure and damping that we use, and redistribute them between the three cases. The first case has uniformly spread structure and damping, to represent a ‘standard’ design. We’re basically trying to improve on this. The second case has a single black hole inside along with appropriate damping, while the third case has three. 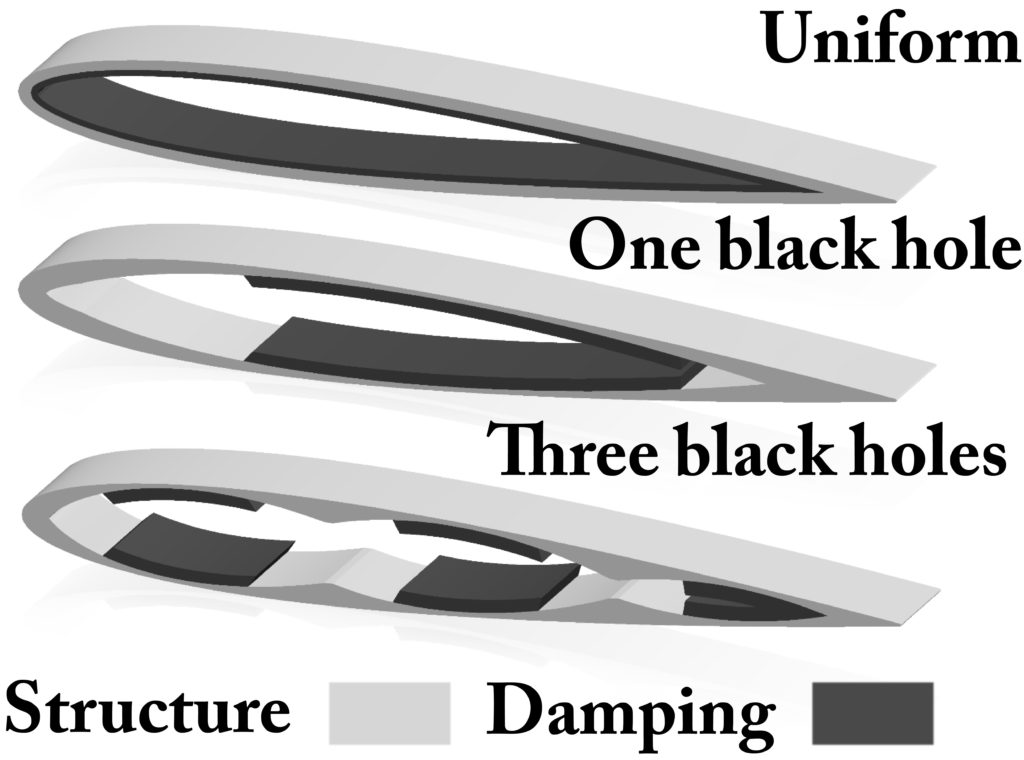 We use some of the latest in 3d printing technology to create these complex designs. For testing them, we vibrate all three airfoils on their front edge in the same way and measure how vibrations move through the airfoil length all the way to the back edge. Shown below are the vibration levels that we measured at the rear edge over three frequency ranges. Note, lower the vibration, the better.

When compared with the uniform case, the sample with one black hole does 10-15% in the low and mid frequency ranges, and ~30% better in the high frequency range. The three-black hole case does almost similar (~1% worse in fact) for the low frequency range, but performs 50-65% better for higher frequencies. These results are promising and motivate us to expand our research in this direction.
Work sponsored by the Office of Naval Research.
Share This