Biomimetic sonar and the problem of finding objects in foliage

The ability of sonars to find targets-of-interest is often hampered by a cluttered environment. For example, naval sonars encounter difficulties finding mines partially or fully buried among other distracting (clutter) targets. Such situations pose target identification challenges that are much harder than target detection and resolution problems. Possible new ideas for approaching such problems could come from the many bat species which navigate and hunt in dense vegetation and thus must be able to identify targets-of-interest within clutter. Evolutionary adaptation of the bat biosonar system is likely to have resulted in the “discovery” of features that support making distinctions between clutter and echoes of interest.

There are two main types of sonar: active sonar, in which echoes are triggered by the sonar’s own pulses, and passive sonar, in which the system remains silent and listens to its environment to gain a better understanding of it. The most well-established case is given by certain groups of bats that use Doppler shifts caused by the wingbeat of a flying insect prey to identify the prey in foliage. Different bat species have been shown to use a passive sonar approach that is based on unique prey-generated acoustic signals. We have designed a sonar which mimics the biosonar of the horseshoe bat, a bat which uses active sonar and is one of the bats that use doppler shifts as an identification mechanism 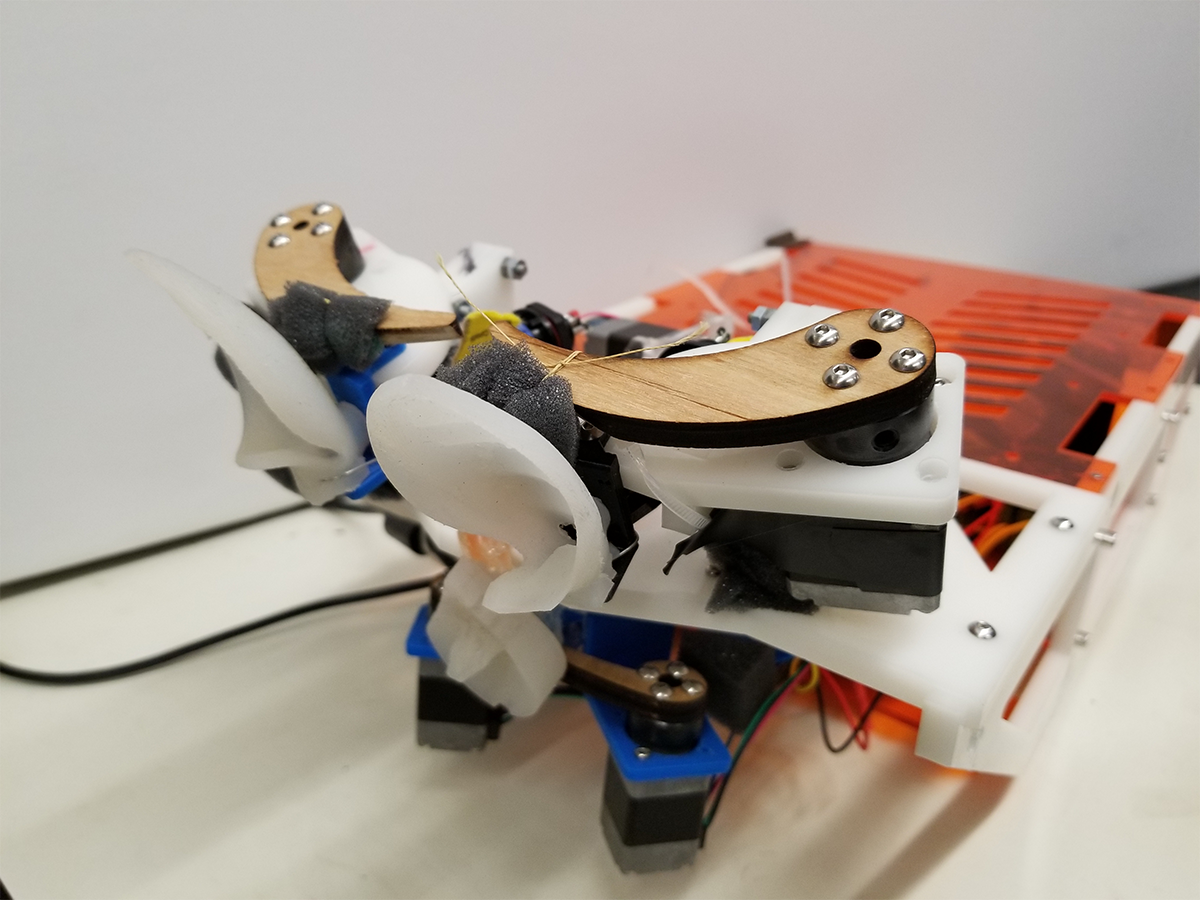 A sonar that mimics the biosonar of the horseshoe bat.

The sonar scanned a variety of targets hidden in artificial foliage; the data was analyzed later. Initial analysis has shown that the sonar can be used to discriminate between different objects in foliage. Additional target discrimination tasks were used; gathering initial echo data of an object without clutter, then trying to find that object within clutter. Initial analysis has indicated the possibility of this sonar head being able to be used for this paradigm, though the results seemed very dependent on the direction of the target. Further investigation will look to refine the models explored here to better understand the how we can extract an object from a noisy, cluttered environment.