3aAA1 – Are restaurants and bars in New York City too loud? – Gregory Scott

Are restaurants and bars in New York City too loud?

For several decades, there has been a significant need to better educate the public about noise pollution, and over the past few years, an increasing number of media articles have claimed that eating and drinking venues are getting too loud. This loudness problem is likely due, in part, to background music or architectural design that enhances rather than abates interior sounds. These design elements include open kitchens, stripped-down or hard surfaces as well as less tablecloths, carpeting and paneling to absorb sound.

Loud environments make it more difficult for people to connect with others in conversation as noise is the second highest complaint among diners in Zagat’s Annual Survey. In New York City, noise is the highest complaint and 72% of diners surveyed actively avoid eateries that are too loud [1-2].  Loud noise also potentially negatively impacts hearing health as it is the most common modifiable environmental cause of hearing loss that affects 24% of adults [3].  The Center for Disease Control and Prevention recommends avoiding prolonged exposure to loud environments to prevent noise-induced hearing loss [4-5].

This is the first exploratory study to capture, on a large scale and on a continuing basis, the average sound levels of restaurants and bars. The free iOS SoundPrint app (links here to website and app) was employed to measure and submit the sound levels of New York City venues to its publicly accessible database. More than 1,800 Manhattan restaurants and bars were measured at least three times during prime-time days and hours (Wednesday through Saturday evenings between ~7:00PM-9:00PM) from July 2015 to June 2017. The measured sound level values are organized into four categories: Quiet, Moderate, Loud and Very Loud based on two dimensions – whether they are conducive for conversation and whether they are safe for hearing health.  More discussion on how these categories were selected and defined is provided in the full paper.

In sum, the data suggests that the increasing number of media articles about sound levels in restaurants being too loud are correct. In New York City, a majority of the surveyed restaurants and bars have average sound levels that make it difficult for patrons to have a conversation without the need to raise their voice and a high number approach levels that are known to be dangerous to hearing health. A person randomly walking into a restaurant or a bar in New York City during prime days and hours is more likely than not to encounter an auditory environment that is “too loud.” 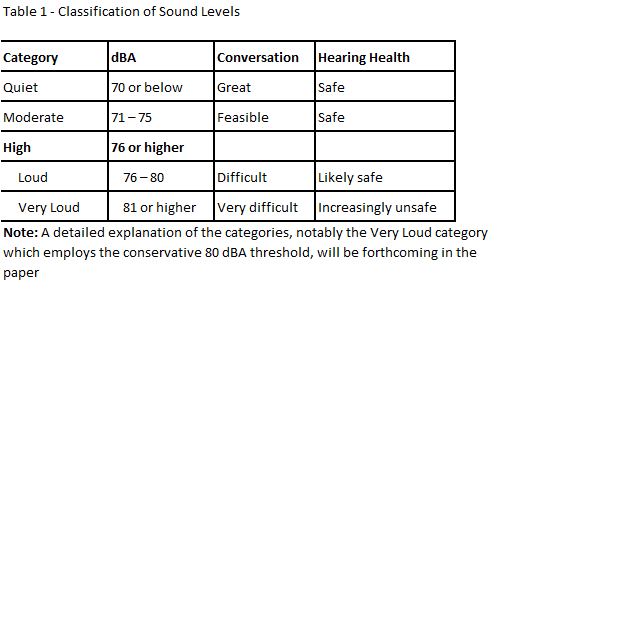 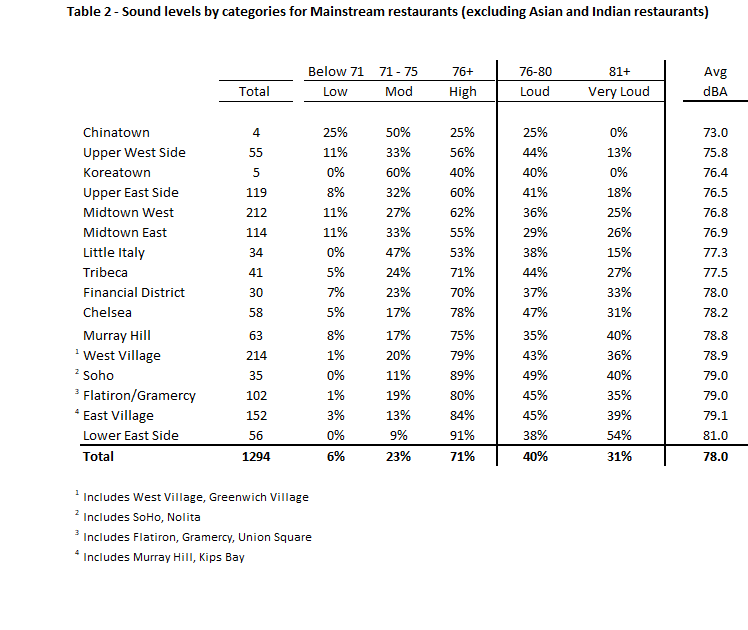 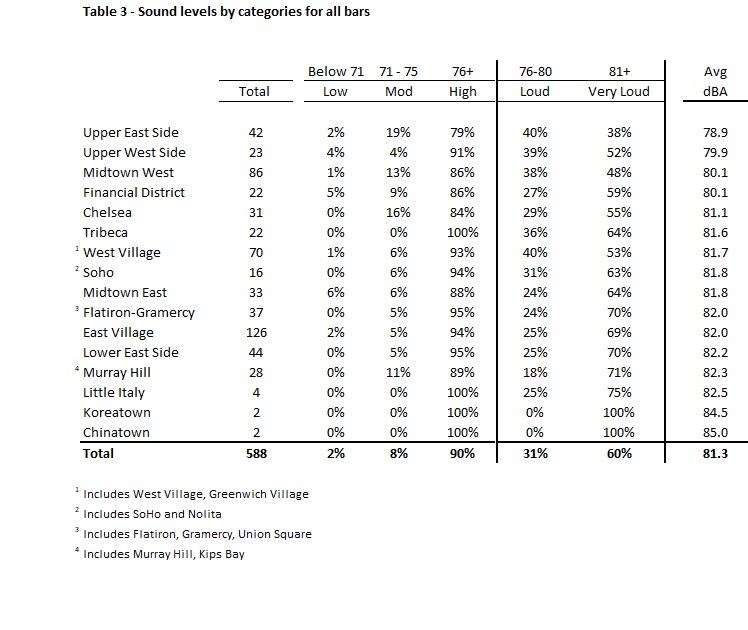 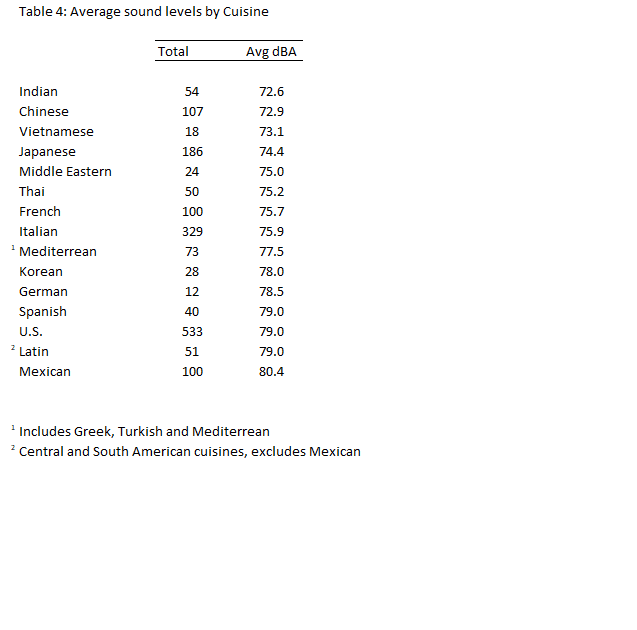