Moving and sorting living cells with sound and light 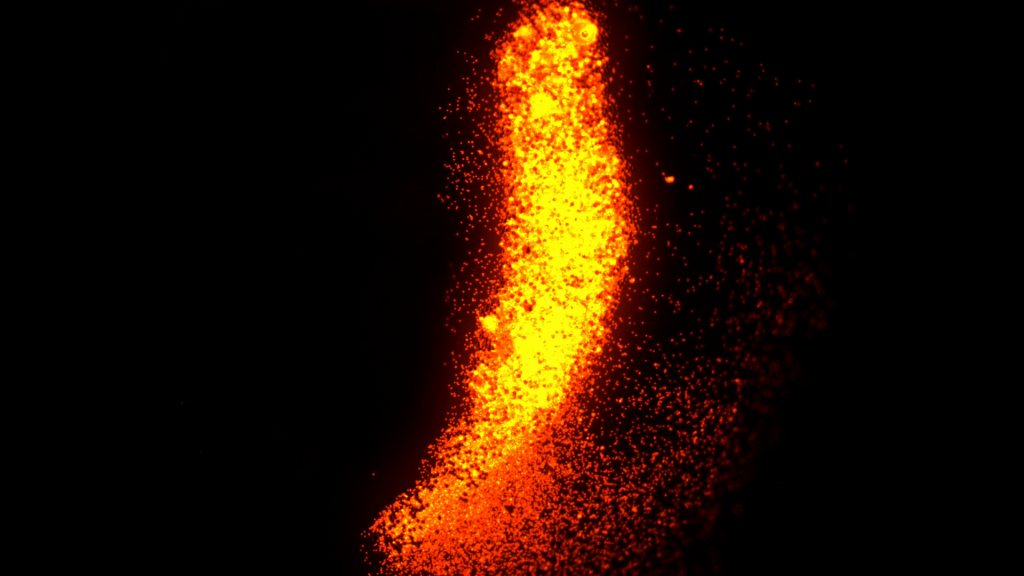 Amongst the various ways of manipulating suspensions, acoustic levitation is one of the most practical yet not very known to the public. Allowing for contactless concentration of microscopic bodies (from particles to living cells) in fluids (whether it be air, water, blood…), this technique only requires a small amount of power and materials. It is thus smaller and less power consuming than other technologies using magnetic or electric fields for instance and does not require any preliminary tagging.

Acoustic levitation occurs when using standing ultrasonic waves trapped between two reflecting walls. If the ultrasonic wavelength ac is matched to the distance between the two walls (it has to be a certain number of the half wavelength), then an acoustic pressure field forces the particles or cells to move toward the region where the acoustic pressure is minimal (this region is called a pressure node) [1]. Once the particles or cells have reached the pressure node, they can be kept in so-called “acoustic levitation” as long as needed. They are literally trapped in an “acoustic tweezer”. Using this method, it is easy to force cells or particles to create large clusters or aggregates than can be kept in acoustic levitation as long as the ultrasonic field is on.

What happens if we illuminate the aforementioned aggregates of fluorescent particles or cells with a strong monochromatic (only one color) optic wave? If this wave is absorbed by the levitating objects, then the previously very stable aggregate explodes.

We can observe that the particles are now ejected from the illuminated aggregate at great speed from its periphery. But they are still kept in acoustic levitation, which is not affected by the introduction of light.

We determined that the key parameter is the absorption of light by the levitating objects because the explosions happened even with non-fluorescent particles. Moreover, this phenomenon exhibits a strong coupling between light and sound, as it needs the two sources of energy to be present at the same time to occur. If the particles are not in acoustic levitation, on the bottom of the cavity or floating in the suspending medium, even a very strong light does not move them. Without the adequate illumination, we only observe a classical acoustic aggregation process.

Using this light absorption property together with acoustic levitation opens the way to more complex and challenging experiments, like advanced manipulations of micro-objects in acoustic levitation or fast and highly selective sorting of mixed suspensions, since we can discriminate these particles not only on their mechanical properties but also on their optic ones.

We did preliminary experiments with living cells. We observed that human red blood cells (RBCs), having a strong absorption of blue light, could be easily manipulated by both sounds and light. We were able to break up RBCs aggregates very quickly. As a matter of fact, this new effect coupling both acoustics and light suggests all new perspectives for living cells manipulation and sorting, like cell washing (removing unwanted cells from the target cell).  Indeed, most of the living cells absorb light at different wavelengths and can already be manipulated using acoustic fields. This discovery should allow very selective manipulations and/or sorting of living cells in a very simple and easy way, using a low-cost setup.

Figure 1. (Figure_ARF_with_light.tif) Illustration of the acoustic manipulation of suspensions. A suspension is first focused under the influence of the vertical acoustic pressure field in red (a and b). Once in the pressure node, the suspension is radially aggregated c) by secondary acoustic forces [2]. On d), when we enlighten the stable aggregate with an adequate wavelength, this one laterally explodes.

Videos: Figure 3: (Montage_separation_contour) Illustration of the separation potential of the phenomenon. We take an aggregate (a) that is a mix of two kind of polystyrene particles with same diameter, one absorbing blue light and fluorescing green (b), the other absorbing green light and fluorescing red (c), that we cannot separate by acoustics alone. We expose this aggregate to blue light for 10 seconds. On the bottom row is shown the effect of this light, we effectively separated the blue absorbing particles (e) from the green absorbing one (f).

Here can be inserted aggregation_movie, that describes the observation from the top of the regular acoustic aggregation process of a suspension of 1.6µm polystyrene beads.