4aSC3 – Talkers prepare their lips before audibly speaking – Is this the same thing as coarticulated speech?

Verbal recording of “soon” and “seen.” Listen closely to the subtle differences in the initial /s/ sound.

A spectrogram of the same recording of “soon” and “seen.” Note how the /s/ sounds have a slightly different distribution of intensity over the frequency range shown.

Some theoretical models explain coarticulation by assuming that talkers retrieve slightly different versions of their /s/ sound from memory, depending on the sound to follow. Others emphasize that articulatory actions overlap in time, rather than keeping to a regimented sequence: Talkers usually start rounding their lips for the /u/ (“oo”) sound in “soon” while still making the hissy sound of the /s/, instead of waiting for the voiced part of the vowel. (See picture below.) But even overlapping action accounts of coarticulation disagree on how “baked in” the coarticulation is. Does the dictionary in your head tell you that the word “soon” is produced with a rounded /s/? Or is there a more general, flexible process whereby if you know an /u/ sound is coming up, you round your lips if able? 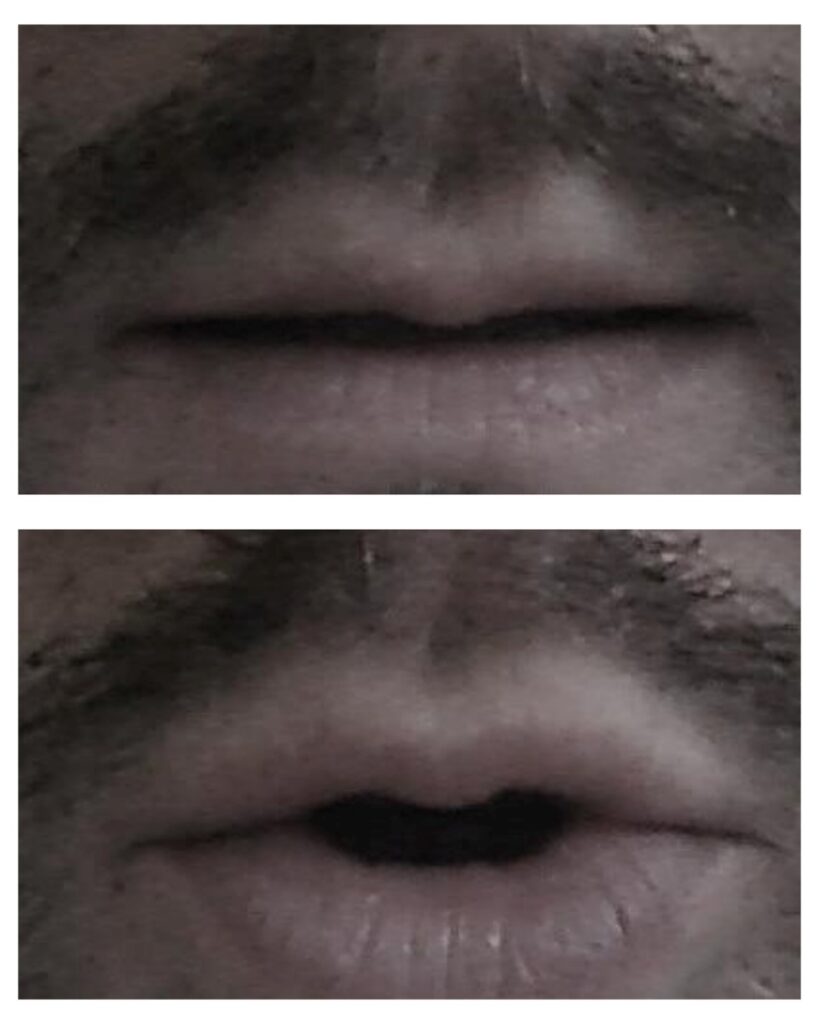 If the latter, it is reasonable to ask whether coarticulation only happens during the audible portions of speech. My work suggests that the answer is no! For example, I have shown that during word-reading tasks, talkers tend to pre-round their lips a bit if they have been led to believe that an upcoming (but not yet seen) word will include an /u/ sound. This effect goes away if the word is equally likely to have an /u/ sound or an /i/ (“ee”) sound. More recently, I have shown that talkers awaiting their turn in natural, bi-directional conversation anticipate their upcoming utterance with their lips, by shaping them in sound-specific ways. (At least, they do so when preparing very short phrases like “yeah” or “okay.” For longer phrases, this effect disappears, which remains an interesting mystery.) Nevertheless, talkers apparently “lean forward” into their speech actions some of the time. In my talk I will argue that much of what we call “coarticulation” may be a special case of a more general pattern relating speech planning to articulatory action. In fact, it may reflect processes generally at work in all human action planning. 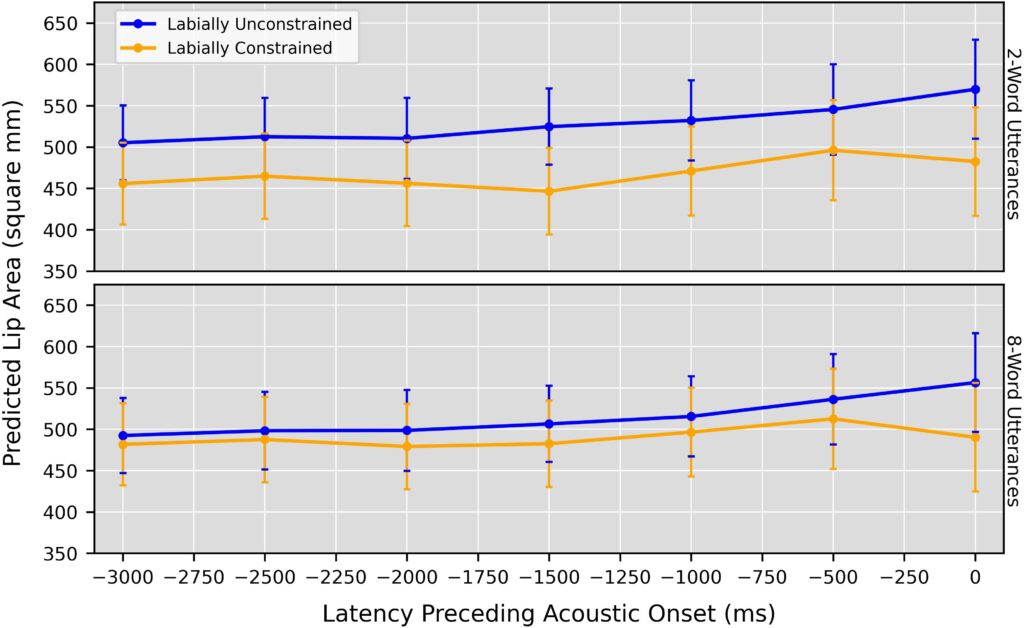 Plots of lip area taken from my recent study of bi-directional conversation. Plots trace backward in time from the moment at which audible speech began (Latency 0). “Labially constrained” utterances are those requiring shrunken-down lips, like those starting with /p/ or having an early /u/ sound. Note that for short phrases, lip areas are partially set several seconds before audible speech begins.