Sound in the landscape is an important and often-ignored aspect of the human experience. In different landscapes seemingly cacophonous sounds can create a symphony, combining the beloved sounds of nature and humans with the often less desirable, but no less important, sounds of traffic and sirens. This symphony of sounds forms a soundscape, a “sonic environment” (Schafer, 1977) that humans experience. Much like landscapes, soundscapes can vary greatly depending on the sound sources adding their voices. This thesis puts the urban soundscape, and its relationship to the landscape and design, under a microscope.

The work of this thesis began with an investigation into the theories of composers John Cage and R. Murray Schafer, along with key research of outdoor soundscape design and application. By establishing ways in which sound had previously been explored from a musical perspective and practical application, the creation of a new design theory and methodology for surveying sound was formed. The design theory demands that the existing soundscape of a landscape be documented and analyzed to ensure that it best suits the wants and needs of its users. Once the soundscape has been documented and the needs established, any necessary changes can be made by altering the landscape. The method of sound documentation was formed in using both auditory and visual components. The auditory portion for this sound documentation methodology has the surveyor take auditory recordings using a portable recording device. The visual portion was created in this thesis and inspired by styles of notation in Western Classical Music, John Cage, R. Murray Schafer, and Landscape Architect, Lawrence Halprin. This combined method allows for sounds in the landscape to be recorded for both the eyes and ears, showing the many attributes of a soundscape over the course of 10-minute intervals. 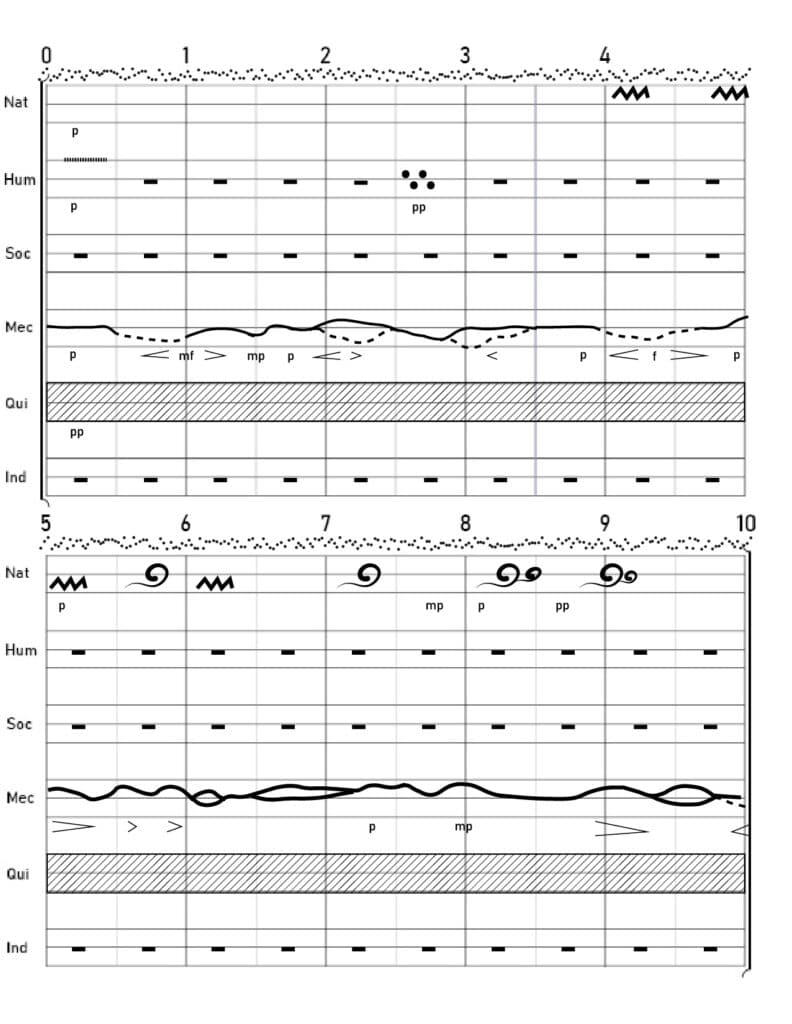 To test the theory and method, they were then applied to the re-making of an urban soundscape and landscape. Located in Washington D.C., the site was chosen based on a variety of factors including but not limited to, sound sources, size of space, and geographic location. To begin the design process, the site was then analyzed both sonically and visually. The resulting soundscape and landscape design created a more varied and engaging sonic experience, further exploring the impacts of sound on the perception of place and a close examination of the conscious, subconscious, beautiful, and necessary in the design of landscape. 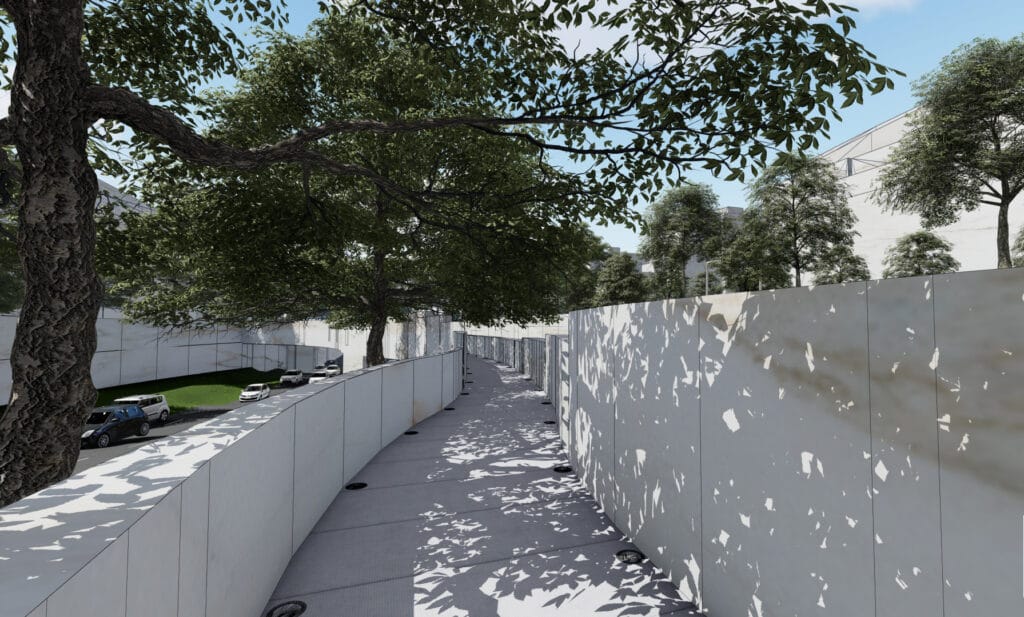 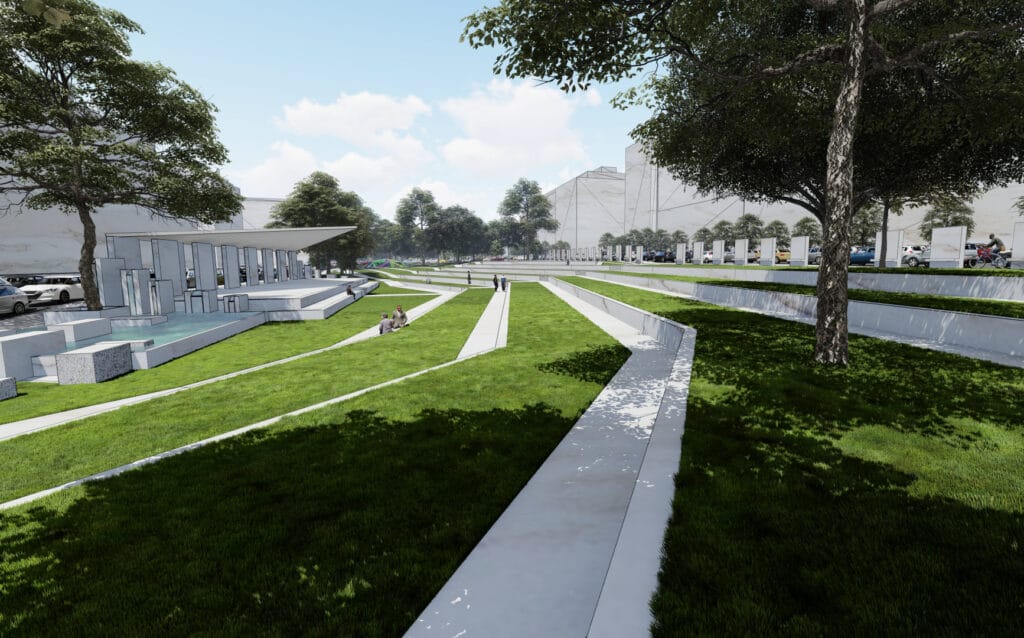