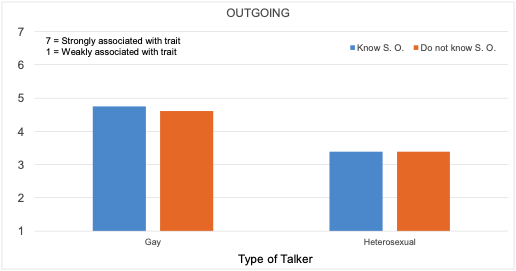 In conclusion, if listeners knew the talkers’ sexual orientation (i.e., greater social context), then this did not strengthen associations between gay and heterosexual talkers and certain personality traits.