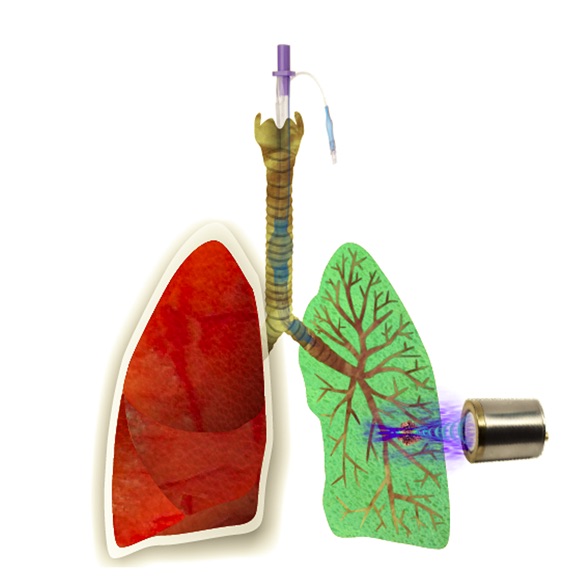 Lung is known as a total acoustic absorber which in turn makes the use therapeutic ultrasound for local lung tumour treatment unsuitable.

By replacing pulmonary gas with saline, acoustic transmission can be achieved. Such One Lung Filling (OLF) has been studied intensively showing no cardio pulmonary deficiencies and is an accepted procedure in pneumology for clearance from proteinosis or silica dust.

These findings suggest valuable benefits for future clinical implementation. Most lung cancer are inoperable at diagnosis due to poor lung function or advanced stage, the parenchyma sparing property of Lung HIFU could help to reduce tumor load while preserving lung function without toxicity. Additionally, the repeatability of therapeutic ultrasound can provide iterative treatment in case of recurrence or new metastasis.