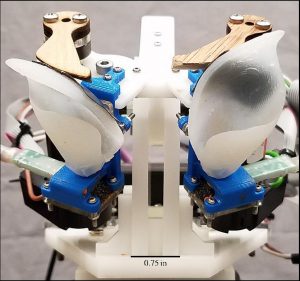 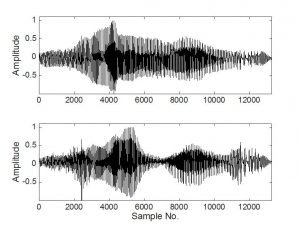 “You know, I can feel the fear that you carry around and I wish there was… something I could do to help you let go of it because if you could, I don’t think you’d feel so alone anymore.”
— Samantha, a computer operating system in the movie “Her”

Computers that can recognize human emotions could react appropriately to a user’s needs and provide more human like interactions. Emotion recognition can also be used as a diagnostic tool for medical purposes, onboard car driving systems to keep the driver alert if stress is detected, a similar system in aircraft cockpits, and also electronic tutoring and interaction with virtual agents or robots. But is it really possible for computers to detect the emotions of their users?

During the past fifteen years, computer and speech scientists have worked on the automatic detection of emotion in speech. In order to interpret emotions from speech the machine will gather acoustic information in the form of sound signals, then extract related information from the signals and find patterns which relate acoustic information to the emotional state of speaker. In this study new combinations of acoustic feature sets were used to improve the performance of emotion recognition from speech. Also a comparison of feature sets for detecting different emotions is provided.

The mel scale is a perceptual scale for pitches as judged by listeners to be equal in distance from one another. Using mel frequencies in cepstral analysis approximates the human auditory system’s response more closely than using the linearly-spaced frequency bands. If we map frequency powers of energy in original speech wave spectrum to mel scale and then perform cepstral analysis we get Mel-Frequency Cepstral Coefficients (MFCC). Previous studies use MFCC for speaker and speech recognition. It has also been used to detect emotions.

Teager Energy Operator features:
Another approach to modeling speech production is to focus on the pattern of airflow in the vocal tract. While speaking in emotional states of panic or anger, physiological changes like muscle tension alter the airflow pattern and can be used to detect stress in speech. It is difficult to mathematically model the airflow, therefore Teager proposed the Teager Energy Operators (TEO), which computes the energy of vortex-flow interaction at each instance of time. Previous studies show that TEO related features contain information which can be used to determine stress in speech.

Acoustic landmarks:
Acoustic landmarks are locations in the speech signal where important and easily perceptible speech properties are rapidly changing. Previous studies show that the number of landmarks in each syllable might reflect underlying cognitive, mental, emotional, and developmental states of the speaker.

Classification:
The data used in this study came from the Linguistic Data Consortium’s Emotional Prosody and Speech Transcripts. In this database four actresses and three actors, all in their mid-20s, read a series of semantically neutral utterances (four-syllable dates and numbers) in fourteen emotional states. A description for each emotional state was handed over to the participants to be articulated in the proper emotional context. Acoustic features described previously were extracted from the speech samples in this database. These features were used for training and testing Support Vector Machine classifiers with the goal of detecting emotions from speech. The target emotions included anger, fear, disgust, sadness, joy, and neutral.

The results of this study show an average detection accuracy of approximately 91% among these six emotions. This is 9% better than a previous study conducted at CMU on the same data set.

Real-world speech understanding in naturally “crowded” auditory soundscapes is a complex operation that acts upon an integrated speech-plus-noise signal.   Does all of the auditory “clutter” that surrounds speech make its way into our heads along with the speech? Or, do we perceptually isolate and discard background noise at an early stage of processing based on general acoustic properties that differentiate sounds from non-speech noise sources and those from human vocal tracts (i.e. speech)?

We addressed these questions by first examining the ability to tune into speech while simultaneously tuning out noise. Is this ability influenced by properties of the listener (their experience-dependent knowledge) as well as by properties of the signal (factors that make it more or less difficult to separate a given target from a given masker)? Listeners were presented with English sentences in a background of competing speech that was either English (matched-language, English-in-English recognition) or another language (mismatched-language, e.g. English-in-Mandarin recognition). Listeners were either native or non-native listeners of English and were either familiar or unfamiliar with the language of the to-be-ignored, background speech (English, Mandarin, Dutch, or Croatian). Overall, we found that matched-language speech-in-speech understanding (English-in-English) is significantly harder than mismatched-language speech-in-speech understanding (e.g. English-in-Mandarin). Importantly, listener familiarity with the background language modulated the magnitude of the mismatched-language benefit On a smaller time scale of experience, we also find that this benefit is modulated by short-term adaptation to a consistent background language within a test session. Thus, we conclude that speech understanding in conditions that involve competing background speech engages experience-dependent knowledge in addition to signal-dependent processes of auditory stream segregation.

Experiment Series 2 then asked if listeners’ memory traces for spoken words with concurrent background noise remain associated in memory with the background noise. Listeners were presented with a list of spoken words and for each word they were asked to indicate if the word was “old” (i.e. had occurred previously in the test session) or “new” (i.e. had not been presented over the course of the experiment). All words were presented with concurrent noise that was either aperiodic in a limited frequency band (i.e. like wind in the trees) or a pure tone. Importantly, both types of noise were clearly from a sound source that was very different from the speech source. In general, words were more likely to be correctly recognized as previously-heard if the noise on the second presentation matched the noise on the first presentation (e.g. pure tone on both first and second presentations of the word). This suggests that the memory trace for spoken words that have been presented in noisy backgrounds includes an association with the specific concurrent noise. That is, even sounds that quite clearly emanate from an entirely different source remain integrated with the cognitive representation of speech rather than being permanently discarded during speech processing.

These findings suggest that real-world speech understanding in naturally “crowded” auditory soundscapes involves an integrated speech-plus-noise signal at various stages of processing and representation. All of the auditory “clutter” that surrounds speech somehow makes its way into our heads along with the speech leaving us with exquisitely detailed auditory memories from which we build rich representations of our unique experiences.