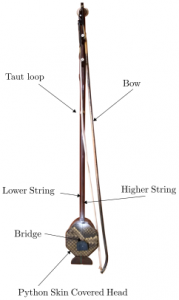 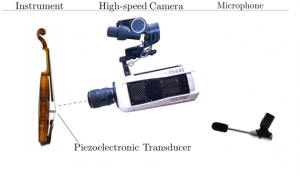 Noise, vibration, and harshness, also known as NVH, refers to the comprehensive engineering of noise and vibration of a device through stages of their production, transmission, and human perception. NVH is a primary concern in car and home appliance industries because many consumers take into account the quality of noise when making buying decisions. For example, a car that sounds too quiet (unsafe) or too loud (uncomfortable) is a definite turnoff. That said, a smartphone may strike you as an acoustically innocuous device (unless you are not a big fan of Metallica ringtones), for which the application of NVH seems unwarranted. After all, who would expect the roar of a Harley from a smartphone? But think again. Albeit small in amplitude (less than 30 dB), smartphones emit an audible buzz that, because of the close proximity to the ear, can degrade the call quality and cause annoyance. 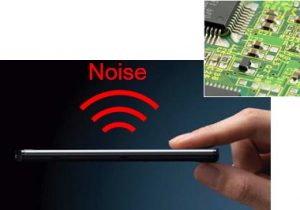 Figure 1: Smartphone noise caused by MLCCs
The major culprit for the smartphone noise is the collective vibration of tiny electronics components, known as multi-layered ceramic capacitors (MLCCs). An MLCC is basically a condenser made of piezoelectric ceramics, which expands and contracts upon the application of voltage (hence piezoelectric). A typical smartphone has a few hundred MLCCs soldered to the circuit board inside. The almost simultaneous pulsations of these MLCCs are transmitted to and amplified by the circuit board, the vibration of which eventually produces the distinct buzzing noise as shown in Fig. 1. (Imagine a couple hundred rambunctious little kids jumping up and down on a floor almost in unison!) The problem has been even more exacerbated by the recent trend in which the name of the game is “The slimmer the better”; because a slimmer circuit board is much easier to flex it transmits and produces more vibration and noise.
Recently, Yonsei University and Samsung Electromechanics in South Korea joined forces to address this problem. Their comprehensive NVH regime includes the visualization of smartphone noise and vibration (transmission), the identification and replacement of the most problematic MLCCs (production), and the evaluation of harshness of the smartphone noise (human perception). For visualization of smartphone noise, a technique known as the nearfield acoustic holography is used to produce a sound map as shown in Fig. 2, in which the spatial distribution of sound pressure, acoustic intensity or surface velocity can be overlapped on the snapshot of the smartphone. Such sound maps help smartphone designers draw a detailed mental picture of what is going on acoustically and proceed to rectify the problem by identifying the groups of MLCCs most responsible for producing the vibration of the circuit board. Then, engineers can take corrective actions by replacing the (cheap) problematic MLCCs with (expensive) low-vibration MLCCs. Lastly, the outcome of the noise/vibration engineering is measured not only in terms of physical attributes such as sound pressure level, but also in their psychological correlates such as loudness and the overall psychoacoustic annoyance. This three-pronged strategy (addressing production, transmission, and human perception) is proven to be highly effective, and currently Samsung Electromechanics is offering the NVH service to a number of major smartphone vendors around the world.