The Acoustic World of Bat Biosonar

Ultrasound plays a pivotal role in the life of bats, since the animals rely on echoes triggered by their ultrasonic biosonar pulses as their primary source of information on their environments.

However, air is far from an ideal medium for sound propagation since it subjects the waves to severe absorption that dissipates sound energy into heat. Because absorption gets a lot worse with increasing frequency, the ultrasonic frequencies of bats are particularly effected by this and the operation range of bat biosonar is just a few meters for typical sensing tasks.

Absorption limits the highest ultrasonic frequencies that the bats can operate on. This has consequences for the ability of the animals to concentrate the acoustic energy they emit or receive in narrow beams. Forming a narrow beam requires a sonar emitter/receiver that is much larger than the wavelength. Being small mammals, bat have not been able to evolve ears that are much larger (i.e., 2 or 3 orders of magnitude) than the ultrasonic wavelengths of their biosonar systems and hence have fairly wide beams (e.g., 60 degrees or wider).

Figure 1 [forestechoex.jpg]. Ultrasonic pulses followed by their echo trains that where created by a robot that mimics the biosonar system of horseshoe in a forest.

For bat species that navigate and hunt in dense vegetation, a broad sonar beam means that the animals receive a lot of “clutter” echoes from the surrounding vegetation. These clutter echoes are likely to drown out informative echoes related to important the presence of prey or passage ways. 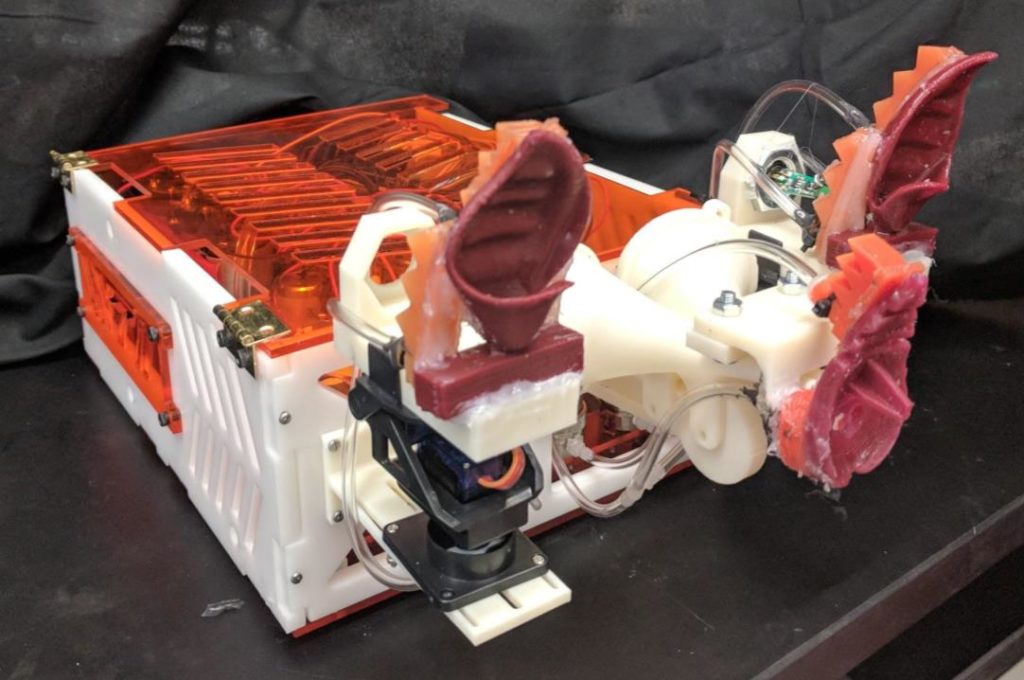 Given these basic acoustical conditions, it appears that bat biosonar should be a complete disaster, but in reality the opposite is the case. Bats are the second most species-rich group of mammals (after rodents) and have successfully conquered a diverse set of habitats and food sources based on a combination of active biosonar and flapping flight. Hence, a narrow focus on standard sonar parameters like beamwidth, signal-to-noise ratio, resolution, etc. may not be the right direction to understand the biosonar skills of bats. To remedy this situation, we have created a robot that mimics the biosonar system of horseshoe bats. The robot is currently being used to collect large numbers of echoes from natural environments to create a data basis to identify non-standard informative echo features using machine learning methods.