A flight recorder is installed in every aircraft to record the flight status. When the aviation accident occurs, this recorder can help clarify the cause of the incident. Furthermore, if the plane crashes into the ocean, the underwater locater beacon (ULB) inside the flight recorder will be triggered which would make a sound that could be located by the rescue team.

In 2009, there was a serious accident involving the Air French flight 447. According to the final report, French Civil Aviation Safety Investigation Authority suggested that the ULB should acquire extended transmission time up to 90 days and increased transmission range. In Taiwan, the flight recorder has already been installed with a 37.5 kHz ULB inside the tail section of every vehicle, and now Taiwan Transportation Safety Board considered to put in an additional 8.8 kHz ULB in the flight belly. (Picture 1) 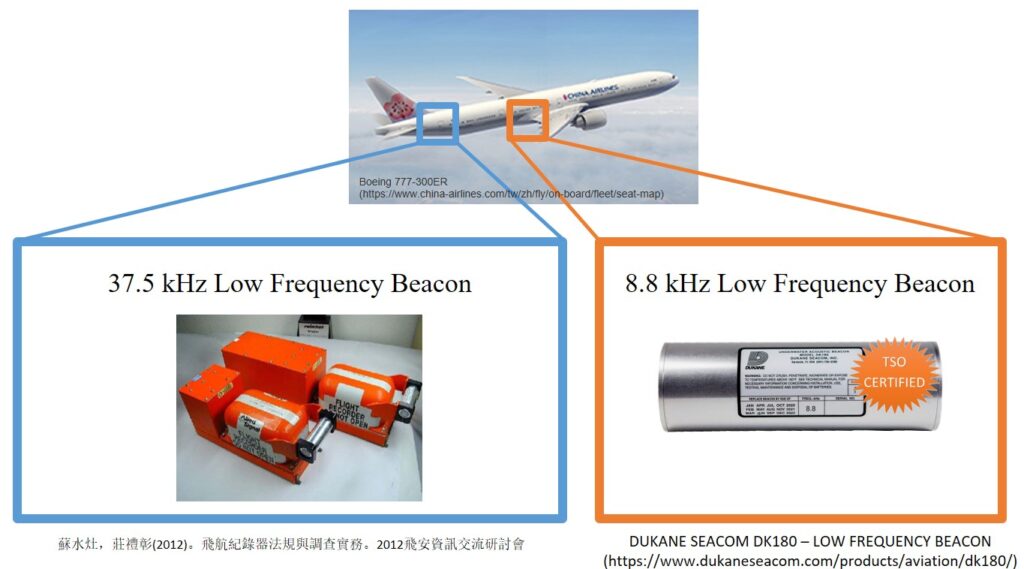 The main propose of this study is to understand the performance of the newly bought 8.8 kHz ULB – DUKANE SEACOM DK180. Firsts off, I did the simulation on both ULB to compare the detection ranges (DR), and according to the beacon specifications, the source level (SL) of the both is 160 dB re 1μPa. 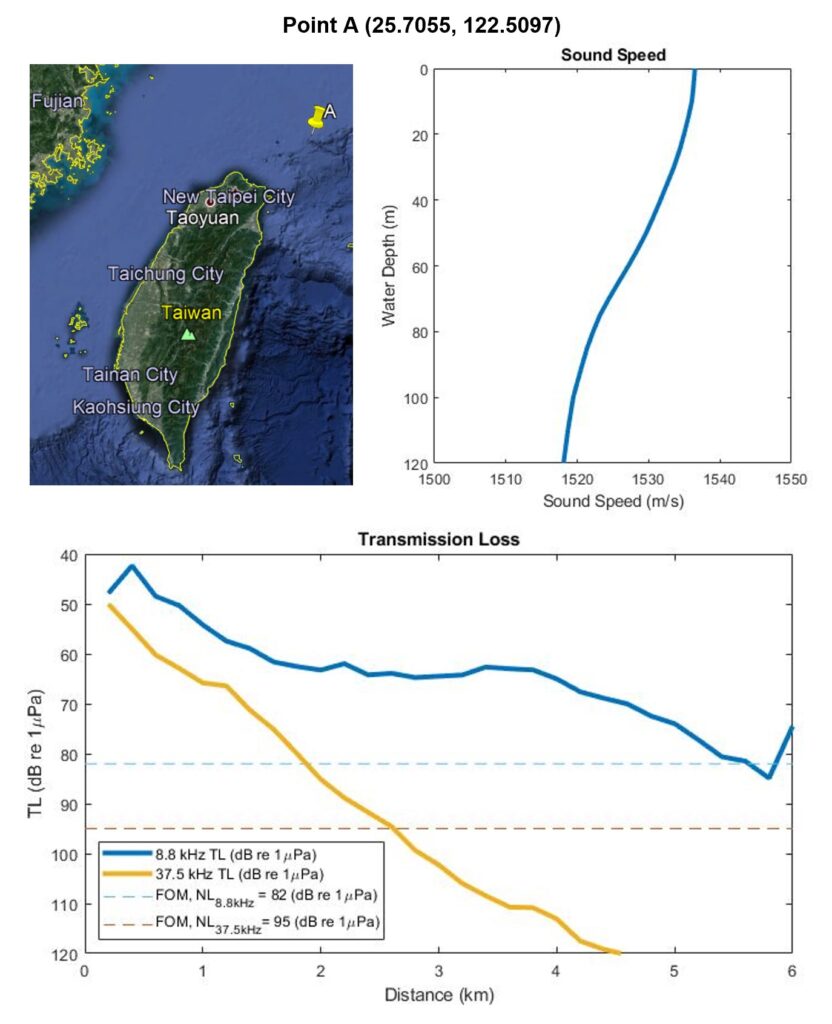 In the study, I have also done the experiment in Taiwan Miaoli offshore. The results also show that the newly bought 8.8 kHz ULB would have a smaller TL and longer DR. In summary, with an additional 8.8 ULB, the more precise prediction of the beacon location could be obtained.