Can We Map the Entire Global Ocean Seafloor by 2030?

Center for Coastal and Ocean Mapping

Today it is trivial, with a few clicks of a mouse, to enter an application like Google Earth and explore the complexity of a range of earth processes with extraordinary detail.  While this is true for the brown and green parts of the Earth, it is not the case for the three-quarters of the earth that is blue – for the light waves that are used to image the land cannot penetrate far into ocean waters.  Thus while 100% of the land surface on the earth is mapped in remarkable detail, most of the ocean is unmapped and unexplored.  Knowing seabed depths, (bathymetry) is of vital importance for safety of navigation, predicting storm surge and tsunami inundation, mapping deep-sea habitats and ecosystems, laying cables and pipelines, exploring for resources, understanding ocean currents and their impact on climate change, national security issues and exploring human history as preserved in shipwrecks.

Given the inability of light to penetrate the oceans, for thousands of years, the only technique available to map the deep ocean was a hunk of lead at the end of a rope (lead line).  Unlike light, sound travels far distances in seawater and in the early 1900’s, the development of echo-sounders allowed for a much more rapid and accurate means of measuring ocean depths.  Initially echo-sounders used a single beam of sound that generated a broadly averaged measurement of depth, but in the late 1980s a new type of echo-sounder (multibeam echo-sounder) was developed that simultaneously provided hundreds of high-resolution measurements over a wide swath, revolutionizing our ability to map the seafloor.   By 2018 however, only 9% of the deep ocean seafloor had been mapped with multibeam echo-sounders. 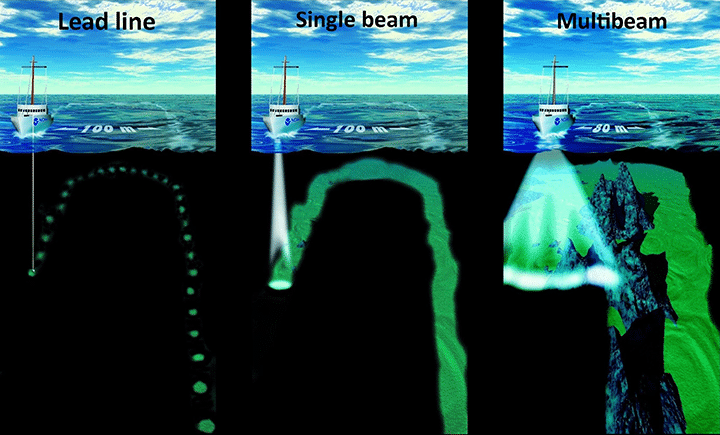 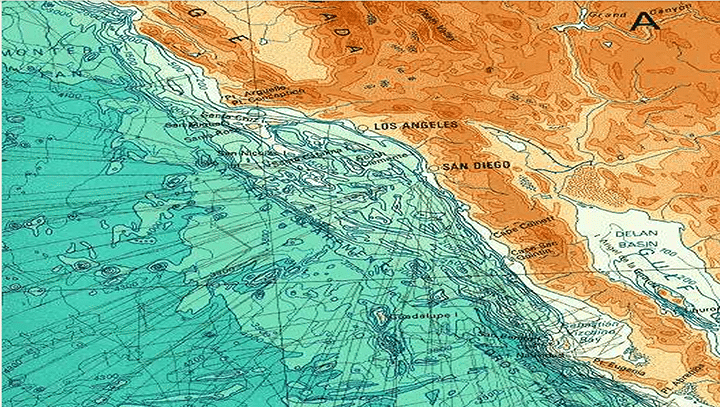 Recognizing the poor state of knowledge of ocean depths and the critical role such knowledge plays in understanding and maintaining our planet, the Nippon Foundation challenged the mapping community to produce a complete map of the world ocean seafloor by 2030. The result, “The Nippon Foundation-GEBCO Seabed 2030 Project,” has already increased publicly-available holdings of modern deep-sea mapping data from 9% to 19% in the 2020.  Some of this initial increase came through discovery of existing data; the challenge now is to complete new mapping, an effort estimated to require approximately 200 ship-years (at a cost of $3-5B) using current technologies. While this seems like a large amount to spend on mapping our planet, the reality is that we have spent much more than this mapping other planets (i.e., Mars and the Moon) at much higher resolution. Why not our own planet?

Meeting the challenge of complete mapping of the global ocean will require innovative new technologies that can increase efficiency, cost-effectiveness and, capabilities.  Autonomous vessels are being developed that can deliver high-resolution mapping systems without the significant cost of crews, and wind-powered autonomous systems, without the cost of crews or fuel.  Along with these new platform technologies innovative new acoustic approaches capable of providing wider swaths and higher resolution are also being developed.  As these new technologies evolve, the aspirational goal of Seabed 2030 may very well become a reality. 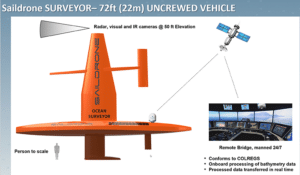 22 meter (72 foot) uncrewed Saildrone Surveyor – soon to be launched to autonomously sail the globe collecting deep-sea bathymetric (and other) data.