Ask any member of the Purdue University community about the “Clapping Circle,” and they will eagerly tell you about the unforgettable squeak that appears to materialize out of thin air when you stand in the middle of it and clap your hands. In 2019, the Purdue student chapter of the Acoustical Society of America gathered a team of undergraduate students, graduate students, and faculty to conduct a study to establish, once and for all, the specific acoustic mechanisms behind “the squeak.” 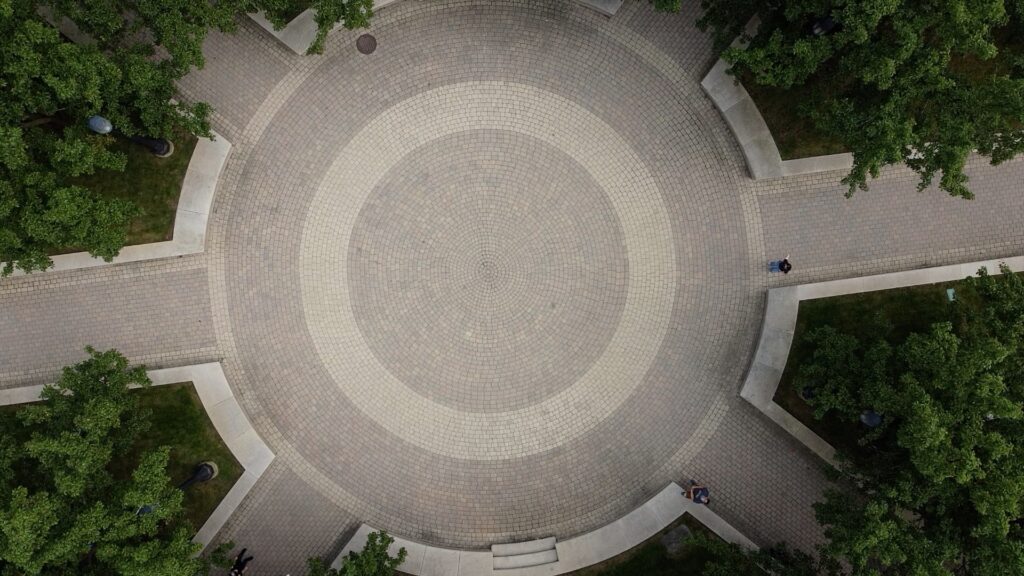 An aerial photo of the Clapping Circle

A recording of the clap and subsequent squeak

The Clapping Circle is a circular plaza consisting of sixty-six concentric rings of stone tiles, and with stone benches on its edges. This architectural feature has led to numerous theories from acoustics experts about the cause: from reflections off the ground tiles, to the surrounding benches, or even the surrounding trees and buildings.

The members of the Purdue student chapter of the ASA decided to thoroughly investigate. They set up a multidirectional speaker in the middle to simulate a clap at different heights, and then recorded the results through a microphone. They even covered the entire circle in moving blankets to act as a control. 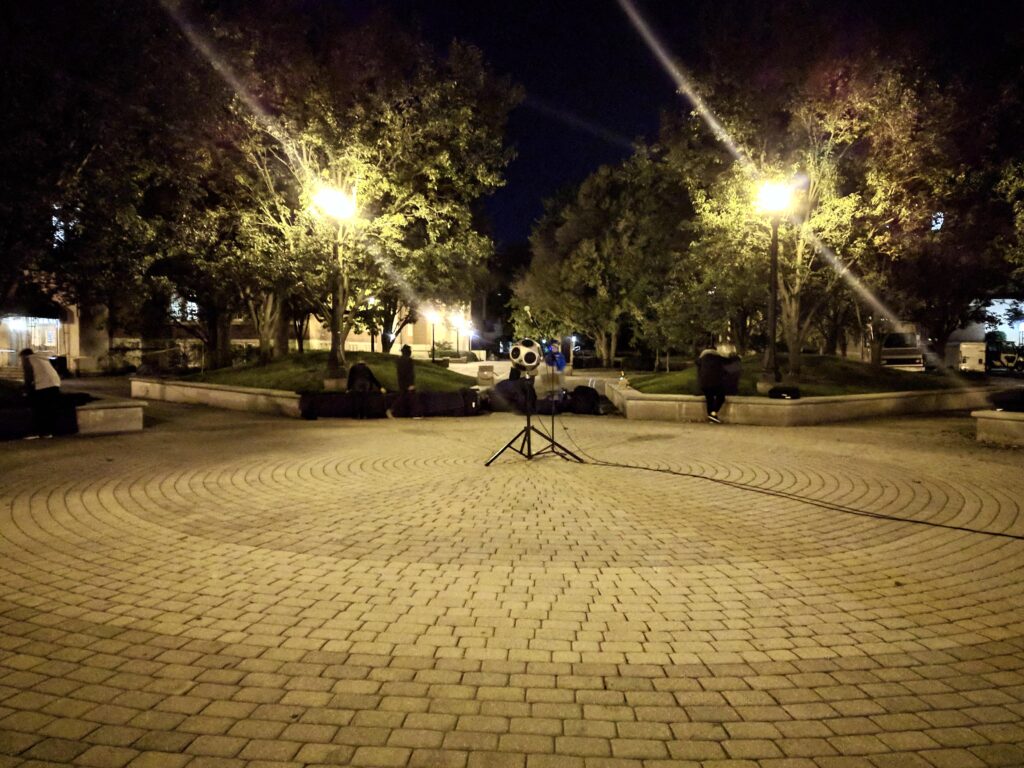 The experiments confirmed their theory: two phenomena known as “acoustical diffraction grating” and “repetition pitch”  combined to create the effect.  Acoustical diffraction grating refers to the reinforcement of certain frequencies produced by a reflection, which they theorized was coming from the progressively more distant bevels between the ground tiles. “Repetition pitch” refers to the ear’s processing of repeated percussive sounds as a pitch. Put both of these together, and you get a rapidly descending pitch which sounds like a squeak.

When they covered the circle with hundreds of moving blankets, the squeak disappeared – ultimately proving their theory correct.

While similar studies have been performed at stepped architectural features (such as the pyramid at Chichen-Itza), this is the most completely researched explanation of the “clapping circle” phenomenon.  And now, thanks to these diligent acoustics students, the tour guides at Purdue University will have a proper scientific explanation for “the squeak!” 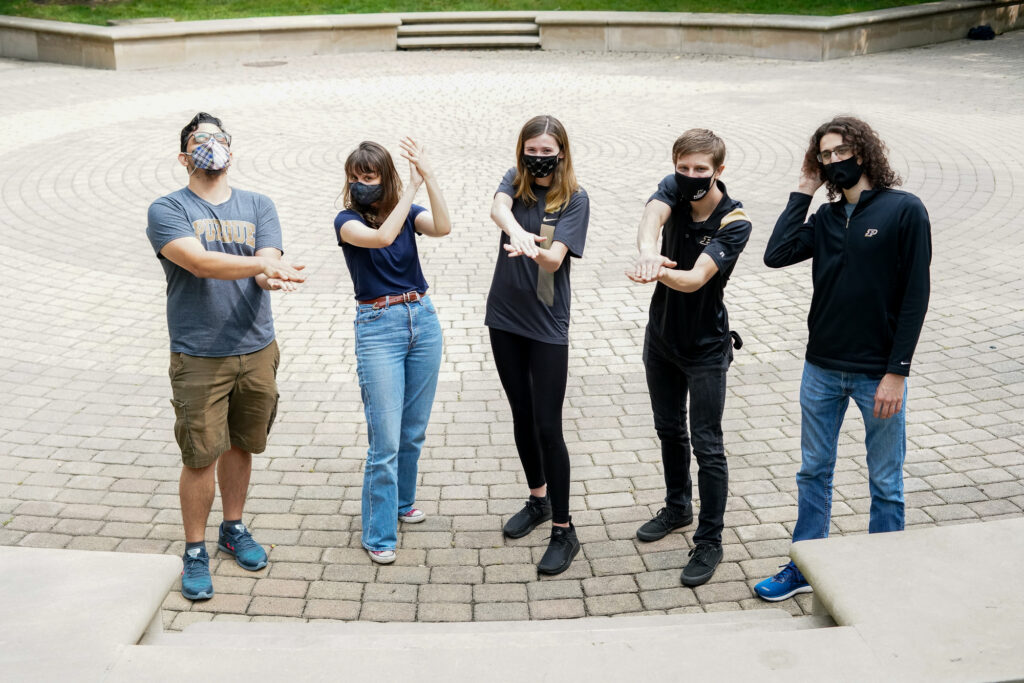 Some of the investigation team at the site

the video link below, Link to a promotional video about the project created by Purdue University