Humpback whales (Megaptera novaeangliae) were made famous by the discovery that male whales sing long complex songs on the breeding grounds[1]. Humpbacks, however, also produce a wide range of sounds throughout their range—purrs, shrieks, whups, moans, and more—that have received considerably less attention[2-5]. Unlike song, which is produced exclusively by male whales and serves a presumptive breeding purpose, males, females, and juveniles all produce these ‘non-song vocalizations’ [3, 4, 6-10], although the context under which these sounds are used remains largely unknown.

The ocean is getting louder. As shipping throughout the North Pacific, and the world, continues to increase humpback whales, and many other acoustically oriented marine animals, run the risk of being negatively impacted by an inundation of man-made (anthropogenic) noise. Large vessel noise from shipping in particular may have the ability to acoustically mask humpback whale vocalizations, preventing animals from being able to detect one another (Figure 1).

The ability to adapt to these changing ocean conditions may be critical for the success of the species, and the ecosystems they inhabit. Recognizing adaptation in the face of a changing ocean is contingent on understanding vocal behavior now in a relatively quiet ocean, and comparing it to future behavior. Understanding patterns of use and the role of non-song vocal behavior in humpback whale communication allows for a more comprehensive assessment of the potential risks of increasing man-made (anthropogenic) noise.

In Southeast Alaska humpback whales are known to produce at least sixteen unique vocalizations that fall into four vocal classes (Figure 2, Sounds 1-4). In this study we investigated whether call types from each vocal class were used equally, and what impact social interaction between animals may have on vocal behavior. What we found was that unlike song, which is highly stereotyped and repeated throughout the breeding season, the use of non-song calls on foraging grounds is at least somewhat context driven and may be spatially mediated. For example, the use of pulsed (P) calls, including wops, swops, and horse calls, increased as whale clustered together on a foraging ground. Furthermore, as clustering increased the vocal behavior of the whales grew more diverse; indicating that as the opportunity for close range interaction increased the amount of information conveyed with vocalizations grew more complex

Not all calls were used equally; some calls, like the Southeast Alaskan “Growl” and “Whup” calls, dominated the soundscape, while other calls with structure more reminiscent of song were relatively uncommon. The whup and growl calls, which have been proposed as contact calls, made up more than half of the vocalizations detected throughout the study. While the discrete function of these and other non-song vocalizations is still unknown, this study indicates that non-song vocalizations serve a communicative function that may be social in nature. Work like this lays the foundation for investigation into discrete call function and vocal resilience; two topics which will play a key role in understanding the vocal behavior of humpback whales and how they respond to increasing anthropogenic noise in our world’s oceans. (Figure 3) 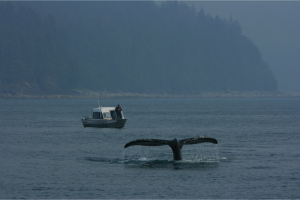 Figure 1 – Humpback whales increasingly share the ocean with vessels ranging in size from cruise ships to zodiacs. All motorized vessels have the potential to input some sort of noise into the marine environment. As acoustically oriented animals humpbacks whales produce a wide range of vocalizations to communicate, though their function is not yet understood. 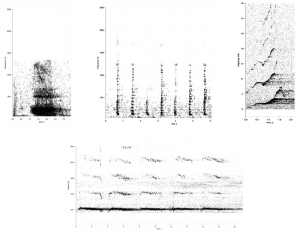 Figure 2 – A recent study of Southeast Alaskan humpback whales found that whales produce at least 16 unique call types that fall into one of four vocal classes. Example spectrograms (visual representations of sound) of calls from each class are shown above: (L-R) Low-Frequency Harmonic, Pulsed, Noisy/Complex, Tonal. 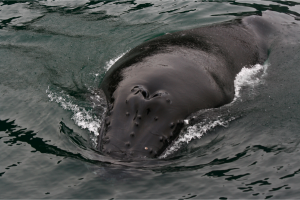 Figure 3 – Humpback whales are considered a medium sized baleen whale, weighing in at approximately 35 tons in weight and reaching lengths of 30-50 feet.

Sound File 1- An example of a Southeast Alaskan ‘whup’ call

Sound File 2- An example of a Southeast Alaskan ‘swop’ call

Sound File 3- An example of a Southeast Alaskan ‘Ascending Shriek’

Sound File 4- An example of a Southeast Alaskan ‘Feeding Call’